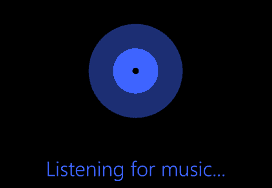 Windows Phone 8.1 has a lot of great new features, one of which is Cortana. Not only does it work as a digital assistant, it can identify songs like Shazam.

Cortana is the new digital assistant in Windows Phone 8.1 that is similar to Siri or Google Now. It’s arguably the most hyped new feature for Microsoft’s new mobile operating system, but it’s only available in the U.S. and is currently in beta. You can use it for web searches, current weather, scheduling appointments, launching apps, and a lot more.

One of the cool things Cortana is able to do is identify songs that are playing. This is something apps like Shazam or SoundHound do (both are available for Windows Phone), but this featured is directly baked into Windows Phone 8.1 – no separate app required. While it doesn’t have as many extra features that other apps do, it’s a nice feature and is convenient to use.

Remember that Windows Phone 8.1 is available for all Windows Phone 8 users. It’s set to come out sometime this summer, but if you can’t wait, you can get it now. For details on how to get it, check out the following article:

How to Get Windows Phone 8.1 Update Now

There’s two ways to launch Cortana. From the Start screen, tap the Cortana icon, or simply press the physical search button on the phone. When Cortana launches, hit the music note icon and allow it to play for a few seconds. 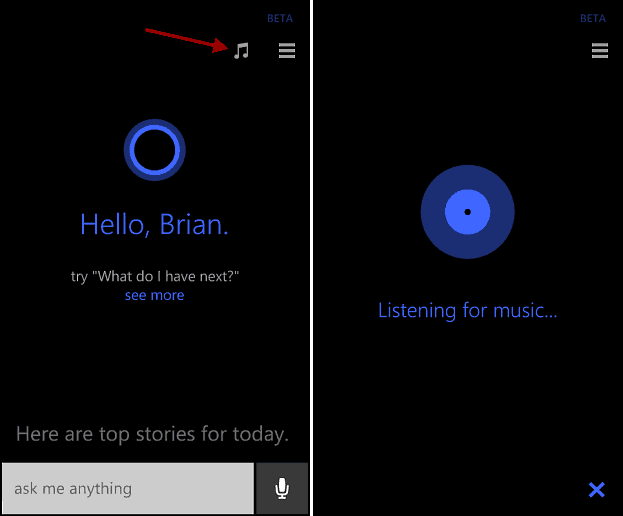 After Cortana has figured it out, the song will be displayed.If you tap it,Xbox Music launches and give the option to download or purchase the song. Or, if it’s already in your collection, you can play it. I’m subscribed to Xbox Music Pass, and in this example the song is in one of my playlists in my collection. 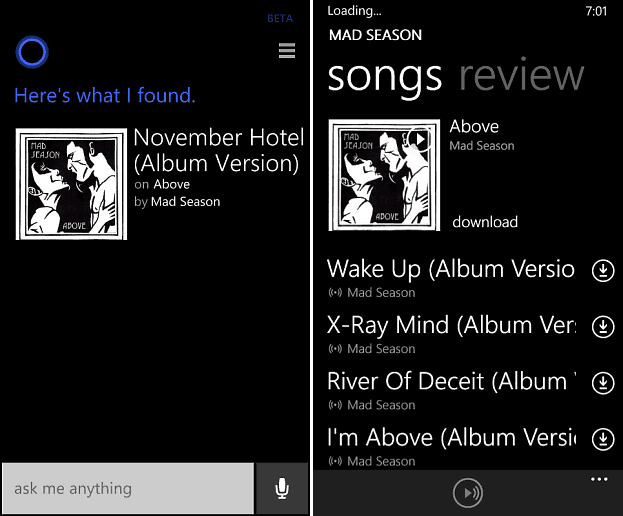 Another cool thing you can do is go back and look through you past music searches. 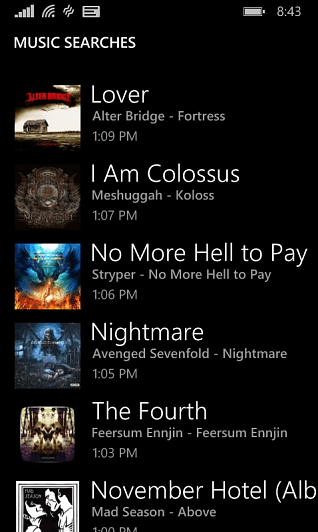 I’ve had good luck with this so far. I was able to have Cortana identify songs that are playing in the background on TV shows too. It doesn’t have all of the bells and whistles of say SoundHound – that lets you sing or hum a song in your head and figures out what it is. Still, it’s a nice feature to have at the ready if you need it.