Microsoft today released Windows 10 Creators Update Preview Build 15058 for Insiders in the Fast ring. Here’s a look at what to expect.

Microsoft today is on a roll when it comes to issuing updates. Earlier today it rolled out Cumulative Update KB4013429 for Windows 10 version 1607. And later in the evening, Microsoft released Windows 10 Creators Update Insider Build 15058.

This update comes on the heels of last week’s Insider Build 15055. As with last week’s build, there are no new features but does include a good number of “under the hood” improvements and bug fixes. We’re getting closer to Microsoft signing off on the final version as is set to be rolled out to everyone next month.

It’s also worth noting that the watermark which is normally displayed at the lower-right corner of the desktop has been removed. The version is, of course, still 1703 and the expiration date in the About Windows screen is gone. 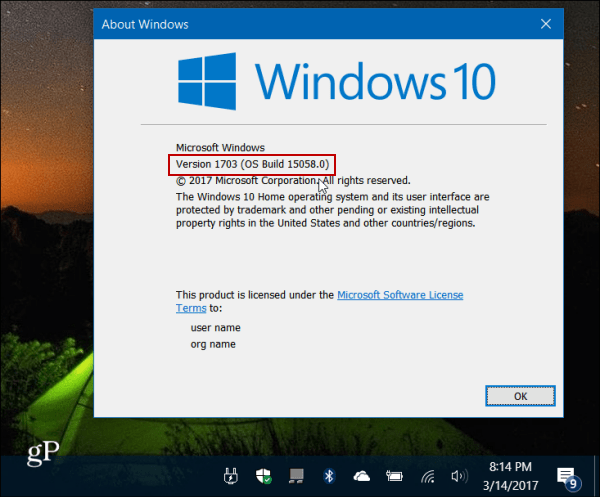 In fact, after installing the Windows 10 Cumulative Update KB4013429 — head to Settings > Update & security > Windows update and you’ll see the company is advertising Creators Update which you can see in the screenshot below. 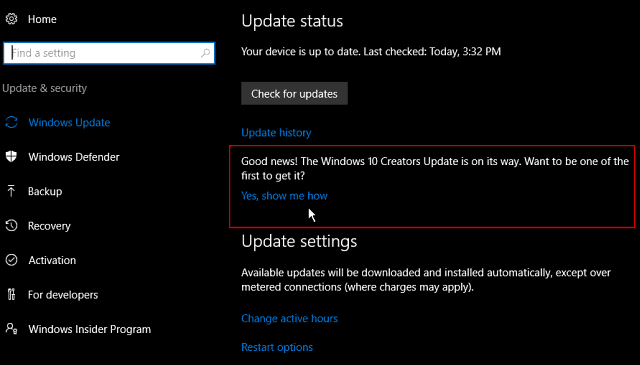 To get the latest update, verify that you’re in the Fast ring (which you might not be if you moved to the Slow ring to get built-in app updates) and go to Settings > Update & security > Windows update.

And, of course, remember that with all preview builds there are known bugs and other issues. Head to the Microsoft Blog to see the full changelog.

If you’re an Insider, let us know what you think of these recent builds as we get closer the final version of Creators Update.