After missing February’s Patch Tuesday, Microsoft is back on schedule and today released its normal batch of patches for Windows 10 version 1607. KB4013429 for the Anniversary Edition that most people are currently running is available.

After missing February’s Patch Tuesday, Microsoft is back on schedule and today released its normal batch of patches for Windows 10 version 1607. Cumulative update KB4013429 for the Anniversary Edition that most people are currently running. 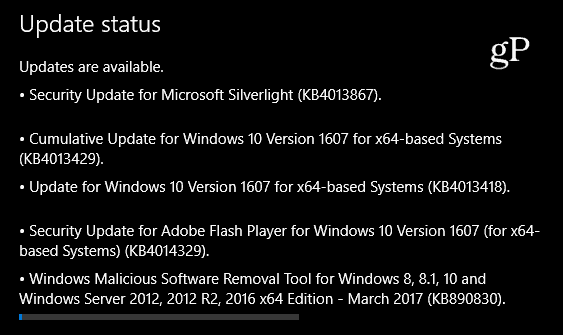 This update doesn’t add any new features but there is a plethora of bug fixes and security updates including a critical one for Adobe Flash Player for Microsoft Edge.

This latest update will also bump up your OS build number to 14393.953. You can verify that after installing the update, hitting the Windows key, and type: winver and hit Enter. 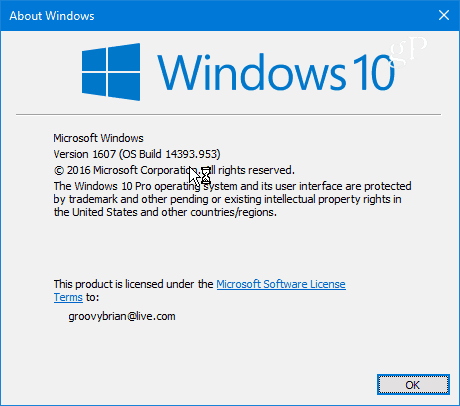 Since this is a Cumulative update, you should receive it automatically or if you like to stay on top of things head to Settings > Update & security > Windows update and download it. And, as always, a restart is required to complete install process.

Here is a list of changes in KB4013429 according to the Microsoft support page: