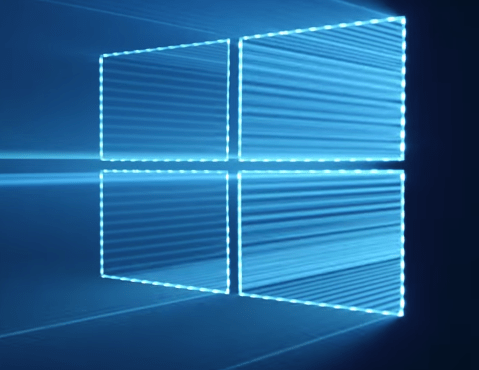 Microsoft has released another cumulative update for Windows 10 users, (KB3081438), which makes it the third in two weeks, and it’s live now.

There isn’t a whole lot of information of what this update addresses. In typical Microsoft fashion, the update says “This update includes improvements to enhance the functionality of Windows 10.”

There is a Microsoft Support page up, although it doesn’t spell out what exactly this update is addressing. Hopefully we’ll get more information on it in the coming days.

This updated does require a system restart, and remember you can schedule when restart takes place.

Since Microsoft has moved to the Windows 10 as a service model, I would expect we’ll see several of these cumulative updates on a regular basis.

It will be pushed to Windows 10 Home and Pro users automatically, but you can jump on it right away by going to Settings > Update & Security > Windows Update. 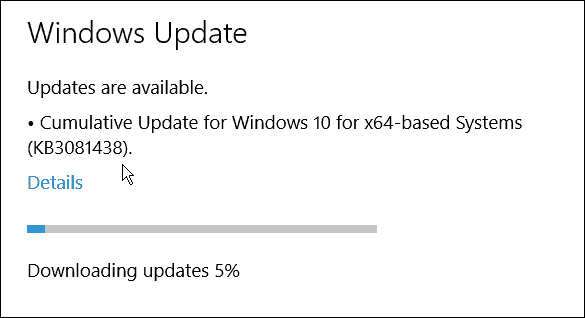 We downloaded the update and haven’t seen any problem. I have seen some discussion around the web that it fixed an issue for some people that were having with the Store — not able to download apps. Other reports are that the store is still broken for them. Personally I haven’t had any issues with the Store not working on any my PCs with Windows 10 installed, but would love to hear from you.

Let us know how the update goes for you and let us know how your experience is after updating in the comments below. Or continue the conversation in the Windows 10 Forums.