Microsoft today released Windows Insider Preview Build 16278 for PC to Insiders in the Fast ring. Here’s a look at what’s been fixed.

As we mentioned last week, Insiders shouldn’t expect any new features in any releases moving forward. “We are now at the point of the development cycle for the Windows 10 Fall Creators Update where our focus is now on stabilization for release to the world. This means that we intend to release new builds to Insiders more quickly and that these builds will include mostly bug fixes.” Dona Sarkar writes in today’s article announcing this build. 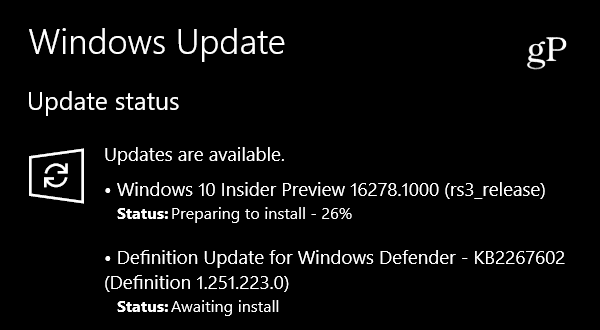 Here’s a look at the general changes, improvements, and fixes that you can expect in this most recent build according to Microsoft:

Are you an Insider testing out the latest preview builds of Windows 10 Fall Creators Update? If you are, have the bugs and other issues you’ve experienced been fixed in any of these latest “fit and finish” updates? Leave us a comment below and let us know. Or, for everything about the new OS, check out our Windows 10 Forums.