Microsoft today announced the release of Windows 10 Insider Preview Build 16273 for PC for users in the Fast ring. It has been three weeks since Microsoft released the last preview build. As we are getting close to the final rollout of Windows 10 Fall Creators Update, this latest build focuses less on new features and more on improving the quality of the OS, fine-tuning, and fixing bugs. The company is making Windows 10 S available to Insiders, too. 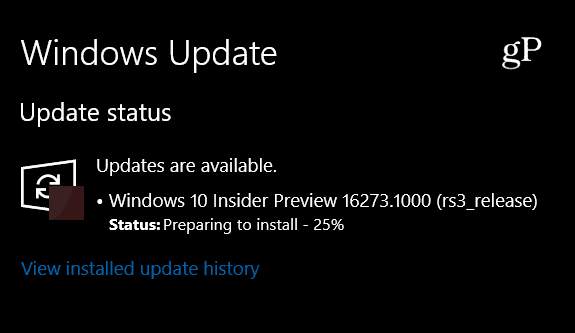 The main improvements are for Windows Shell, Microsoft Edge, and Touch and Pen Input.

Another interesting development is Microsoft is now providing Windows 10 S to Insiders for testing. Windows 10 S is still a work in progress and Microsoft opened it for external testing with developers and education customers earlier this summer. Now Insiders can get in on the action. To run Windows 10 S you will need to have a spare PC running Windows 10 Pro or Enterprise editions – Windows 10 Home won’t work.

Important: If aren’t familiar with Windows 10 S make sure to check out the following links before going ahead with the installation for testing.

There are other general changes and fixes in this build, too. Surprisingly there are no documented known issues in the full changelog released by the head of the Windows 10 Insider program, Dona Sarkar. However, as with all preview builds, it wouldn’t be a surprise if problems do pop up.

Update: Senior Program Manager at Microsoft Brandon LeBlanc responded on Twitter about no documentation of known issues. He says that since releases are coming so rapidly during this “stabilization phase” of the Insider Preview, known issues won’t be documented unless the team discovers a high impact problem.

Not missing. Since we're releasing builds more quickly and we're stabilizing, not listing them.

Are you an Insider and running this latest Windows 10 Insider build? Leave a comment below and let us know how things are working (or not working) for you on your system in the comment section below.