Microsoft will soon end support for Office 2013 for Office 365 for Business customers. Read on to find out what this means and what you need to do.

Microsoft launched the latest version of its productivity suite, Office 2016, in the fall of 2016. Office 2016 for Mac preceded the Windows release in the summer of 2016. As always, Microsoft is eager for its user base to upgrade to the latest and greatest.  The most immediate enticement to do so is the new and exciting Office 2016 feature set included in the newest version, particularly in the realm of collaboration and business intelligence. For Office 365 Business subscribers, Microsoft is giving a more adamant shove toward Office 2016 by ending support for Office 2013 next month. On February 28, Office 2013 will no longer be available through the Office 365 Admin and Self Service Portal—instead, only Office 2016 will be available. Read on to find out what this means for your enterprise. 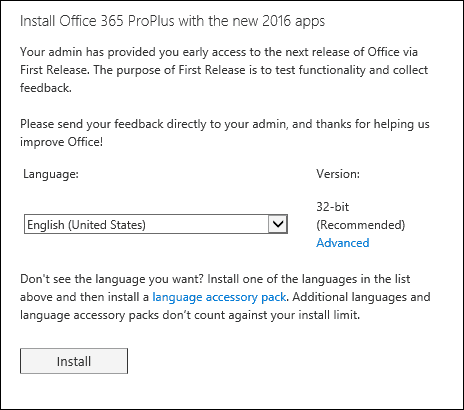 Organizations still running older Microsoft server technology such as Exchange 2007 should seriously make plans to move to a supported version. Office 2013 is the last release to support Exchange 2007; the now-dated mail server launched 10 years ago.

I have switched to Office 365 since its debut, and I must say, it has been relatively smooth. I can install the suite on up to five PCs or devices I own using the same Microsoft Account. I can choose between a combination of Mac, Windows, Android, or even iOS devices. So, the benefits of Office 365 are clear through its flexible deployment options.

Continual updates are also a significant benefit too. I have a perpetual copy of Office 2016 Professional Plus running on a desktop I keep offline, and you can notice the differences over the past year since the suite was launched. Features like PowerPoint Designer or new business intelligence features in Excel are not available in the perpetual release. Unlike Windows 10, updating Office 2016 rarely breaks things—for instance, I have many Office plugins installed, and I’ve yet to see any issues after an update. With the Office 2016 release, Microsoft has even introduced a new Office Insider program, which lets organizations and individuals try out new features and functionality before they are released to the general public.

If you haven’t upgraded yet, check out our previous article for instructions on how to upgrade from Office 365 2013 to 2016.