Clad in shorts and baggy shirts, a half dozen female dancers—since dubbed the Azure Dancing Girls—jumped around the stage as a male voice on a loudspeaker rapped lyrics promoting the fact that Norwegian developers were …. 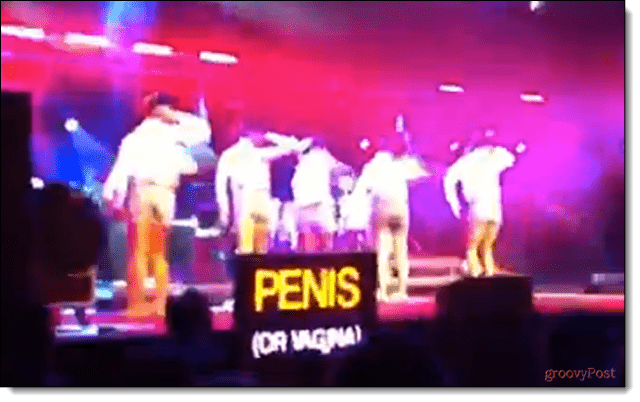 Microsoft has issued an apology for a presentation that included dancing girls and obscene song lyrics.

The performance was presented at  the Norwegian Developers Conference to promote new features in the Azure cloud computing platform. Clad in shorts and baggy shirts, a half-dozen female dancers—since dubbed the Azure Dancing Girls—jumped around the stage as a male voice on a loudspeaker rapped lyrics promoting the fact that Norwegian developers were there “2 PARTY!”

A screen in front of the stage displayed the lyrics, which included, “I’m a computer genious (sic) / The words MICRO and SOFT don’t apply to my penis,” below which was added an unsung ”(or vagina)” the spirit of gender equality.

Wired wrote that the lyrics gave new meaning to the song “Norwegian Wood.”

On its Windows Azure Youtube channel, next to a video of the performance, Microsoft posted an apology: “This week’s Norwegian Developer’s Conference included a skit that involved inappropriate and offensive elements and vulgar language. We apologize to our customers and our partners and are actively looking into the matter.”

For the story behind the story, read the confession of the conference’s keynote speaker about his contribution to Microsoft’s boner.

If  you want to see for  yourself, not merely whether the  presentation was offensive, but exactly how lame the entire production was, here’s  the video: