From the stunning Surface Studio and Surface Dial (a brand new input device) to its aspirations to become the “Gutenberg press” of 3D content, this is a majorly ambitious effort on Microsoft’s part.

In a word, Microsoft’s vision unveiled today at the Windows 10 event was ambitious. The obvious highlights are the new Windows 10 Creators Update, the new Surface Book with 16-hour battery life, and the stunning all-in-one Surface Studio, which sports a gigantic 4.5K touchscreen and a new input device that Microsoft just invented: the Surface Dial.  Combined, these releases encapsulate Microsoft’s reimagination of what Windows hardware and software do for you, but also what you do with Windows. Here’s what they said on the Windows Experience Blog:

With Windows 10, our goal is to have the effect of the Gutenberg Press on this next generation of computing, enabling 3D creativity, mixed reality, and eSports & game broadcasting for everyone.

Microsoft is now building Windows for us “creators.” That’s the theme of their vision, and mark my words, you’ll be hearing the term “creators” a lot in the coming months. On its face, it feels like marketing. But once you start to learn about the products, it really truly is inspiring.

Let’s go over the highlights.

Surface Studio: “It’s going to change the way people do work at their desk.” – Preorder Now

To call the Surface Studio an all-in-one desktop PC or cite the specs doesn’t really do it justice. It’s more than that. As Microsoft puts it, it’s a new category of devices. In desktop mode, it’s a PC. In-studio mode, it’s a digital canvas. The innovation revolves around the zero-gravity hinge, the new Surface Dial, and the massive 28-inch PixelSense Display. The first 10 seconds of this video will explain what digital canvas concept better than anything you will read:

The Surface Dial is, again, ambitious. Just like you can’t invent a better mousetrap, no one’s invented a better mouse in decades. But, at the end of the day, we still find ourselves in front of a mouse and a keyboard when we sit down to do work. If the Surface Dial catches on, that could all change.

Note that this isn’t the same version that Fiona Apple did for The Scarecrow video for Chipotle. People speculate that it’s Flannel Graph covering the tune, but the version on YouTube and Spotify isn’t quite the same. Nevertheless, this is an original jam or at least an original remix.

Microsoft unveiled the next major update to Windows 10, dubbed the Creators Update. The new version focuses on creativity, virtual reality, mixed reality, gaming, and collaboration. It’s the operating system embodiment of the spirit of the Surface Studio, but it’s rolling out to all Windows 10 devices.

The big thing: 3D for Everyone. This is a major push to 3D printing, 3D design, immersive 3D content, virtual reality, and mixed reality to reach critical mass.

Notablly, we covered the rumored new Paint version waiting in the wings. This, apparently, is an even bigger evolution than we imagined.

Microsoft HoloLens isn’t really new to us—we saw the videos for it back in January 2015. But what’s new is the oncoming wave of 3D content you’ll be able to interact with soon. The big thing is going to be “mixed reality.” The Microsoft HoloLens lenses are transparent. It’s not just a TV screen stuck to your face. The 3D images you see end up in the real world. It’s pretty dang futuristic:

Gaming is also a major part of the Windows 10 Creators Update, emphasizing broadcasting and eSports. Jen McCoy from the XBOX team demoed the game broadcasting features. Users will be able to broadcast games from within Windows 10. Just hit Windows key + G, which will bring up a gaming bar, then click a button to start broadcasting. You can have real-time conversations with fellow players in real-time too. Clubs lets users gather around similar interests and tune in from anywhere when you start a broadcast. In addition, you can set up custom tournaments using XBOX Live to make the competition even more engaging.

Windows MyPeople is seemingly less revolutionary and exciting than the other features, but it may actually be the one that is most widely adopted. The concept is that your contacts are seamlessly integrated into Windows, allowing you to pin your favorite contacts and interact with them without going to another messaging or social media application. You can send and view emails, drag and drop photos to share, get notifications and send “Shoulder Taps” to your contacts. This sort of unified communications platform could just give Slack a run for its money.

Microsoft will be releasing early builds of the Windows 10 Creators Update this week. The final version will be available in spring 2017. 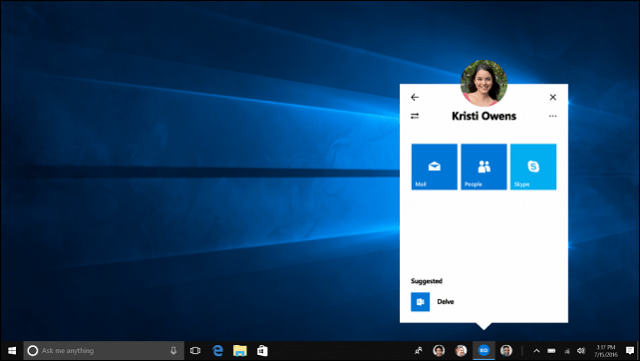 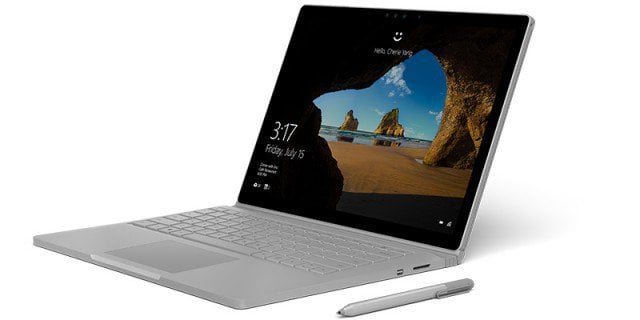 Panos Panay, leader of Devices at Microsoft, introduced a new Surface Book with even better performance, battery life, and redesigned thermal system. The Surface Book i7 now offers up to 16 hours of battery life. The new Surface Book starts at $2,400 and will become start shipping on November 10, 2016. It’s almost a shame that the other big announcements so overshadowed the new Surface Book. It looks to be quite a formidable device by its own right:

The new hardware and software advances are exciting, and I look forward to playing with some of them soon. The focus on 3D, mixed reality, and reality prove that Microsoft is moving into the next generation of computing. The price of entry to realize the full benefits of these new technologies is quite high, though. It remains to be seen how many users are enticed enough to jump in at those price points. As a result, Microsoft encourages users who can’t afford the latest to consider existing products such as the Surface Pro 4, which will support many of the upcoming changes in the Windows 10 Creators Update.