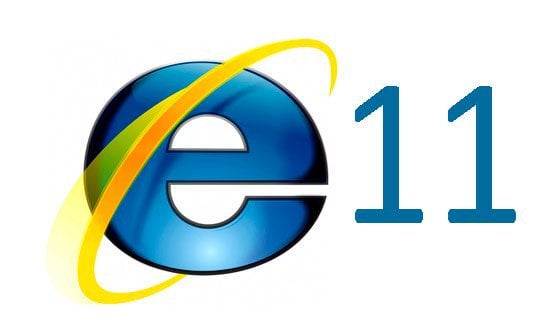 This week Microsoft announced the release Internet Explorer 11 for Windows 7. It was previously available as a preview, and now the final version is ready.

This week Microsoft announced the release of the final version of Internet Explorer 11 for Windows 7. Previously it was available as a preview version for developers, then later it came out as a release preview for Windows 7 users. Announced on the IE Blog, the company boasts IE 11 is “30% faster real world web sites.”  It also says that while the graphics and fluidity of the browser are better, battery life is also improved. According to the blog post:

IE11 on Windows 7 improves performance across the board with faster page loading, faster interactivity, and faster JavaScript performance, while reducing CPU usage and improving battery life on mobile PCs.

Visually it’s the same as the desktop version of IE 11 included in Windows 8.1 – not the Metro version. You’ can find IE 11 in a couple of places including Windows Update. 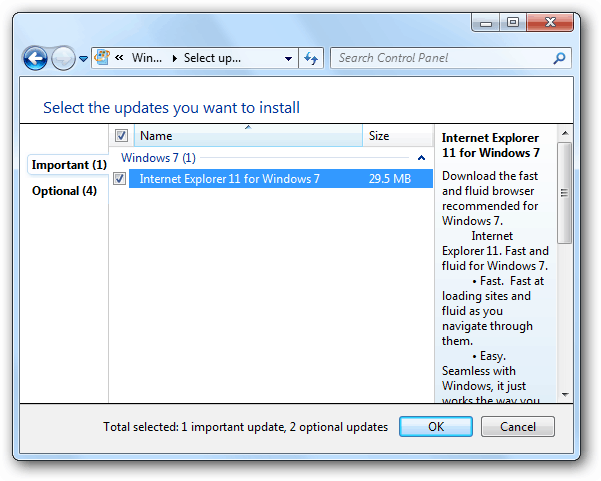 Or it’s available as a free download from this link. 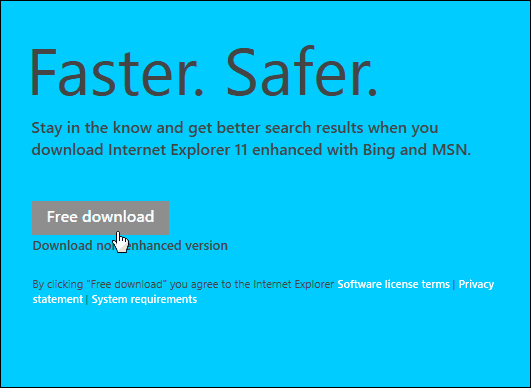 To complete the installation a restart of your system is required.

If you don’t want to install IE 11 quite yet, check out the IE Test Drive site where you can test several fun examples of its accelerated graphics rendering and faster performance. One of the demos on the test drive site is the awesome recreation on Hover – which was available as an option install on the Windows 95 disc. 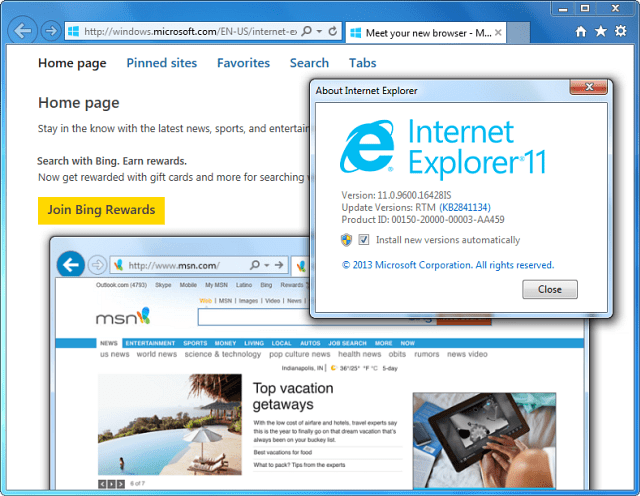 What is your take of Internet Explorer 11 on Windows 8.1 as the modern version, or the desktop version on Windows 7? Leave a comment below and tell us about it.