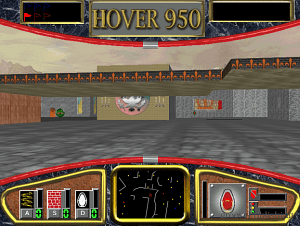 Hover was a game included on the Windows 95 disc as an optional install. Now you can relive those glory days via a remake of the game in your browser.

Gaming was a big part of Windows 95 when it was released back in the day. Hover was one of the games created by Microsoft, which was actually included on the Windows 95 disc as an option install. It had a lot of fans, and now the company has recreated the experience which you can play in your browser for free.

Of course the new version has improved graphics and sound track, is touch enabled, and includes multiplayer mode which you can play against up to eight players. Here’s how the game looked originally: 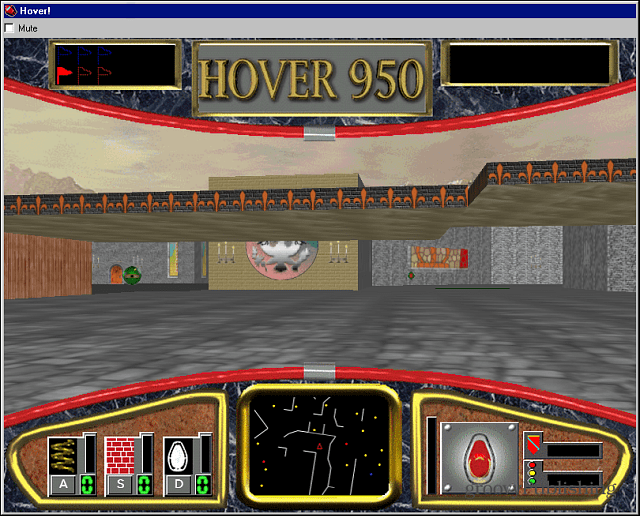 To play, you’ll need to have the latest version of Internet Explorer 11 or any modern browser that includes WebGL support. Another game released to show off the maximized performance of IE 10 is Contre Jour and the Atari Online Arcade — both are free to play.

Windows 8.1 comes with IE 11 built in, but if you’re on Windows 7, you can install the Internet Explorer 11 Preview.

Hover is a capture the flag style game with floating bumper cars. You can use your arrow keys to cruise around and capture your opponent’s flags. 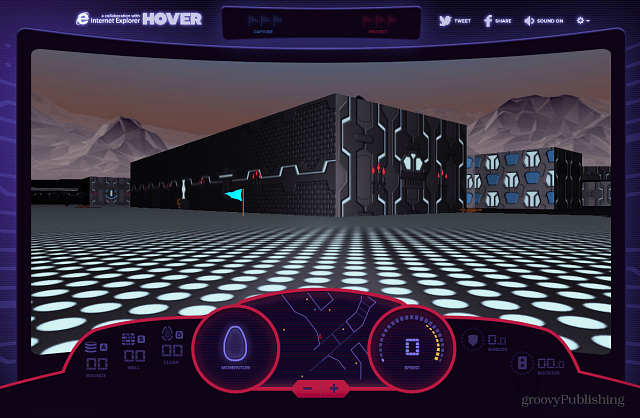 This new version is optimized for IE 11 and touch enabled devices, but you can still you’re your keyboard to control it. If you don’t have IE 11 and want to play – it should work fine it in the latest versions of Chrome and Firefox too. 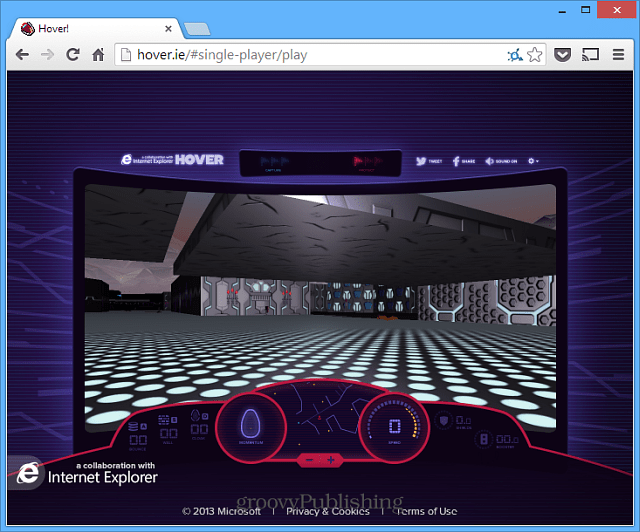 For Dan Church this project was a passionate work of art. He received no compensation other than a Surface RT and Surface Pro for testing purposes. Months and months of work went into making this project a reality. As Church explains in an AMA post on reddit, the code was entirely re-written from the ground up because the original source was either unavailable or lost in the 20 year timespan since Windows 95 was released. And unlike the Windows 95 original, the new Hover uses 3D models. As Microsoft points out in its behind the scenes explanation of the game, the original was entirely 2D and used perspective tricks for its appearance. The graphics are now powered by a custom 3D shader over WebGL and a sample of the project can be downloaded here. The new implementation of 3D has caused a few bugs that are still being worked out, such as the walls have too much “bounce” compared to the original.

Adding to the original nostalgia of the Windows 95 version, you can play it in retro mode. Start the game, and at the Single and Multiplayer screen just type: bambi and you’ll be brought to the original game running on a Windows 95 desktop. 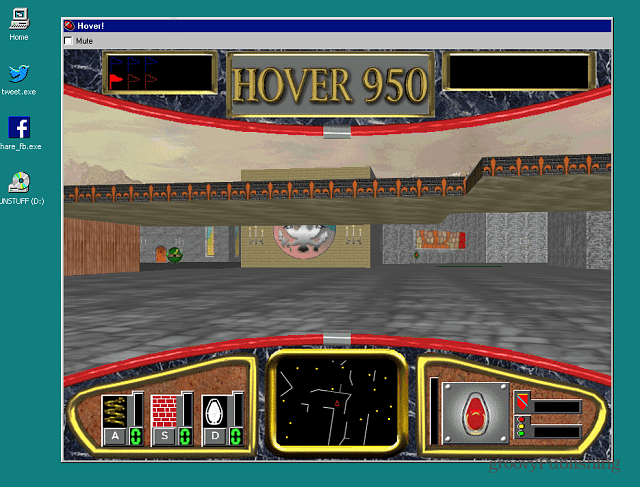 You’ll notice there’s an icon for Facebook and Twitter. Clicking these will open classic Windows 95 style screens that actually allow you to post to the two social networks.

Whether you’re bored at work on a Friday waiting for the bell to ring, or want to have fun this weekend, just head over to hover.ie to check it out.

Microsoft also created a cool video which you can view below that advertises the game.