Microsoft is rolling out new updates for its core media apps in Windows 10, Groove Music and Movies & TV. They include playlist sharing and Compact Overlay.

Microsoft is rolling out new updates for its core media apps in Windows 10 — Groove Music and Movies & TV. Currently, the main Movies & TV update will be available for Insiders running Creators Update. But the Groove Music updates are available to everyone.

These latest app updates come on the heels of the major updates for Windows 10 Mail & Calendar apps announced yesterday.

The main new feature for Groove Music users is you can now share individual songs as or your personalized and recommended playlists to Twitter or Facebook as well as via email and other cloud-based services.

To share, right-click on a song or playlist and it and select where you want to share it. 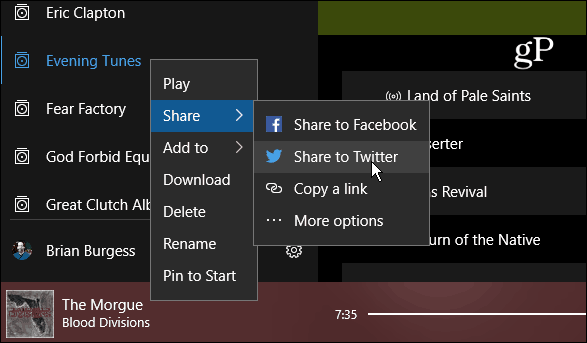 For example, here I am sharing a playlist via Facebook. When someone clicks or taps on the link it will open in Groove Music on their PC or phone. Below is an example of accessing my shared playlist on Android. Remember, the Groove Music app is available for iOS and Android phones and tablets. 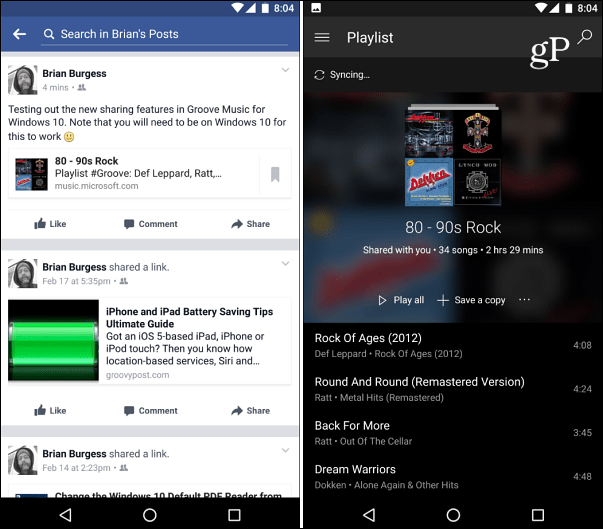 Sharing a Groove playlist via Facebook and listening to it on an Android phone.

Other new features in the app update include:

If you don’t see the new options in your app yet open the store and manually check for the app update. To do that open the Microsoft Store, select your profile and select Downloads and then hit the Check for updates button. Or you can download the latest version of Groove Music. 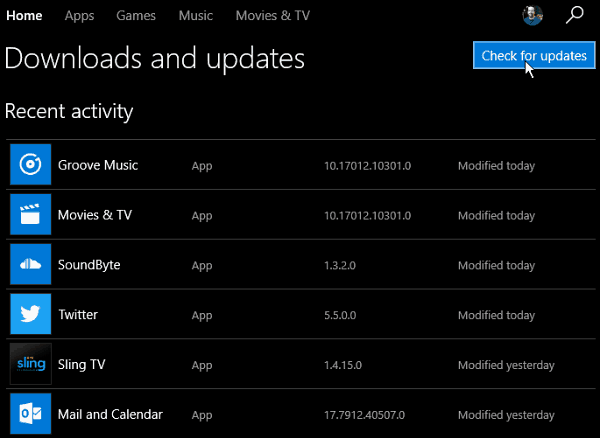 If you’re running the Insider build of Windows 10 Creators Update you should now be able to use the new Compact Overlay mode with the Movies & TV app. It’s essentially a picture-in-picture feature that allows you to watch videos while working on a document or spreadsheet.

While the Compact Overlay feature won’t be available until the Creators Update is rolled out, there are some other updates for version 10.17012.1030 which include support for a broader range of video formats. 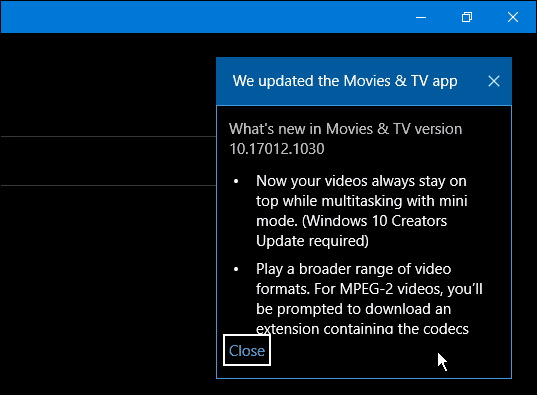 Are you looking forward to all the new features coming with the release of Windows 10 Creators Update? Let us know your thoughts in the comment section below.