This latest build has a couple of new features including a new picture-in-picture option, Windows Game Bar improvement for additional titles, and more.

Microsoft today announced the release of Windows 10 Creators Update, build 15031 for Insiders in the Fast ring. This build comes on the heels of last week’s Insider build 15025 which included new accessibility options. 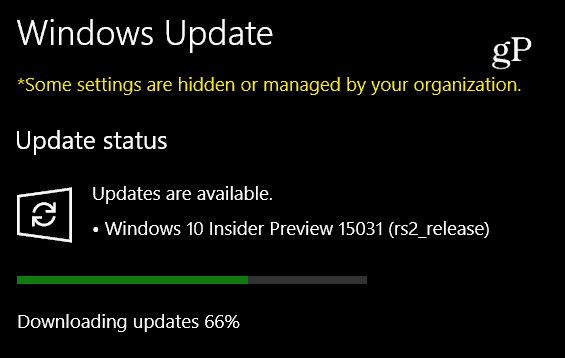 Compact Overlay mode is a picture-in-picture type feature that allows you to continue watching a moving or doing video chat while switching to a productivity app like Excel. “When an app window enters compact overlay mode it’ll be shown above other windows so it won’t get blocked.” Currently, the only universal apps to take advantage of this are Skype Preview and Movies & TV.

Dynamic Lock will lock your Windows 10 PC when you’re not around it with your Bluetooth-paired phone. It locks after 30 seconds. To enable the feature head to Settings > Accounts > Sign-in options and check the Dynamic lock box. Note that there are known issues regarding a bug that prevents PCs on this build from pairing via Bluetooth. 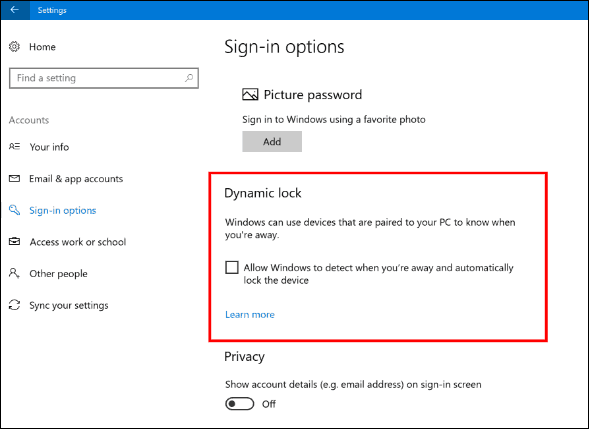 As always there are other improvements and known issues in this preview build. You can read all of the details on this Microsoft blog from Dona Sarkar.

If you’re having problems getting this build, just be patient. Dona Sakar updated her post yesterday and added the following to the Known issues list:

IMPORTANT: You may see “Initializing…” when attempting to download this build and the download progress indicator shown when downloading this build may seem broken under Settings > Update & security > Windows Update. It may look like you’re getting stuck at 0% or at other percentages. Ignore the indicator and be patient. The build should download fine, and the installation should kick off. See this forum post for more details.

To grab this latest build, verify that you’re in the Fast ring of the Insider program and head to Settings > Update & Security > Windows Update. Once it’s downloaded a restart will be required to complete the install.

The next major upgrade, Windows 10 Creators Update, is coming along nicely and Microsoft is adding new features that have been highly requested by users.

Do you like the new features that are coming to Creators Update this spring? Leave us a comment and let us know your thoughts.