One of the latest iOS apps from Microsoft is Authenticator, which lets you quickly and easily verify your identity for all your online accounts.

One of the latest iOS apps from Microsoft is Authenticator, which lets you quickly and easily verify your identity for all your online accounts. If you want an extra layer of security to protect your accounts from being easily compromised, Microsoft Authenticator is recommended. The latest version, 4.1, is even easier to use, removing the cumbersome QR Code requirement to set up; instead, you can sign in using your Microsoft Account.

So what exactly is the Microsoft Authenticator app? Authenticator provides what is called multi-factor or two-step verification. We have covered two-factor authentication in the past. Google provides a similar app for iOS and Android. Setup is easy; you can download the app from the App Store for iOS 8 or later. Authenticator works on iPhone, iPad, and iPod Touch.

Why is this better? I remember a few years ago, I spent a couple of weeks in the states and needed to access files from my Dropbox. The problem was, Dropbox required a verification code, which I thought wasn’t a big deal. What ended up happening was my local number, which I was using in the states at the time was not receiving an SMS text message, no matter what I tried. I couldn’t access my Dropbox until I returned home, which was unfortunate. From then on, I started disabling 2FA whenever I traveled outside of the country, and that’s not okay. Microsoft Authenticator eliminates problems like that often associated with verification codes; because the app is handling the verification itself.

After launching the app, choose to verify using your Microsoft Account. I initially experienced issues using my phone number to get my verification code; so I used an alternate email address instead. That’s it. You are now set up. When you add a new account, Authenticator will generate new security codes for all your accounts every 30 seconds. 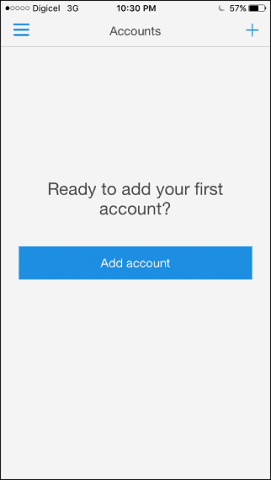 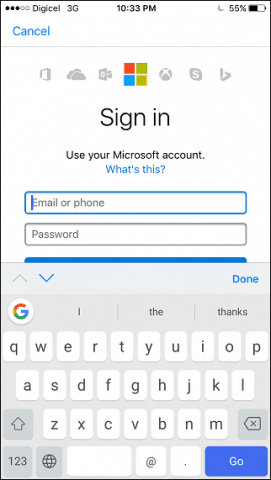 Launch the Microsoft Authenticator app, click the Add button, tap third party accounts, then use your phone to scan the QR code on the screen. Authenticator will then generate a code, which you can enter and verify. You can use this with other services such as Dropbox and Google. 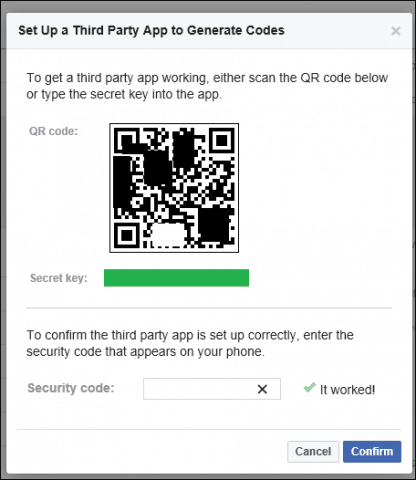 Whenever an app or service request authentication, you will get a notification with a verification code right away. No need to perform any manual request, just enter the code and done. 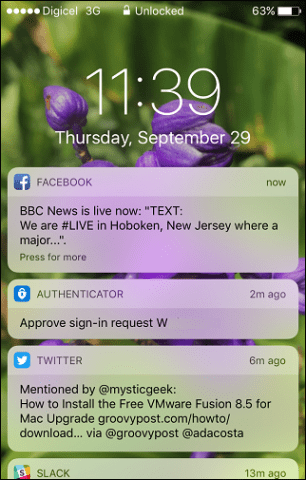 Google’s Authenticator app works similarly; although the benefits of Google’s implementation are with its services. I recommend users have both installed for scenarios where 2FA is enabled; it removes the hassle of receiving SMS text messages. 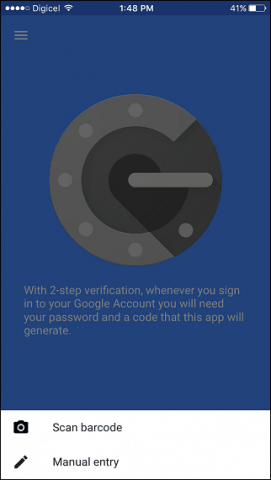 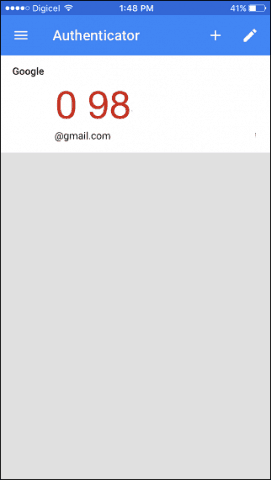 So that’s a look at Authenticator, an easy way to add an extra layer of security to your online identity. If you want to learn more about two-factor authentication and ways to keep your passwords secure, be sure to check out our other articles.