There are many ways to shutdown Windows 8, but in 8.1 there’s a cool secret way to do it by sliding your screen down. Here’s how to set it up.

There are plenty of different ways to shutdown Windows 8, most of them annoying and require extra clicks of swipes and taps. Windows 8.1 is easier to shutdown, which we showed you in a previous article. But if you want a cool way to shut it down, it’s going to take some technical geekiness, but is worth it in the end.

This allows you to shutdown Windows 8.1 on a Surface or other touch enabled device similarly to how you can with Windows Phone 8. 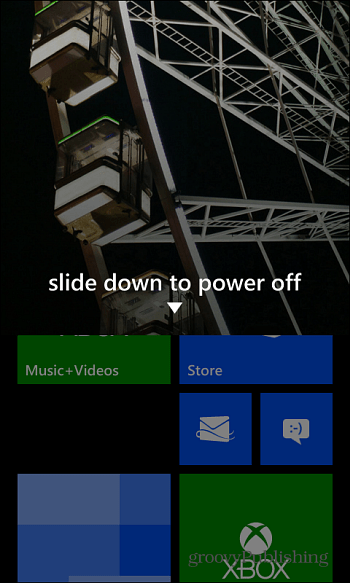 First go the the desktop and System32 folder. That’s located in This PC\Windows(C:)\Windows\System32. 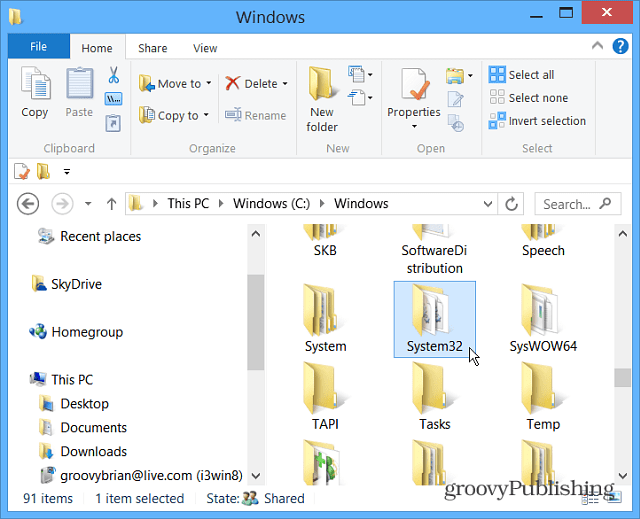 Now in the Search field, type: slideto. Or if that that doesn’t work for some reason you can type in the full name of the file we’re looking for which is “SlideToShutDown.exe”. Right-click on it and send it to the Desktop – which will create a shortcut there. 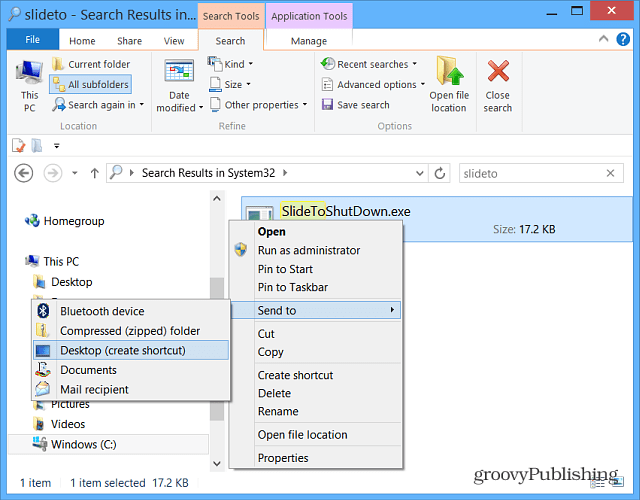 Once it’s on your desktop you just need to simply double click it and you’ll get the following screen. Just swipe it down to power off you system. If you don’t slide it down after about 10 seconds it goes away. 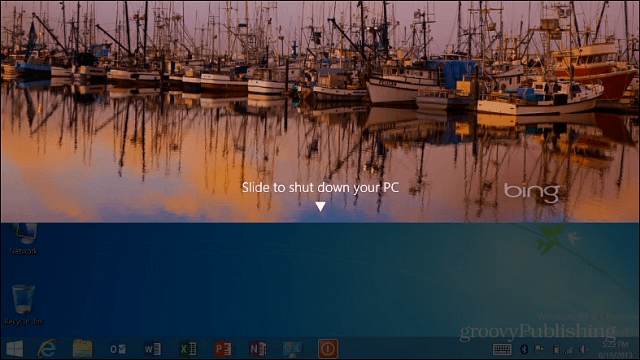 Of course you can pin it to the taskbar. And before you do that, you might want to create a new icon for it. Of that check out our article: How to create custom icons in Windows.

For instance, here’s I made for the shortcut that’s easy to recognize on my Surface RT. 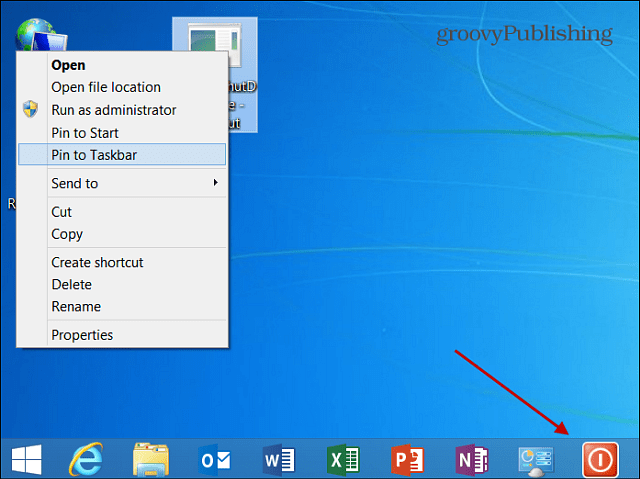 This is a cool feature and currently the only way to get it in the preview version of Windows 8.1 is by going through these steps. Whether or not Microsoft will include this in the final version remains to be seen.