You might have noticed there are more buttons being added to Action Center in Windows 10 all the time. Here’s how to remove them and clean things up.

Since each new updated version of Windows 10 gains more features, the buttons in Action Center also increase. We showed you how to rearrange Action Center icons back with Anniversary Update (version 1607). And you can still do that with the current version — 1809 aka Windows 10 October 2018 Update. But let’s take a fresh look at how you can get rid of useless buttons and clean up Action Center so it works best for you.

When I opened Action Center the other day on build 1809, I immediately noticed it was cluttered up quite a bit. The amount of quick actions buttons is getting a bit ridiculous. Sure, each new feature has its place and they can be useful for some. But I certainly don’t need them all. Here is how to clean things up and only display the things you need. 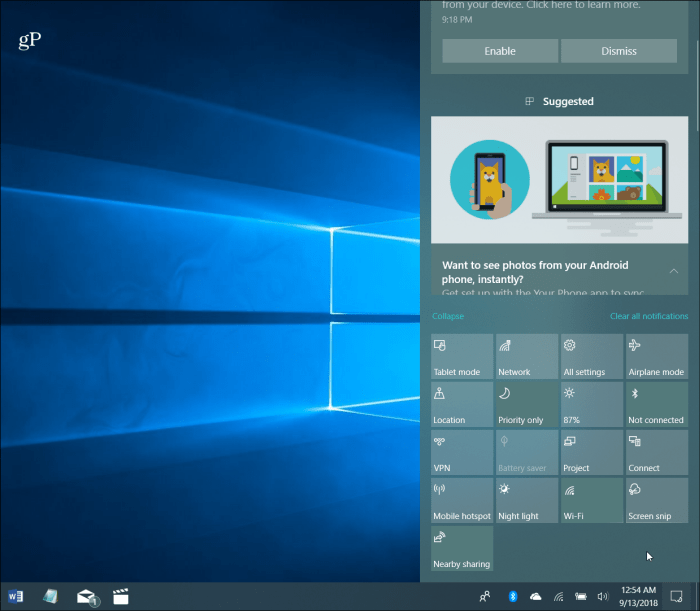 The number of quick action buttons can really clutter up Action Center in Windows 10.

To move the quick action buttons around or stop them from displaying head to Settings > System > Notifications & actions. Under the Quick actions section, you will see everything that shows up. Notice that Screen Snipping tool is a new button with this latest feature update. On this screen, you can rearrange the buttons if you want. But if you want to get rid of the ones you don’t need, click the “Add or remove quick actions” link under the buttons. 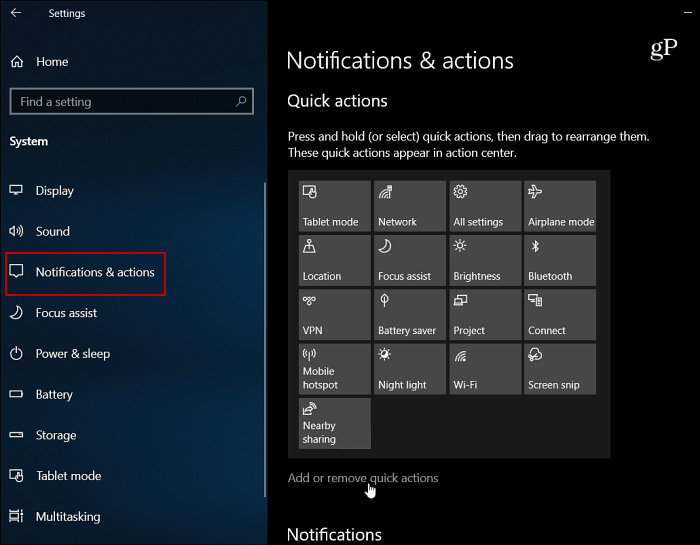 There you will get a long list of all the buttons and you can simply turn off the ones you never use or need. 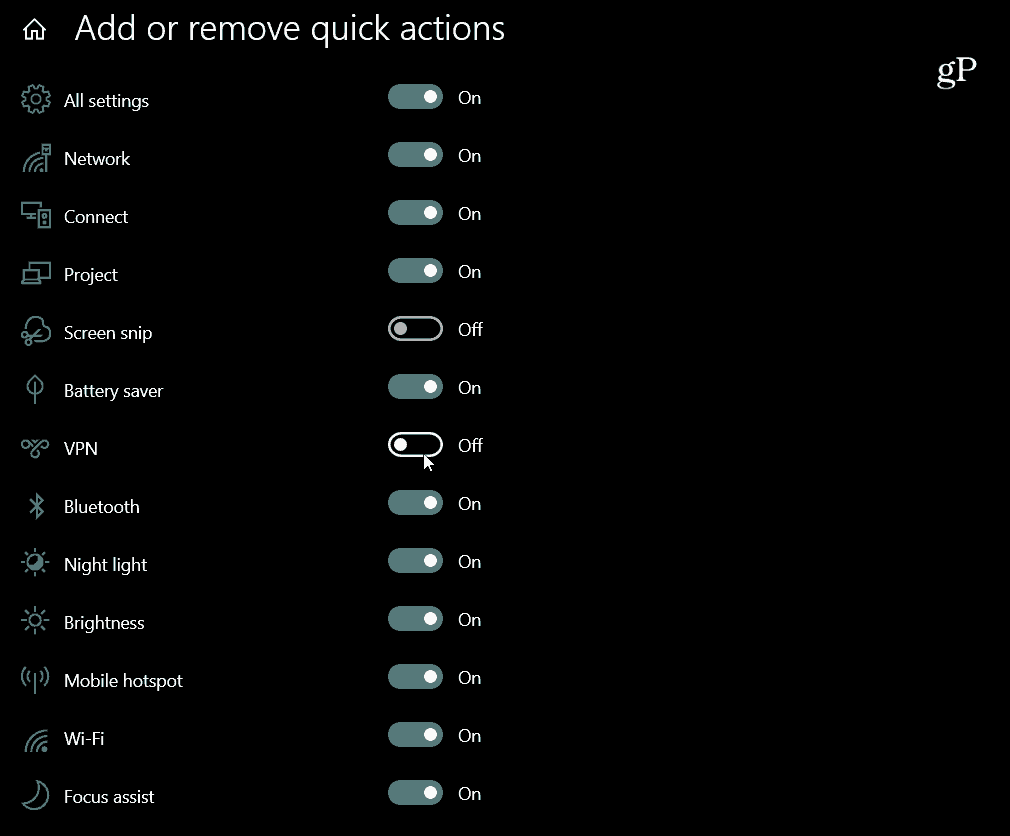 Here is a look at how Action Center looks now after I turned off a few buttons. As you can see it’s a cleaner view and there is more room for notifications and other items. 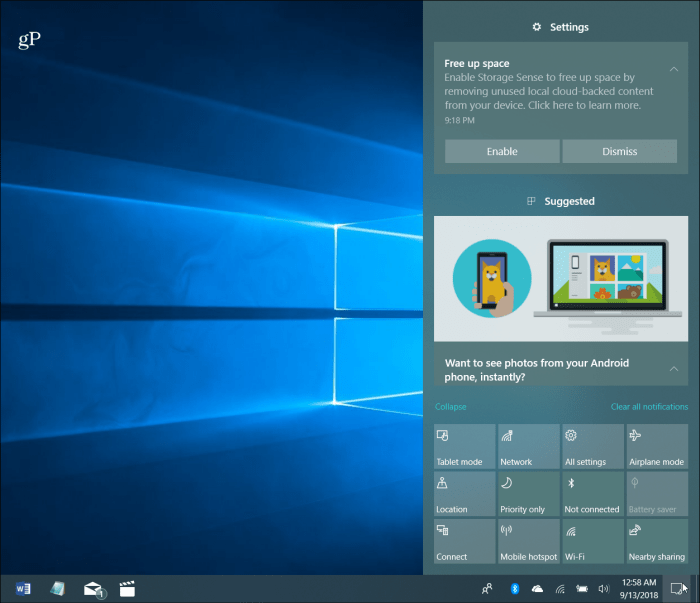 After removing the buttons I no longer need in Action Center, it looks cleaner and things are easier to manage.

It’s also worth noting that there will be far more quick action buttons on a laptop compared to a desktop PC. Microsoft doesn’t include laptop-specific items like the “battery saver” button, for example. Also, the number of active buttons will depend on the features included on your PC. Some buttons might be grayed out. For example, an older desktop might not have Bluetooth or maybe Tablet Mode can’t be used. To clear up space, those are the perfect buttons to turn off.