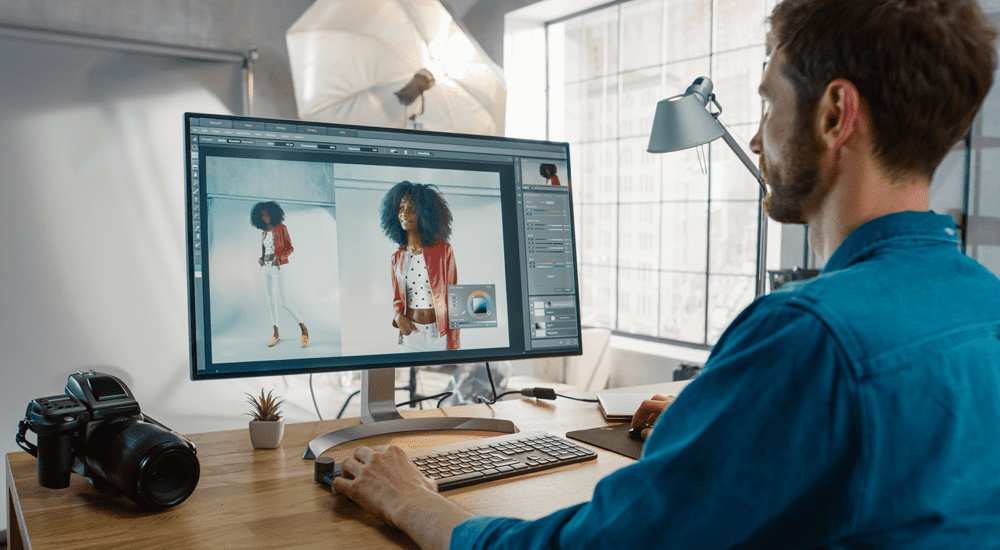 If you want to edit a vector image (like an SVG image) in Photoshop, you’ll need to rasterize it. Here’s how.

When you’re trying to ‘photoshop’ an image, you can easily run into issues, especially if these images are vector images. That’s because some of Photoshop’s tools will only work with raster graphics—vector images (like SVG files) are harder to edit.

The good news is that it’s quick and easy to rasterize a vector image in Photoshop. You can then apply any of the Photoshop tools or effects that you wish.

If you want to rasterize in Photoshop, here’s what you’ll need to do.

What Is Rasterizing in Photoshop?

Rasterizing in Photoshop is the process of converting a vector image into a raster image. To explain this, we first need to explain the two main types of digital images you’ll see in Photoshop.

The first consists of a grid of pixels. The word pixel is a combination of the words ‘picture’ and ‘element’ and that describes a pixel perfectly. Each pixel is one tiny piece of the whole, which when combined produces your digital image. An image stored as a grid of pixels is known as a raster graphic. These types of graphics are usually saved using the JPG or PNG image file format.

The second type of image is a vector graphic. Instead of a collection of pixels, a vector graphic is a set of mathematical equations that define the position and shape of each part of the image relative to one another. A vector graphic typically uses the SVG file format.

An example of a non pixelated raster graphic image.

Instead of existing in a set physical space, as pixels do, vectors exist in an abstract mathematical space. That means that you can enlarge them or shrink them down without losing any information, so the image will always remain the same quality.

When a raster image is enlarged, Photoshop must add in extra pixels to fill out the image, which usually causes the image to become blocky and pixelated.

An example of a pixelated raster graphic image.

Why Should You Rasterize an Image in Photoshop?

If vector images can be resized without any loss of quality, why would we ever need to know how to rasterize in Photoshop at all?

The main reason is that some tools and effects in Photoshop will only work on raster graphics. If you want to apply these tools to a vector graphic, you must rasterize it first. For example, brush tools, fill tools, eraser tools, and filters will not work when using vector images.

How to Rasterize in Photoshop

Rasterizing in Photoshop is quick and easy to do. In just a few clicks, you can convert a vector image into a raster image.

To rasterize an image in Photoshop:

How to Avoid Rasterizing in Photoshop

Although rasterizing an image in Photoshop is simple to do, it may not always be the best option.

As we’ve already learned, raster images will lose some of their quality if you resize them. It is possible to convert raster images back into vectors, but you will probably lose some image quality by doing so.

In some common cases, you can avoid having to rasterize in the first place.

Change the Fill Color in Photoshop Without Rasterizing

A common reason to rasterize a vector image is to use the Paint Bucket tool to change the color of the image. You can do this directly to the vector image using the shape tools as follows:

Learning how to rasterize in Photoshop (and how to avoid it) is one of the many skills that can turn you from a Photoshop novice to a Photoshop pro.

If you really want to look like a pro, you can learn some of the essential Photoshop shortcut hotkeys.