Photoshop is the best photo editor available, but GIMP is a pretty powerful and free alternative. Read on to decice which is best.

For many years, photo-editing apps were the domain of photographers or graphic designers. Extensive photo editing or graphic design is a skill that takes years to learn, with software like Photoshop having a high learning curve.

These days, however, no self-respecting influencer would ever upload a photo to social media without touching it up to remove blemishes or add filters. More and more have-a-go photographers are out there, ready to show off their skills.

That’s where Photoshop comes in, a product so well known that it’s even become a verb in its own right. “You just Photoshopped it” is almost as common as “I’ll Google it.” That doesn’t mean it’s the only option for photographers and designers, however.

Open-source and free, GIMP is another photo-editing application that is highly popular and packed with features. The GIMP vs. Photoshop battle may be one of David vs. Goliath, but if you’re unsure which is best for your needs, this guide will help.

Let’s break things down to help you decide.

A large number of the key features that you’ll find in Photoshop are also available in GIMP. There are some things that Photoshop can do that GIMP can’t, however.

One obvious feature is the CYMK color mode, which is only available in Photoshop. This is a mode that is used by commercial printers to produce really high quality printed images using cyan, yellow, magenta, and black inks.

GIMP only offers an RGB mode. For most people, this isn’t a huge issue, but for professionals, this could be a dealbreaker.

Another must-have feature for photographers is support for RAW image files. With GIMP, you’ll need to convert these before you edit, or use a third-party plugin to load them into the software. As you’d expect, this isn’t a problem with Photoshop, thanks to its Camera RAW tool.

Photoshop’s tools are usually more refined and advanced than those you’ll find in GIMP, too.

For example, GIMP offers a healing tool, but Photoshop offers four different variations, each with the ability to do something slightly different. This makes it easier to get the exact result you want using Photoshop, compared to the less easy-to-use GIMP.

If you want to do any photo-editing on the go, then Photoshop is your only choice between the two.

Photoshop offers a number of powerful mobile apps for iPhone, iPad, and Android devices. For instance, if you’re a graphic designer, you could use Photoshop Sketch to draw with Photoshop features on their portable device.

You could touch up your Instagram snaps with Photoshop Fix, which is designed for quick photo editing on the go. Of course, if you’re taking high-resolution snaps, Photoshop Express will allow you to quickly edit RAW files. 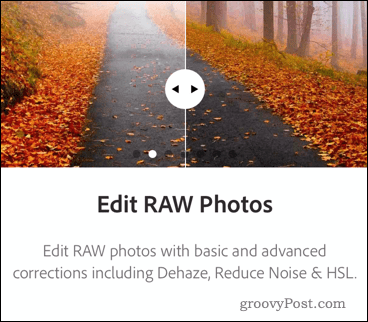 Despite the limitations you’ll see in using Photoshop apps on a mobile device, they all remain very useful tools that offer an experience similar to the desktop version.

This is a one-sided comparison, as GIMP is a desktop-only tool, making Photoshop the clear winner here.

If you’ve ever used Photoshop for extensive photo editing, you’ve probably heard your PC fans start spinning. The powerful features included in Photoshop generally require a powerful PC or Mac to get the most out of them.

The older or slower your computer is, the poorer the experience with Photoshop is going to be. If your computer has a decent spec, however, then you should get excellent performance from both Photoshop and GIMP.

GIMP is more lightweight, so it’s able to run pretty well on slower, older PCs. If your computer is struggling with the demands of Photoshop photo editing, you’ll find things are likely to grind to a halt with GIMP open.

GIMP will also take up less space on your hard drive. GIMP is less than 500 MB in size, compared to around 2.5GB for Photoshop. If you’re short on hard drive space, then GIMP is the better option.

Price used to be a much bigger deciding factor than it is now between GIMP and Photoshop.

When Photoshop was a standalone product, you could pay several hundred dollars for it. GIMP was, and remains a completely free and open-source product. Nowadays, things are a little more closely matched, however. 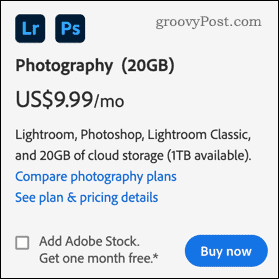 GIMP is still completely free to use, but you can get Photoshop and Lightroom as part of the Creative Cloud Photography package for just $9.99 per month and Adobe also has a Student and Teacher discount which gives you an even greater discount.

No paying for upgrades—you’ll get the newest edition of Photoshop with each release, with new features and updates included. You may consider that to be a reasonable price to pay for the additional features that Adobe offers.

If it isn’t worth the price, then you still have a more-than-functional alternative in GIMP, ready to use on PC and Mac.

GIMP vs. Photoshop: The Verdict

At the end of the day, choosing between GIMP and Photoshop will come down to your own personal circumstances.

If you shoot a lot of high-res RAW images or you need the advanced features, then Photoshop is a no brainer at $9.99 a month. If you don’t need all the bells and whistles, or you’re using a slower PC, then GIMP is more than good enough to do the job at no cost.

Whichever option you decide to go for, make sure you make the most of the features that are on offer, such as batch photo editing. You could even get to grips with special photography effects, such as the ability to create a photo-in-photo effect in Photoshop.

The more you learn, the more you’ll be able to do with your images, regardless of the photo editor you’re using.