I’ve been getting acclimated to the new Facebook Messages platform, and so far, the changes are pretty low-key and generally positive. One such exciting development that didn’t get much of the limelight when the new Facebook Messages system was being erroneously trumpeted as a Gmail killer is the ability to share Microsoft Office files with other Facebook users via Office.com. That is, you can view PowerPoint, Excel and Word documents in all of their glory with a single click without having to sign up for Office Live or downloading the PowerPoint viewer or anything like that.

For Facebook users on the old messages system, you won’t have this feature yet, in spite of what was announced last month on the Microsoft Office Blog. Old Facebook messages users can only attach links, photos and videos to their message, whereas new Facebook Messages users can attach anything and everything. But the magic happens when you attach a .doc, .ppt, .xls, .docx, .pptx or .xlsx file. 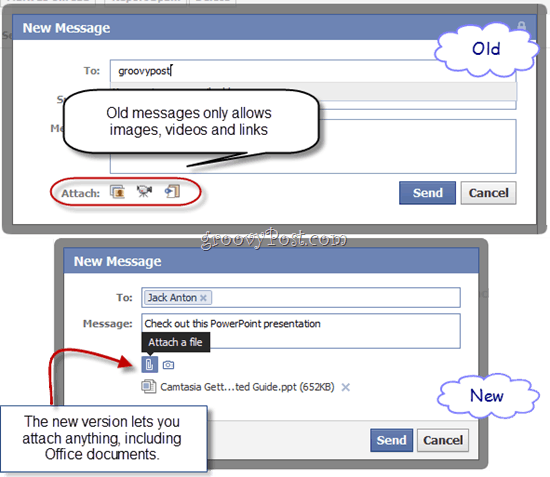 On the recipient’s end, they’ll have a dropdown menu next to the attachment that lets them View on Office.com or download the attachment.

When they choose the first option, the document will open right in their browser. No plug-ins required. Here it is in Google Chrome: 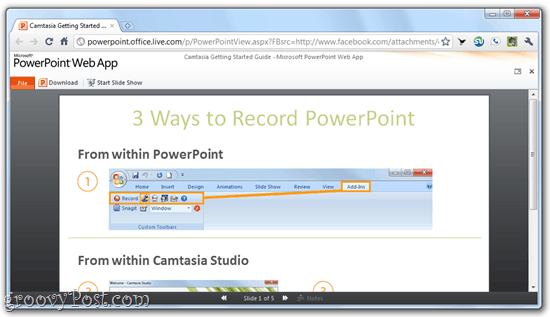 Unfortunately, you cannot edit the document, even if it’s an Excel or Word document.  The File menu consists of nothing more than an option to Print or Download your document, as well as some links to the Privacy and Terms of Use statements. 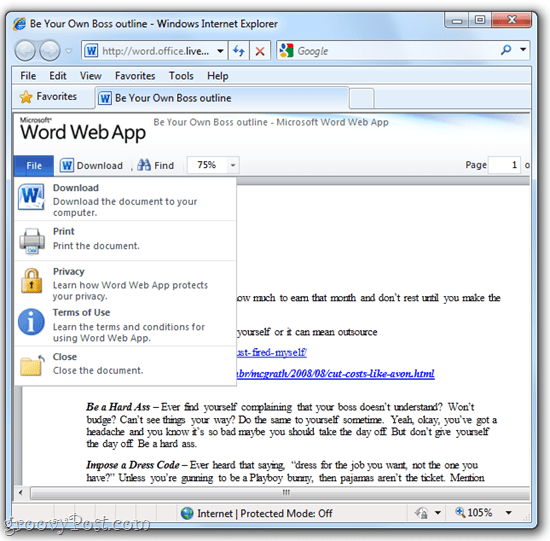 While a very nice feature, especially for those of us who haven’t shelled out the hundreds of dollars to obtain Office, I think any implications that this changes the game in terms of Google Doc’s supremacy for online document collaboration would be strained at best. This would be truly useful if you had an option to open an Office document from Facebook Messages directly in Office Live or your Skydrive, or if you could even save a copy of it to said cloud services once you had it open on Office.com via Facebook Messages. That’s where  Gmail + Google Docs really shines, after all. But Office’s step towards turning Facebook Messages into a more serious email replacement and answers one of the big questions that all the speculators had about attachments. Now that you can attach any document and view most Office documents with Facebook Messages, that eliminates another subset of situations where you might use email instead of Facebook.