If your Windows 10 PC or laptop is heating up, it could have an impact on your CPU, so you’ll need to monitor it. Here’s how.

The central processing unit (CPU) acts as the brain of your computer. Running through billions of calculations a second, without the CPU, you wouldn’t have a computer—at least one that worked, anyway.

If you want your Windows 10 PC to run well, your CPU needs to be in full working order. Unfortunately, a number of issues can cause your CPU to overheat, from a dusty fan and a lack of airflow to missing thermal paste. To help keep temperatures down, you should look to monitor CPU temperature in Windows 10—here’s how.

Unfortunately, it isn’t possible to directly monitor the CPU temperature in Windows 10. If you want to keep an eye on your system temperatures, you’ll need to use third-party software.

Several paid and free options exist, but one of the best is Open Hardware Monitor. This free app will give you a quick overview of your system temperatures, including CPU and GPU temperatures. It’ll also list current power usage and fan speeds, where possible.

The Open Hardware Monitor is packaged in a zip file. Once you’ve unzipped the file after download, you’ll need to double-click the OpenHardwareMonitor.exe file to begin using it. 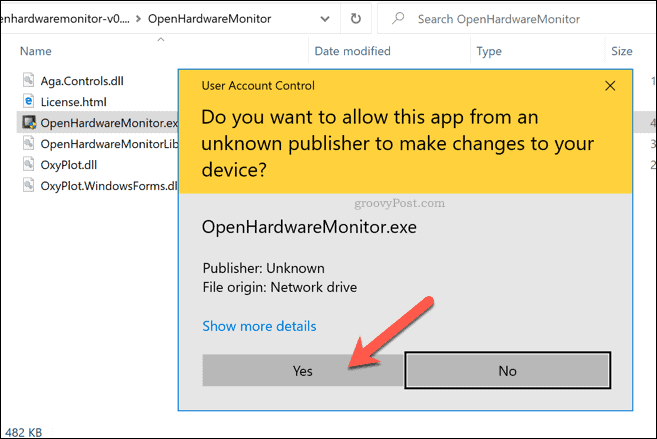 As soon as the UAC warning is accepted, you’ll be able to view a full list of your system temperatures, fan speeds, and voltage readings in the Open Hardware Monitor window. 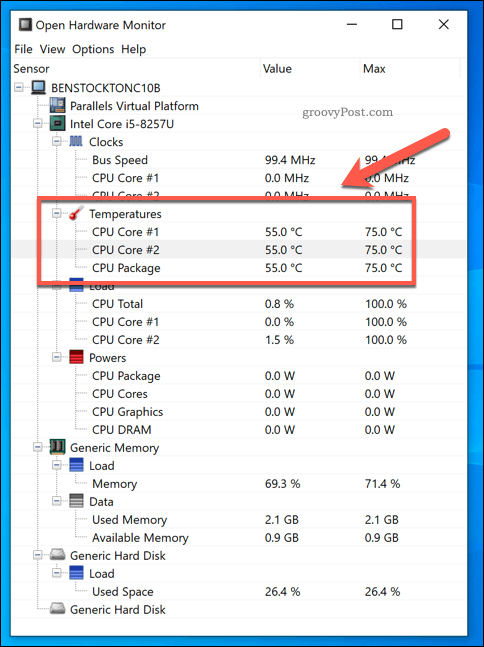 Typically, a good temperature range for a CPU is around 40-60 degrees Celcius under normal load. Between 70-80 degrees would be unusual for normal usage, but could be recorded during high-intensity usage such as gaming. If you’re hitting 90 degrees or more consistently, then your PC will likely become unstable, and could burn out entirely. 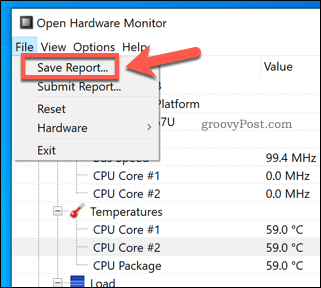 This will log all the current log data in a text file. You can then compare this with earlier or later reports, or provide it to a PC technician for further advice.

How to Reduce CPU Temperature

If Open Hardware Monitor shows that your CPU temperature is abnormally high, then you’ll need to troubleshoot the issue.

Higher temperatures in your CPU and other system components will result in system instability. If the situation remains unresolved, then your PC may become unstable, crash regularly, and even burn out due to component failure. Some tips for you to help stop this from happening include:

While these tips can help to reduce your CPU temperature, they aren’t a miracle cure. High CPU temperatures could be a sign that your computer is failing. If that’s the case, you may be better off switching things off and considering a replacement.

Once you know how to monitor CPU temperature in Windows 10, you’re ready to begin taking on other essential PC maintenance actions. If you’re curious about your PC’s performance overall, then you can generate a Windows 10 system performance report to see what (if anything) can be improved.

If you want to keep things simple, then focus on the most important maintenance tasks. You can start by keeping software updated, dusting out your PC case fans from time to time, and ensuring you have a virus-free PC.