Apple and Amazon make it easy to find what to watch on their streaming devices. Apple’s TV app lets you find the content you have access to in one place. And Amazon recently added an “On Now” grid channel guide to the home screen on Fire TV. You no longer need to open each individual app to find something to watch. And if you subscribe to PlayStation Vue, Sony’s live television streaming service, you can now include its live and on-demand programming.

PlayStation Vue can now be integrated with Apple’s TV app included with tvOS on 4th and 5th generation Apple TV boxes and iOS. Previously, it only worked with content from popular streaming services like Hulu, HBO Now, and CBS All Access. It even works with apps you sign into with your cable provider (which can also be PlayStation Vue) like ABC, FOX, AMC, or FX. The most notable missing service being Netflix.

To use the integration feature, you might have seen a splash screen when the feature was rolled out to add it. But to verify it is connected, on your Apple TV, head to Settings > Apps > TV. Then scroll down to the “Connect to TV” section and turn on PlayStation Vue. 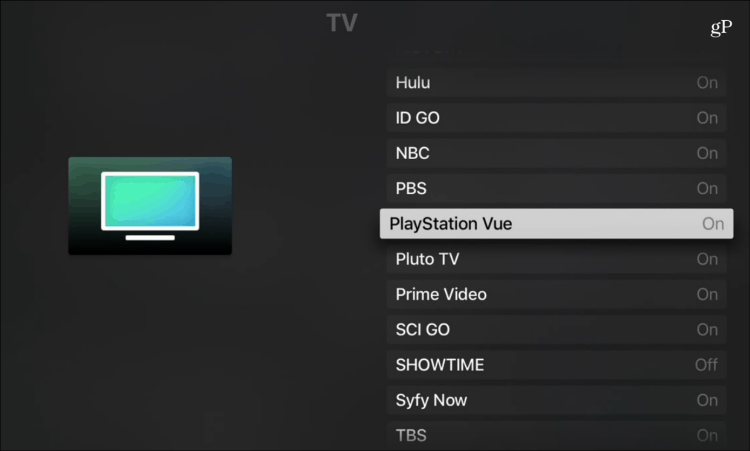 Amazon announced it has teamed up with PlayStation Vue to incorporate the service’s live channels into the “On Now” channel guide. The “On Now” section is on the Fire TV home screen. It displays a guide with two weeks of programming from PlayStation Vue and any of its Prime Video Channels you are subscribed to like HBO Now, ShowTime, or Starz. 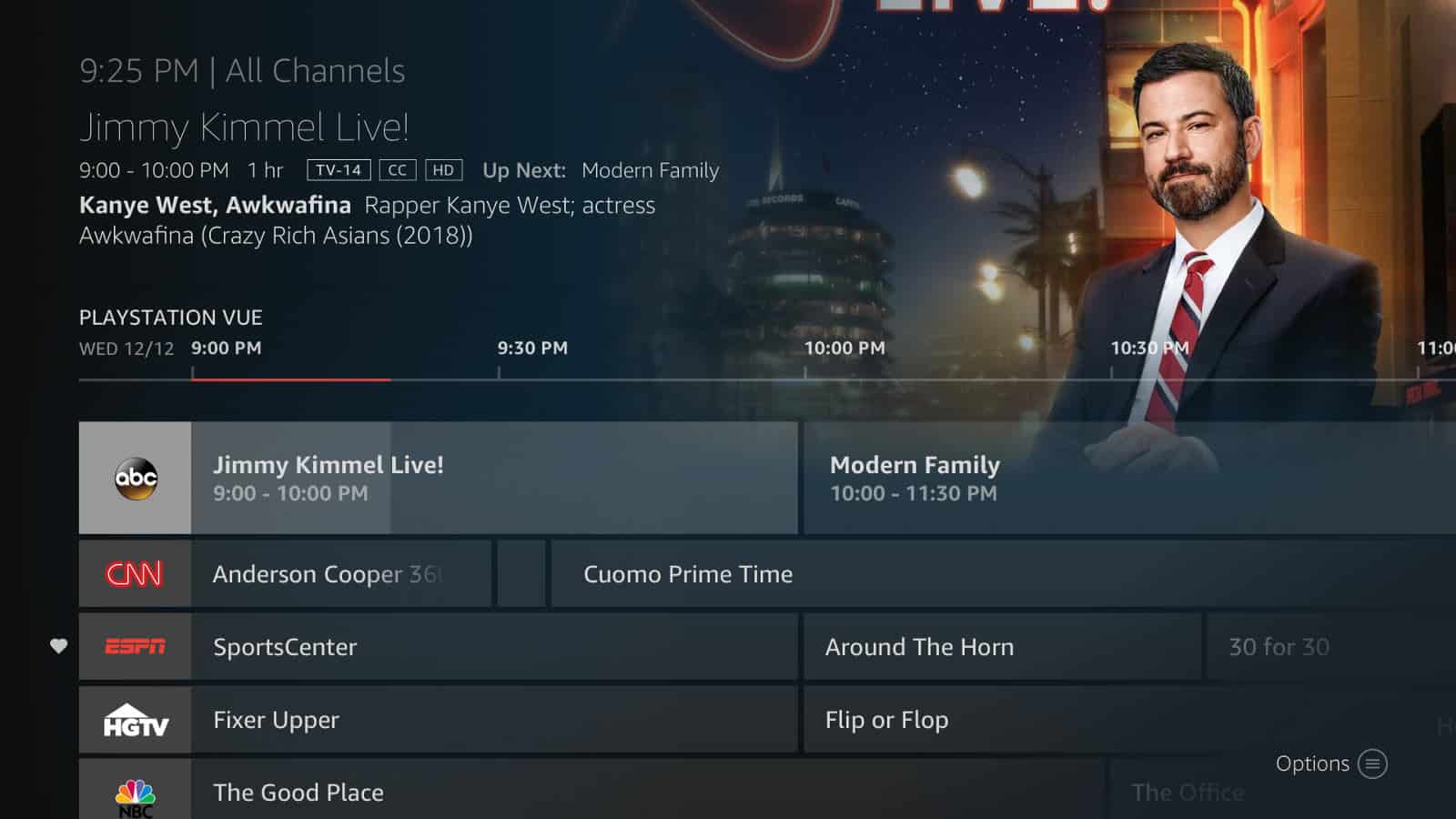 There is nothing you need to do to set it up on Fire TV. If you’re a PlayStation Vue subscriber, make sure you’re logged in, and it will just start displaying what’s on now and coming up. And you can use Alexa to show you the guide or open a specific channel with your Alexa Voice Remote, or a connected Echo. You can use commands like: “Alexa, show me the channel guide” or “Alexa, tune to ESPN.” You can also add shows to the Cloud-DVR by favoriting them from the guide.

When it comes to cord cutting, PlayStation Vue is trailing in the number of subscribers compared to other services like DIRECTV Now and Sling TV. Still, I still find it to be the best service mainly because it has the best cloud-DVR system. Now PlayStation Vue is the first live TV streaming service to offer integration with Apple TV and Fire TV. This should increase PlayStation Vue’s visibility and appeal to more subscribers.