If you use Microsoft Teams on the web you might want to create a web app (PWA) for it on Windows 10. Here’s how to do it.

If you use Microsoft Teams, chances are you installed the desktop (Win32) version of the software. But Teams is also available on the web. Sure, it might not have as many features, but if you’re using the free version, that might be all you need. But instead of opening a tab and browser instance every time you want to use it, you can install it as a web app, aka Progressive Web App or (PWA). Here’s how to do that using Microsoft Edge on Windows 10.

Install Microsoft Teams as a PWA on Windows 10

To get started, we’ll take a look at using the Chromium-based version of Microsoft Edge as Legacy Edge is no longer supported on Windows 10. And the new version of Edge makes installing web apps a lot easier anyway.

To get started, launch Edge and log into your Microsoft Teams account. Then click the Settings and more (three dots) button in the upper-right corner of the browser. Then scroll down and click Apps > Install this site as an app from the menu. 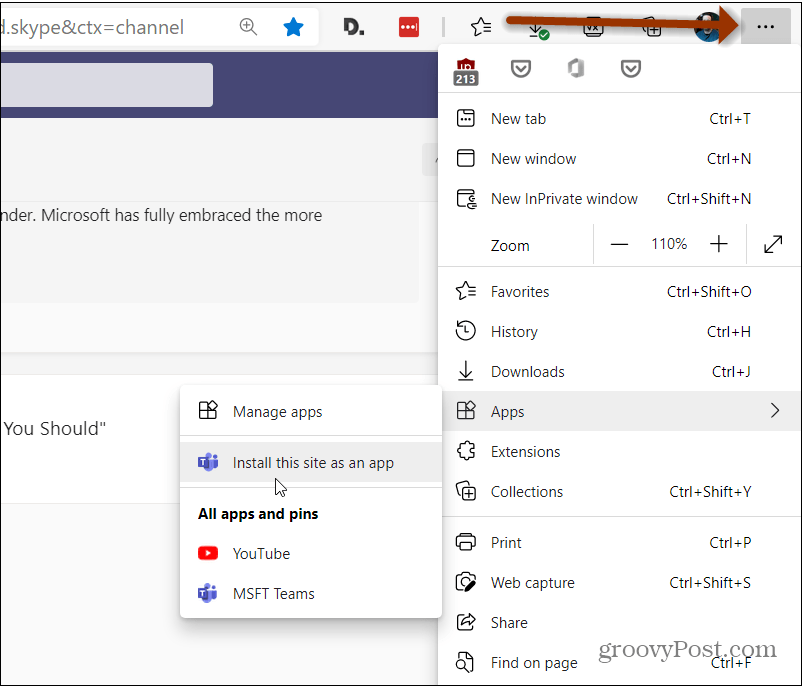 Next, type in a name that helps you identify the app and click the Install button.

That’s all there is to it! Microsoft Teams will launch in its own Edge wrapper, and you can begin using the web version of Teams. It doesn’t just launch in a separate tab. 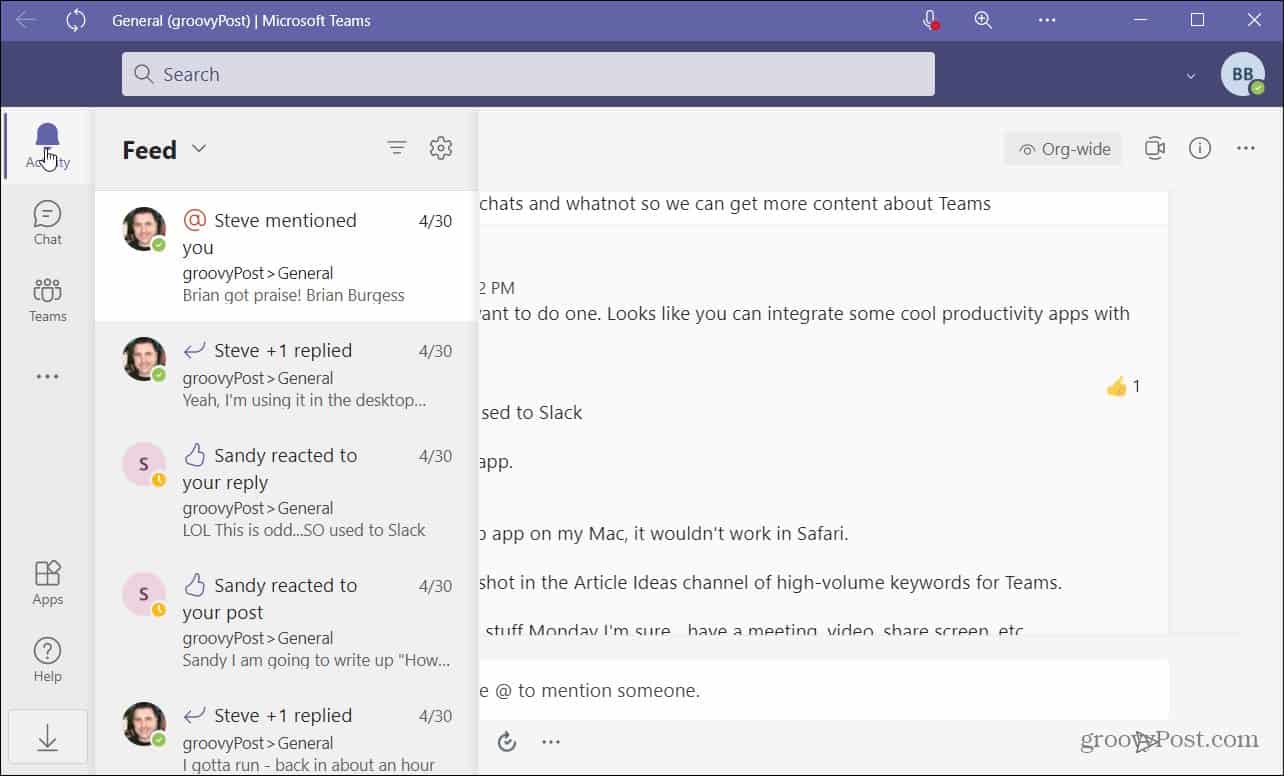 It installs as any other application would. You can click on Start and should see it under the Recently Added section. 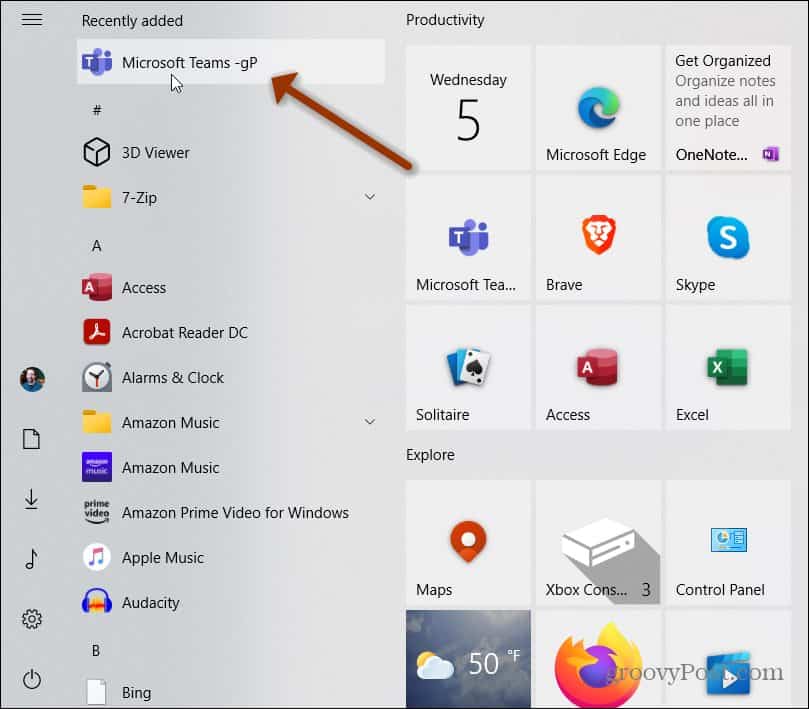 You can also find it by its first letter on the “Apps list” on the Start menu. From there, you can right-click on it and pin it as a tile to Start or the taskbar by selecting More > Pin to taskbar. 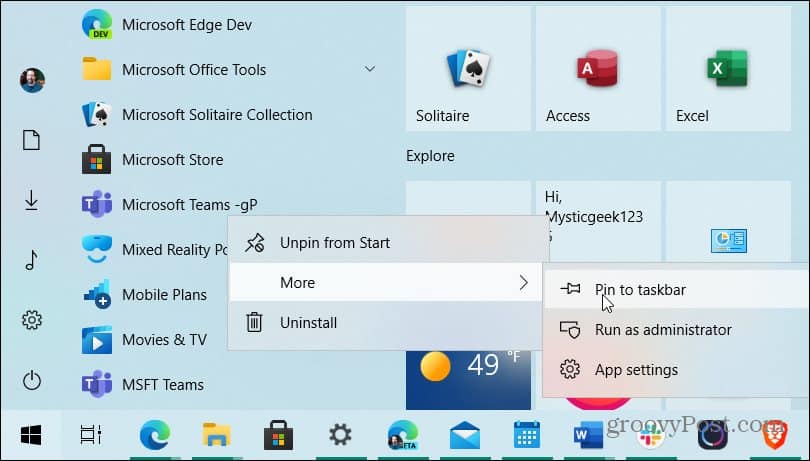 You can have private conversations with coworkers in Microsoft Teams, but you might want to delete or hide a chat in Teams. And if you’re running the desktop version, check out our article on how to disable or uninstall Microsoft Teams.