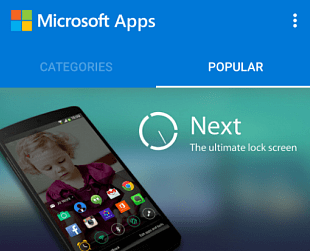 To make it easier for Android users to find Microsoft apps, the company released ‘Microsoft Apps’ which provides a central location for all of its apps.

Microsoft has done a lot over the past year to make its services available for both iOS and Android mobile platforms. You might be surprised to know that Microsoft currently offers about 80 apps for your Android device via the Google Play App store. 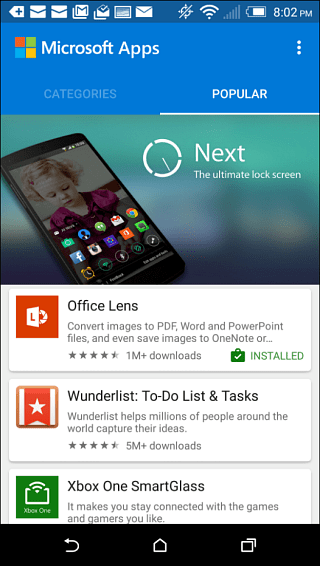 To make it easier for Android users to find its apps, the company recently released Microsoft Apps, which provides a central location for all of its apps available on Android.

In addition to being a one-stop shop for Microsoft’s mobile apps, it’s an easy way to find what’s popular. It also helps you find the apps you need in different categories like productivity, entertainment, education, and others. 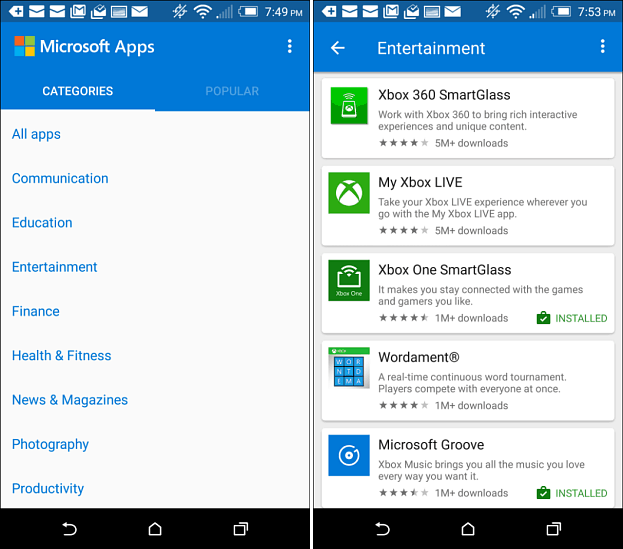 While an app to find, apps may seem redundant, if you’re a fan of Microsoft and its services, having them all in one spot makes it much easier to find them. If you search the Play Store for Office apps, Cortana, or Xbox, sometimes you get results from third-party developers and not the official ones.

Microsoft is taking its idea of providing its services cross-platform seriously. So, another benefit to this is you’ll be able to quickly find new Microsoft apps for Android as they’re made available.

Find Apps from Your Favorite Developers in Google Play

It’s also worth mentioning that if you want to find all apps that are available from a particular developer, there’s a simple way to do it in the web version of the Play Store. When previewing an app, just select the company or developer name listed beneath the title.

For example, in the shot below I choose Angry Birds Star Wars from Rovio Entertainment.

After selecting the link, it brings you to a page with a list of all its available apps. 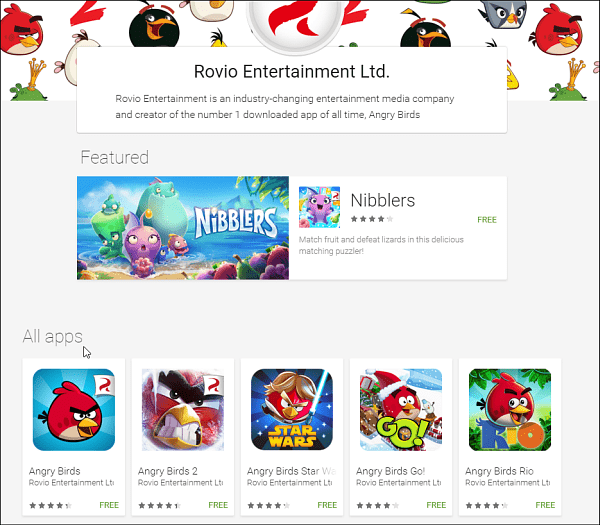 What’s your favorite Microsoft app on Android? Leave a comment below and tell us about it.