Twitter announced this week that it has enabled “Night Mode” on its web version for desktop users. Here’s how to turn it on or off. 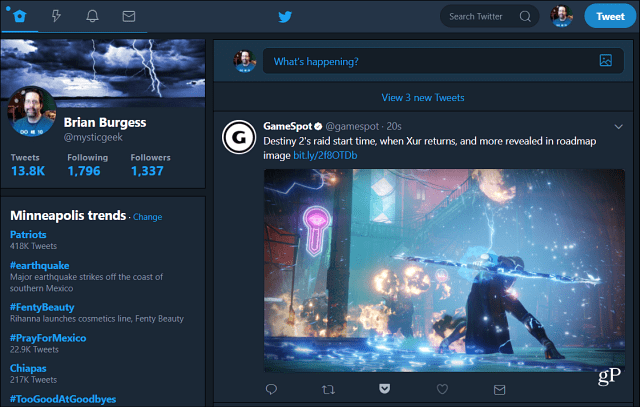 If you’re ever up late on your PC and in front of a large monitor using Twitter, you might need to give your eyes a break from staring at the white background too long. If you have found yourself in that scenario, you’re in luck. Twitter announced this week that it has enabled “Night Mode” on its website.

A dark mode for Twitter on the desktop isn’t necessarily anything new as dedicated Twitter apps like TweetDeck already have the option. It has also been available for a while on the Android and iOS Twitter apps. Now, after a brief stint in beta, the feature has come to the web version. It gives desktop users’ eyes a break from all the bright white in the background.

The availability of Night Mode was announced through the company’s Support channel:

If you are using a customized color scheme on Twitter now you may have to adjust a few things after enabling Night Mode. To turn on Night Mode, on your browser, log into your Twitter account. Then click on your profile picture in the upper-right corner of the page. From the drop-down menu select Night Mode. 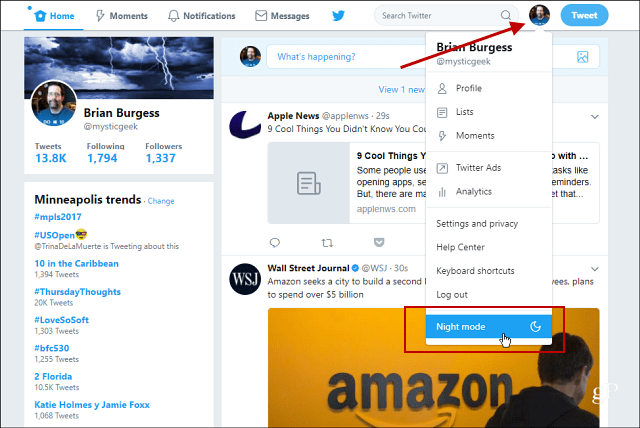 Twitter with the default white background before turning on Night Mode. After hours of so much bright white, your eyes need a break.

Then to turn it off just go back to the menu and click Night Mode again to toggle it off. 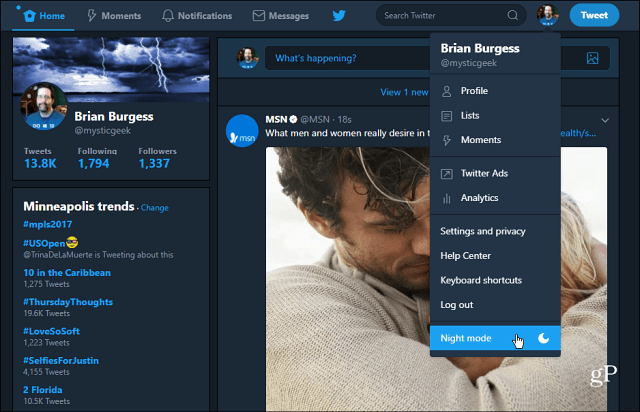 Twitter after the new Night Mode option has been enabled. You can toggle it on or off easily from the Profile menu.

Dark interfaces have become quite popular as of late. More apps and services have been implementing it as an option – including Windows 10. If you want to make your computing experience as “dark” as possible, take a look at some of our other articles linked below.

Do you like the “Dark” or “Night” theme on Windows 10 and throughout all of the apps and online services you use? Leave a comment below and let us know your preferences.