Google this week announced it is shutting down its Google+ social network at the end of August 2019. Here is how to delete your account now.

Update 04/2021: since this article was originally written, Google has moved fast is getting rid of the Google+ service. The company has renamed Google+ for Gsuite users to Google Workspace.

Google this week announced it is shutting down the consumer version of Google+ by the end of August 2019. The move is due to an alarming issue where the social network exposed the personal data of 500,000 users. According to a report from the Wall Street Journal, the breach took place between 2015 and 2018. The major issue here is that Google never revealed the hack to the public. According to the WSJ, Google chose to not disclose the event to avoid regulatory scrutiny from lawmakers.

When it first launched in 2011, Google+ was all the rage, and millions of users signed up – only to eventually forget about it. But a large number of people were forced to create a profile. The company used to require a Google+ profile for other services like YouTube and Gmail. Nonetheless, Google is going to sunset the social network in less than a year so if you want to backup your Google+ data and delete your profile now, just follow the steps below.

The first thing you want to do is download any data you posted to the service, namely photos. To do that, head to the Google Takeout download page. Log in if you aren’t already and select Google+ and any other Google service you want a backup of. By the way, it’s a long list of services, some of which you might not have known was Google’s. To make it Google+ specific, click the Select None button and only turn on only Google+ and scroll down and hit Next. 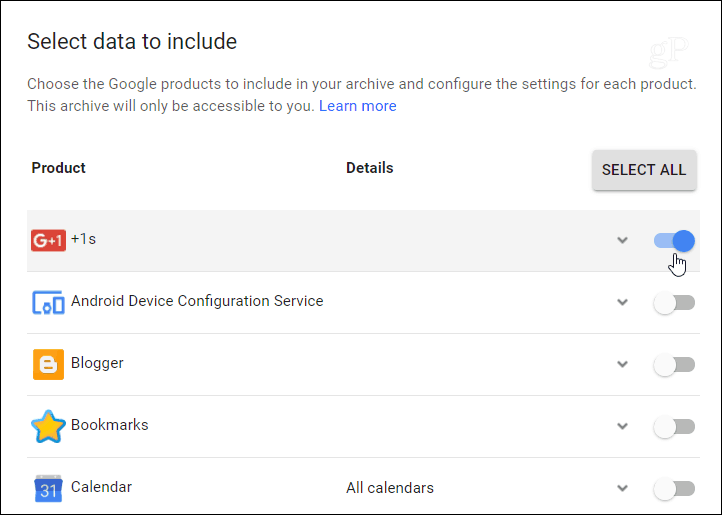 Next, choose how you want your data delivered. You can have it send you a download link via email or uploaded to Dropbox or OneDrive. You can also choose the archive file type and max size. The amount of time it takes will vary depending on how much data you’ve put up on service. In my example, I’m going to archive it to OneDrive. 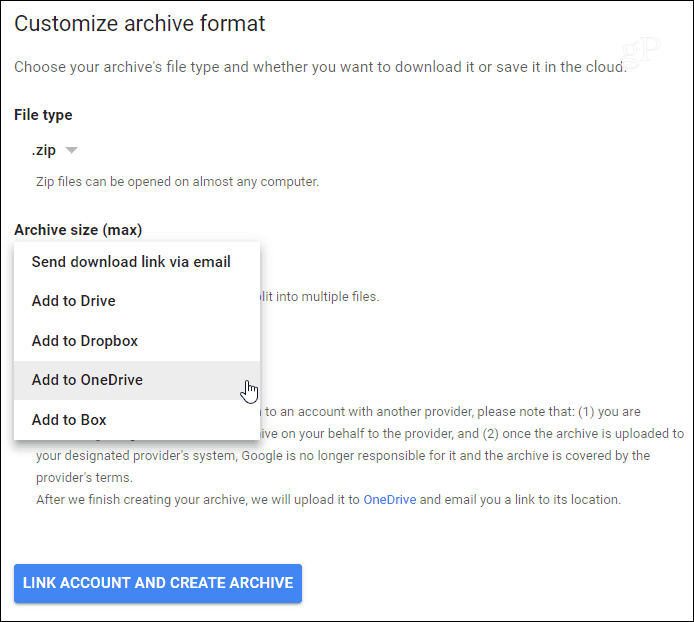 Now that you have your data, the next thing is to delete the profile. Head to the Google+ Downgrade page, sign in, and follow the onscreen instructions. It’s straight-forward, you just click a couple of boxes and verify you want out. 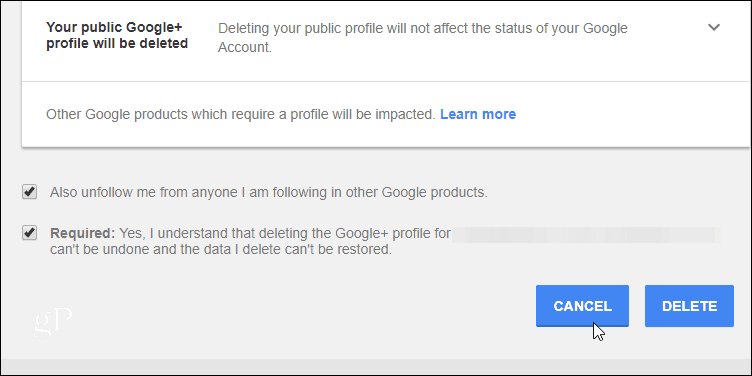 That’s it! You’re all done with Google’s social network. If you’re an Android user and have the Google+ app on your phone, you might as well delete that, too. It’s worth noting that if you go to the Google+ downgrade page and don’t see it, then you already deleted it or never had one. But you should double-check. I have spoken with several people who signed up for it and quickly forgot about it. Or, one was created automatically when signing up for a different Google service.

In addition to this latest news, Google has had some serious issues when it comes to privacy. For example, in August, the Associated Press revealed that the company had sneakily changed the way it tracks your location. But we did some digging and to prevent tracking read our article: How to Really Stop Google from Tracking Your Location.

And when Google released version 69 of its Chrome browser, users were outraged due to a controversial automatic login feature. After receiving heavy amounts of criticism, the search giant announced it would offer users more control over the login settings with the upcoming Chrome 70. Google runs deep through all of our lives, and it’s important to make sure your data and privacy are protected. For more, make sure to read through other articles in our Google archive.

Google+ for G Suite is going to live on, though. In fact, Google recently announced new features for it like more admin tools to manage posts. It will also allow employees to tag content.