Microsoft Edge uses a speed dial feature like you see in other browsers. It shows top sites and news content, but you can customize it or make it blank.

Update: This article is for the legacy version of Edge. Find out more about the new customizing the New Tab Page on the new Edge.

Windows 10 has a new default browser called Microsoft Edge; as we’ve said in the past, it’s still a work in progress. Currently, it uses a speed dial feature, as you see in Opera and other browsers.

It shows top and frequently visited sites, the ability to get top site apps that will open the Store, suggested news content, widgets for weather and sporting events. But if you’re not happy with the default selections Microsoft has included, there is some customization you can do, including having it open to a blank page. 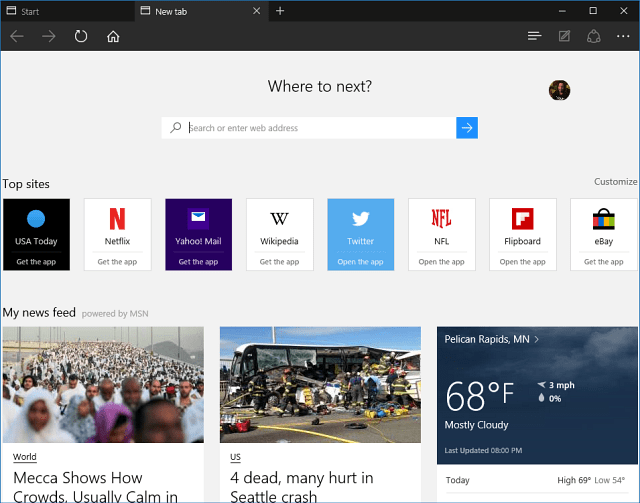 Launch Microsoft Edge and select the More actions icon (…) in the upper-right corner and then Settings. 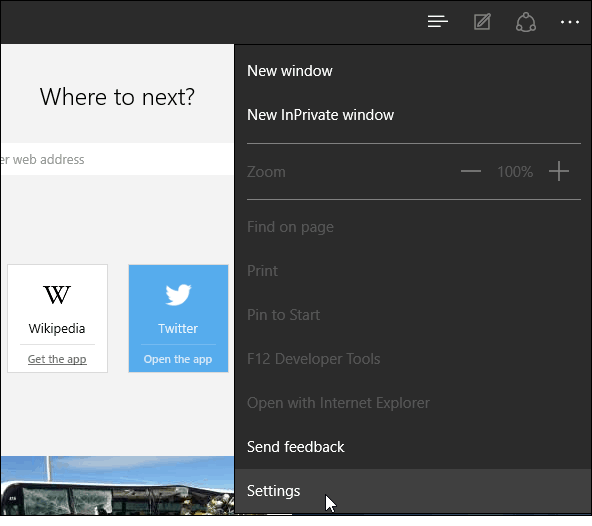 Next, scroll down to Open new tabs with and from the dropdown menu; you can have it display top sites and suggested content, top sites only, or just a blank page. 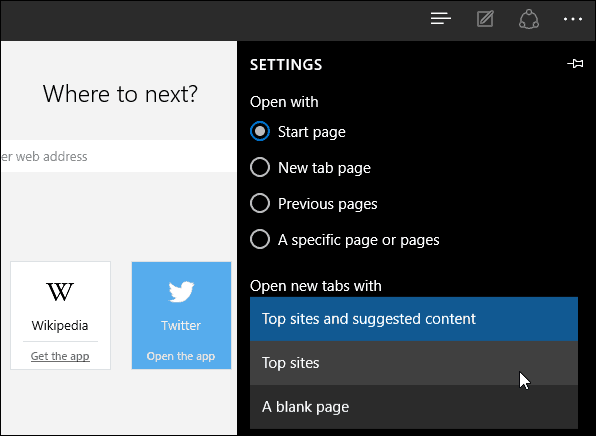 While sometimes I like to see the suggested content, it does seem to slow the browser down a bit…takes a bit of time for the content to load. If you’re looking to increase performance and have no desire to see the extra stuff… open to a blank page. It’s not a blank page like you’d expect in other browsers like IE or Firefox, but it’s cleaner. 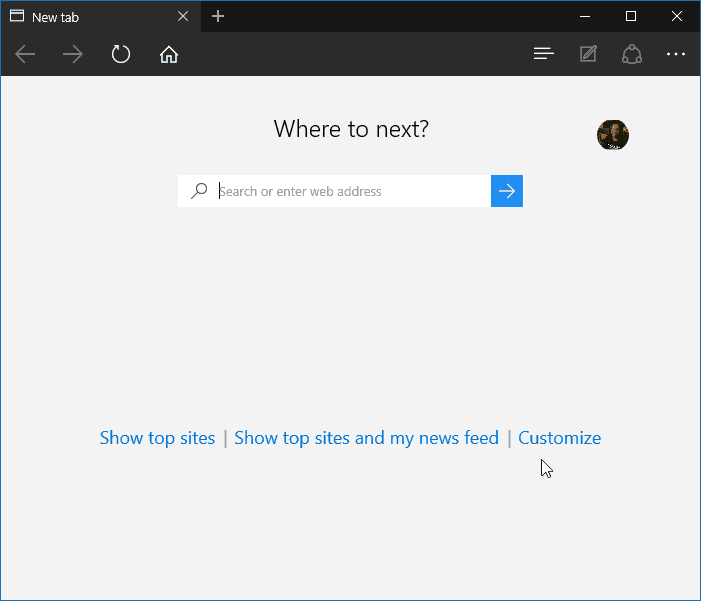 If you are a fan of the suggested content, you can customize it to fit your interests better. Open a new tab and select Customize. 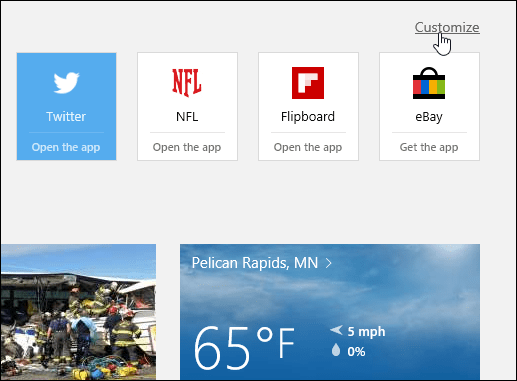 You can also select from the customization displayed above and your favorite topics at the bottom of the next page. 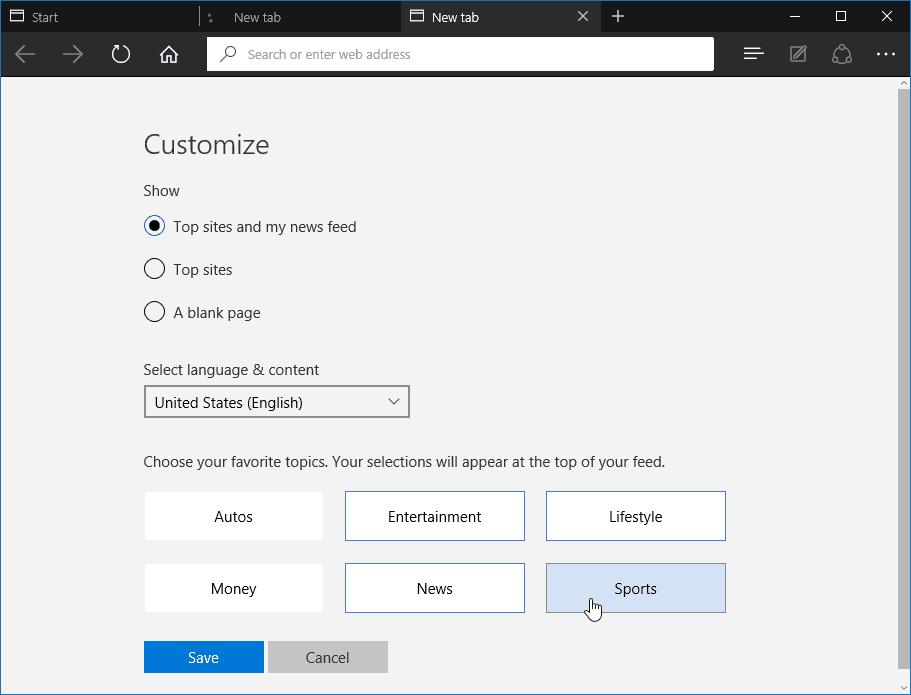 There is a big update, codenamed Threshold 2, coming to Windows 10 later this fall. In fact, we’re already starting to get new builds for those in the Windows Insider Program — the last one was build 10547.

We expect to see support for extensions in Microsoft Edge and hopefully even more options for customizing the new tab page, too.

What is your take on the new tab page in Microsoft Edge? Do you like the suggested content it displays or not so much? Leave a comment below and let us know your thoughts.