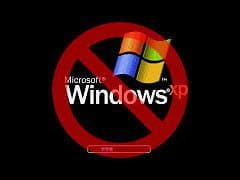 Microsoft is ending support for Windows XP on April 8th. Here’s an open post where we’d like to know your memories and thoughts about the 12 year old OS.

I had a lot of good and not so good times with XP. When it first came out I had horrendous driver issues and not to mention multiple Blue Screen’s of Death. Service Pack 1 addressed some of the issues, but there were still a lot of holes and vulnerabilities. Service Pack 2 did a good job of shoring things up at the time, however at that point I had already switched my browser to Firefox…I had actually switched to it before it even reached version 1.0. Then, when Service Pack 3 rolled out and update upon update (that usually broke something else) had been downloaded, it was a pretty solid system. It was also receiving new versions of Internet Explorer – which for me, at the time, I was working in IT for a Power Cooperative that used legacy business specific hardware and software (sigh). Also, I cannot count the number of hours I spent removing viruses, spyware, and reformatting drives that were at the point of return.

But on the personal level, I thought it was solid and a lot of fun to use. In fact, when Vista rolled out, being the early adopter geek I am, I jumped right into that. Well, I’ll save the long story and just simply say: I went back to XP within a month or so, and never did much with Vista.

As we say goodbye to Windows XP: Let us know your thoughts on the long lasting OS. What were the good times? What were the infuriating times? Will you miss XP, or have you moved on long ago and are running Windows 8.1 on all of your systems like me? Or some of you might have no intention of switching. I have a relative who is still rocking an ancient Windows 98 laptop!

Leave a comment below and let us know your thoughts on the end of Windows XP!

Also make sure to check out these following articles to help you with the move from XP: