Microsoft announced the Windows Live SkyDrive app for Apple iOS devices. Here’s our first look at how to use it and what you can expect.

On your iPhone, iPod touch, or iPad install the SkyDrive app from the App Store. After downloaded, you’ll find the SkyDrive icon on the home screen. Tap to launch it. 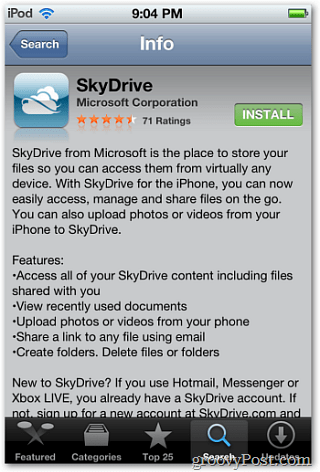 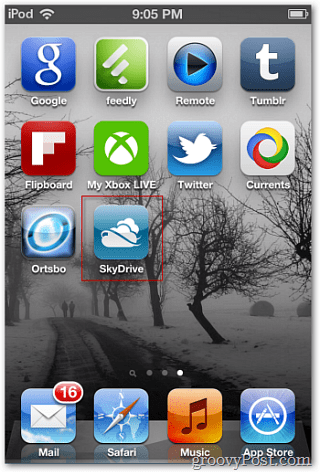 You’re prompted to sign into your Windows Live Account. After typing your email address, it will auto fill .live.com or .hotmail.com after typing the @ symbol.
Not a huge feature, but a nice time saver is you have multiple MS Live accounts. 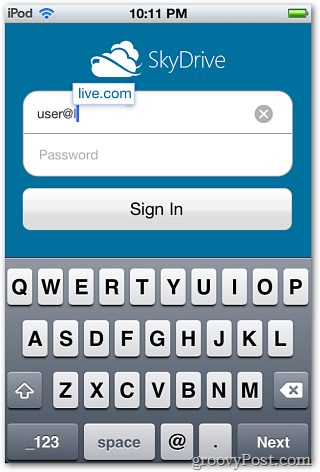 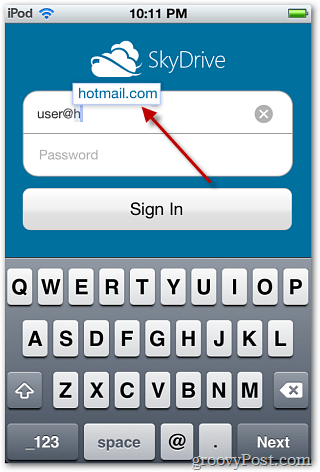 After logging in, you’re presented with the folders in your SkyDrive. Tap a folder to see the files in it. 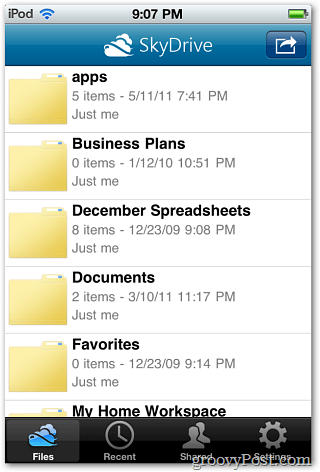 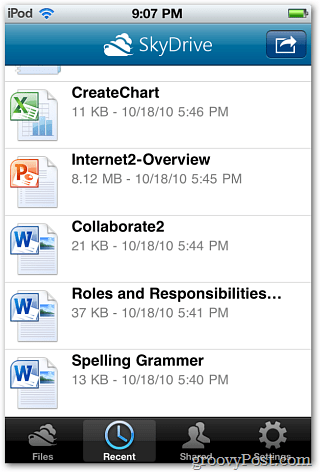 Tap on a file to view it in Read Only mode. Here’s an example of viewing PowerPoint and Excel Document on an iPod touch. 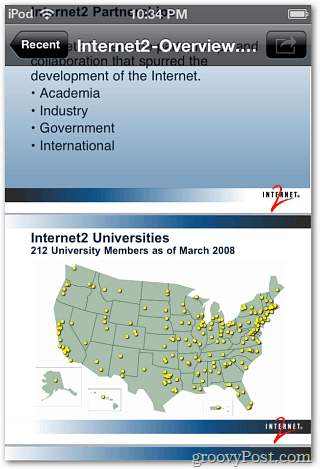 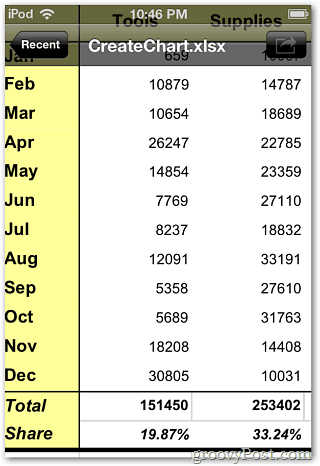 While viewing a document, tap the Share icon on the upper right of the screen to share the link to it with other contacts via email. 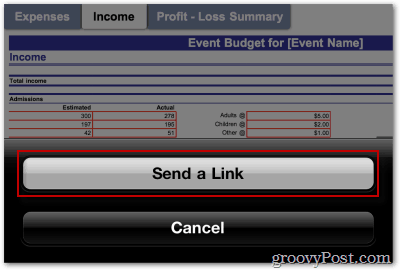 Next select if you want people to have View or View and Edit rights to it. 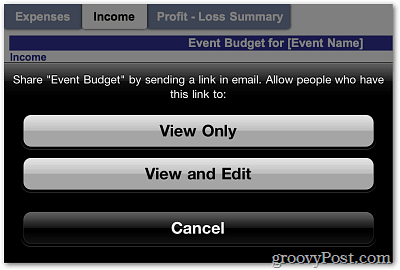 The Mail app opens for you to send it off. 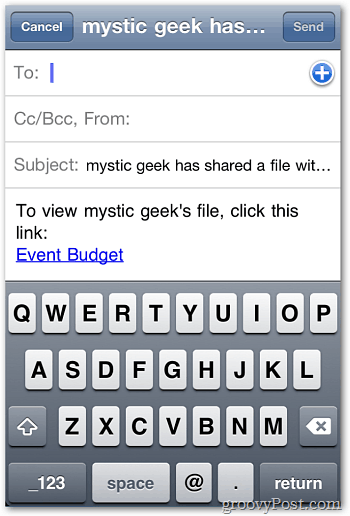 The person you sent the link to just needs to click it in their email. They’re brought to the document where they can view and / or edit it in their browser via Microsoft Office Web Apps. 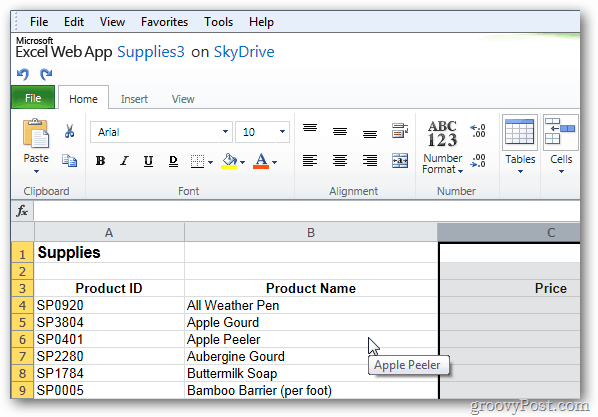 The SkyDrive app lets you create new folders on your SkyDrive. After the folder is created, tap the arrow icon. 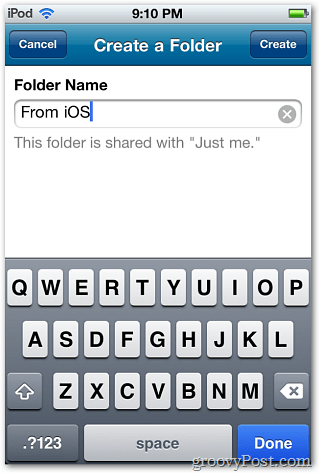 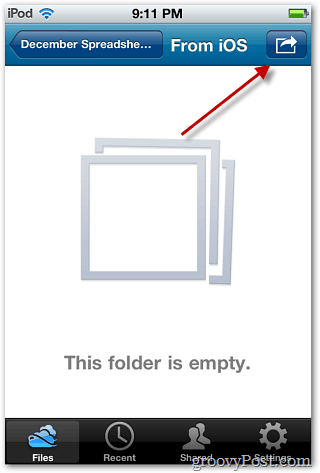 Now you can upload photos or video to the folder. Tap Add a Photo or Video. Then take a picture or video or use existing files from your device. 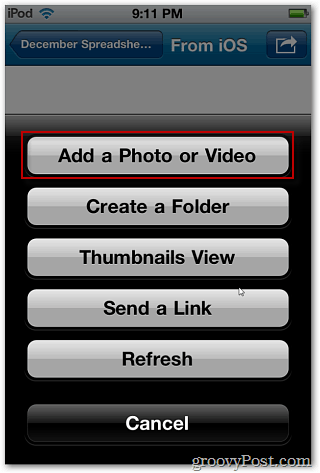 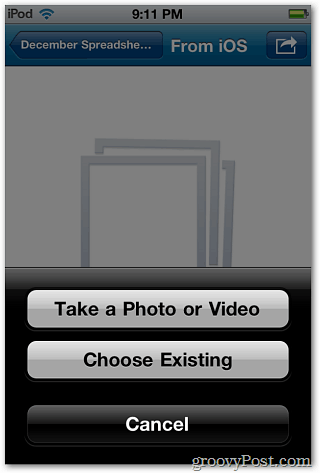 Here I added a few photos from my Camera Roll. If you have photos stored on SkyDrive, you can easily view them from your device too. 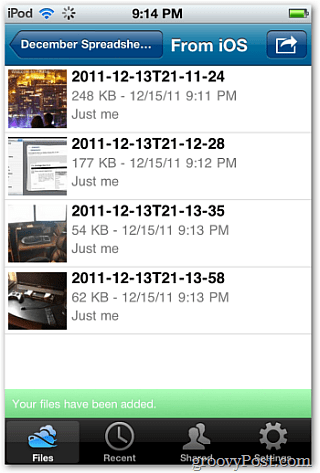 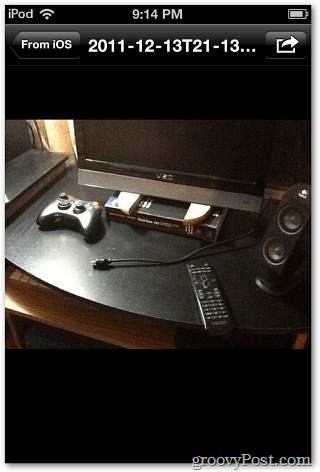 Of course after uploading the files you’ll be able to access them from your SkyDrive anywhere you have access to it. 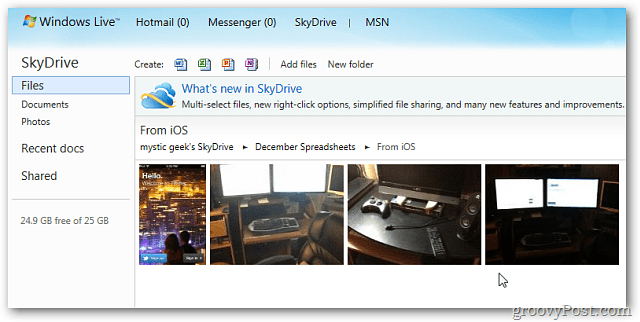 Like with other iPhone / iPod touch only apps, you can run SkyDrive on an iPad – in 1 and 2x mode only. An iPad optimized version will be welcome. 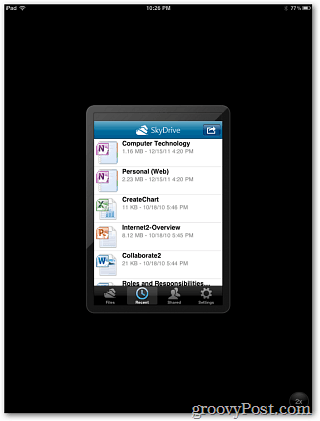 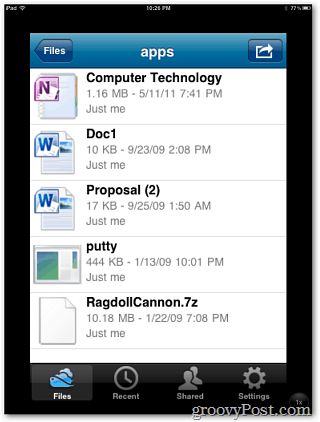 Overall, SkyDrive for Apple’s iOS is a convenient way to upload and share docs, videos and photos. However, being able to work with the files on your device is limited. Hopefully, the rumors of MS Office suite for iOS turn out to be true.

It would be nice to have the ability to edit shared docs on your Apple device.

Here’s a video from Microsoft demonstrating the SkyDrive app on an iPhone.