If there was ever a time to hold off on buying a Verizon phone – now is that time. At this time, the only people buying a smartphone on Verizon should be those with no interest in Android. If you’re an Apple user who’s invested in the Apple ecosystem, now is a great time to upgrade to the iPhone 4S, especially if you are coming from from the iPhone 3G/S. But for anybody who has interest in Android or 4G speeds, there are some important releases upcoming that make waiting worthwhile.

The Apple iPhone 4S is great phone for Apple enthusiasts. Packed with a  dual-core 1GHz processor, a best-in-class 8-megapixel camera and the new Siri voice assistant – it will perform well as a daily workhorse. Its software is the latest iOS5 with its major improvement of keeping your phone synced with their iCloud service. This hardware upgrade, however, is not revolutionary. It keeps the small 3.5-inch screen that no longer seems adequate when compared to its competitors. It also lacks a 4G radio, giving it better battery life but poorer data performance. The lack of 4G is a deal breaker for some (especially on Verizon with its impressive LTE speeds). We have detailed both our excitement and disappointment with the iPhone 4S phone here. 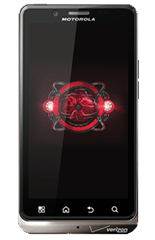 The Droid Bionic is the best Android phone on Verizon. It packs a 4G LTE radio, a dual-core 1GHz processor, 1GB RAM and an 8-megapixel camera into a sleek, albeit large, case. Its 4.3-inch HD display looks good (despite being a PenTile display) and can display more content than WVGA screens due to its higher resolution. The camera does not match the performance of the iPhone 4S, but it’s no slouch. It takes good pictures when adequate lighting is available. Its LTE capability gives it great data speeds with better building penetration than any other technology available. If you are wavering between this and the iPhone 4S, LTE could be the deciding factor. 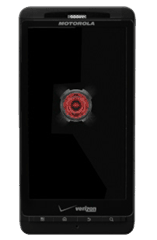 The Droid X2 can be thought of as a Droid Bionic without LTE. It does have 512MB less RAM and 16GB less storage, but it offers a similar style and performance. The Bionic is the better choice because of the benefits offered by LTE, but the Droid X2 offers a similar screen and performance at a third of the price. Look for the Bionic to begin to drop in price as newer phones arrive on the scene, making the Droid X2 lose some of its appeal.  The iPhone 4 is also a great budget choice, but I recommend spending the extra $100 and springing for the iPhone 4S.

The big news for the Galaxy Nexus is that it will launch with the next version of Android: Ice Cream Sandwich (ICS). ICS unites Gingerbread (smartphones) and Honeycomb (tablets) into one OS – bringing the best of each to one platform.

Here’s what’s known about the Galaxy Nexus so far. As you can see from Samsung’s promotional video, the screen will feature curved glass similar to that of the Nexus S. As for specs, BGR  revealed a set of specs that included a 4.65-inch 720p Super AMOLED HD screen, a dual-core 1.2GHz processor and an LTE radio. They also claim it will have a disappointingly small 5-megapixel camera. The same day, however, GSMArena revealed a more impressive set of specs. Their source claimed it will ship with Samsung’s dual-core 1.5GHz processor, an 8–megapixel camera and a huge 2050 mAh battery. These may actually be two different phones, but there is nothing definitive yet. Everything will be revealed during the Google/Samsung event at the Asia D conference that is being streamed live on Oct 18 at 7PM PST. To keep you satisfied until then, you can view some pictures and video of the Galaxy Nexus leaked by Mobilissimo.ro. 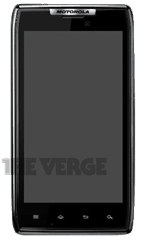 The folks over at The Verge received a leaked picture and details of Motorola’s upcoming smartphone that boasts some impressive specs. Their source claims it will have a dual-core 1.2GHz processor, 1GB RAM and an 8-megapixel camera. Its screen also looks to be impressive boasting a 4.3-inch qHD Super AMOLED display. Motorola has sent out invitations to the press for an Oct 18 event and released a promotional video. It will be interesting to see if this phone can compete with the Galaxy Nexus, especially since the Nexus will be running the newest version of Android.

Rounding out the leaks of flagship phones from the major OEMs is the HTC Rezound. Thanks to some ROM leaks by an Italian Android enthusiast named Fabio Mele, we know that it will come with a dual-core 1.5GHz processor, 1GB RAM, a 4.3-inch 720p screen and an 8-megapixel camera. He also pulled instructional videos off the ROM that can now be found here. The picture of the phone displayed here was part of a set of pictures leaked on the TEAM BAMF forums. As for release dates, Droid Life has received Verizon’s MAP that states a $299 price and a Nov 11 release date (at the earliest).

You can compare the specs of these phones with those currently on the market by looking at groovyPost’s Ultimate Smartphone Chart.

This is the first in a series of groovy’s coverage of Smartphones and the carriers they support. More coming soon!