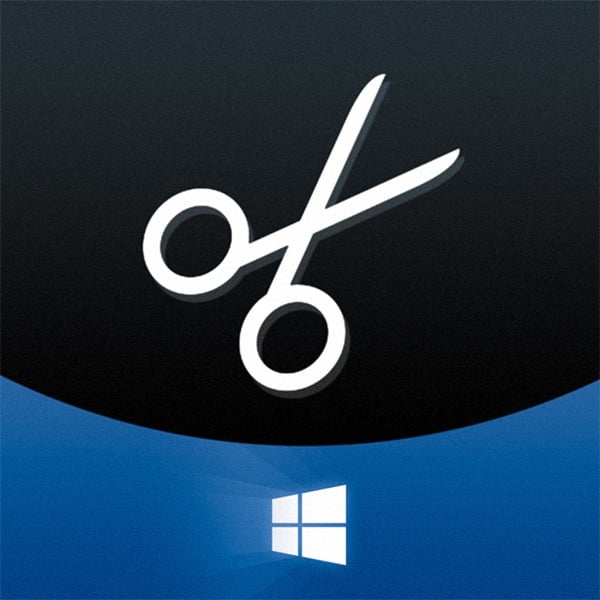 Remember the Snipping Tool that was introduced in Vista and Windows 7? Well, now Microsoft introduces Snip, and it allows e-ink and voice annotations.

Remember the Snipping Tool that was introduced in Windows Vista and 7? Yeah, neither do I. To be fair, it wasn’t exactly useful, and there were plenty of both free and paid alternatives for taking screenshots. But alongside the release of Windows 10, Microsoft is introducing a new tool called Snip. It takes a slightly different approach at taking screenshots and is dramatically more powerful than the old Snipping Tool.

It allows annotations using e-ink and your voice. Here’s our first look at Microsoft Snip Preview and what it can do. 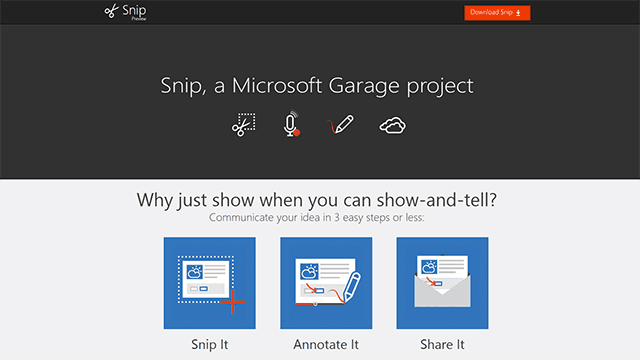 Launching Snip reveals an elegant menu that appears with a smooth animation, similar to the Xbox gaming menu in Windows 10. The first button lets you take a screenshot a specified region. The second one opens an empty canvas for doodling, and the third button uses your PCs camera to take a photo. 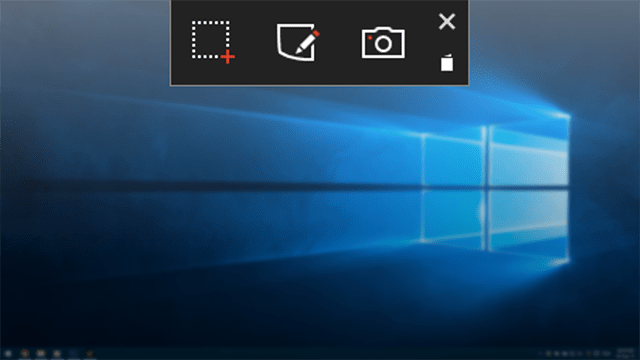 Below the close button, you’ll find a button to access the library, from where you can view and manage all your Snips. The only area where you might be a little disappointed is the Settings tab. It’s only sub-menu items are “Feedback”, “Privacy” and “Terms” — not much to see there. 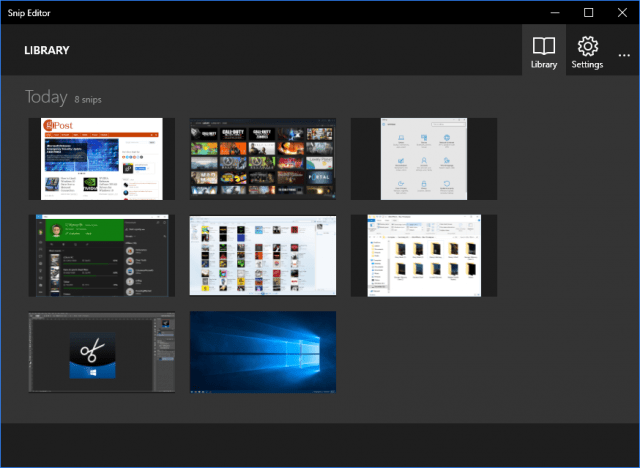 From the library, you can open the screenshots you want to edit and annotate. For annotations, you can choose between four different pen sizes and five different colors. Annotation can happen during recording 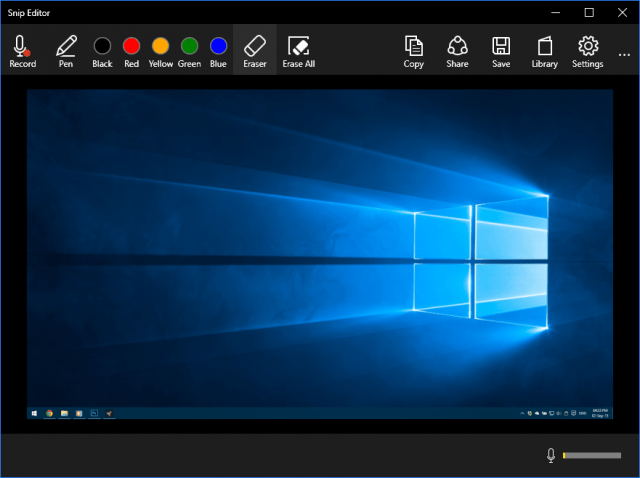 Snip’s main focus is creating short instructional clips with voice-overs and live annotations. After recording a clip you can play it back, upload it and get a link or embed code, or save it locally as an MP4 file. 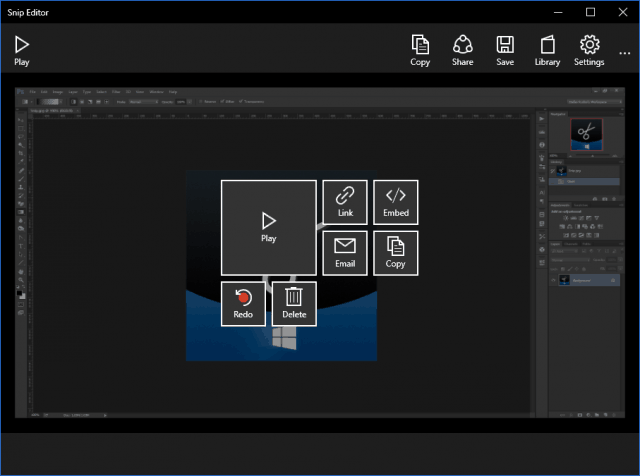 Here’s what an uploaded clip looks like with Microsoft’s embed code:

Oddly enough, on some videos, the audio seems to cut off for about half a second if it’s uploaded to the web. Another inconsistency is that the thickness of the annotations varies on the player size. If you try playing the video from the Microsoft embed normally and full screen, you will see that there’s a huge difference in the pen thickness. This means the player is actually rendering the annotations in real time, rather than playing back an encoded video. This is great for keeping the file size low, but bad for consistent pen sizes, apparently. This is still in beta, so you can expect bugs that should be fixed in the future.

While our last page is usually titled “Final Verdict”, it’s hard to slam a final word on a piece of software that is still in beta. There are a few inconsistencies here and there, but overall Snip is a great successor to the Snipping Tool in the previous versions of Windows. 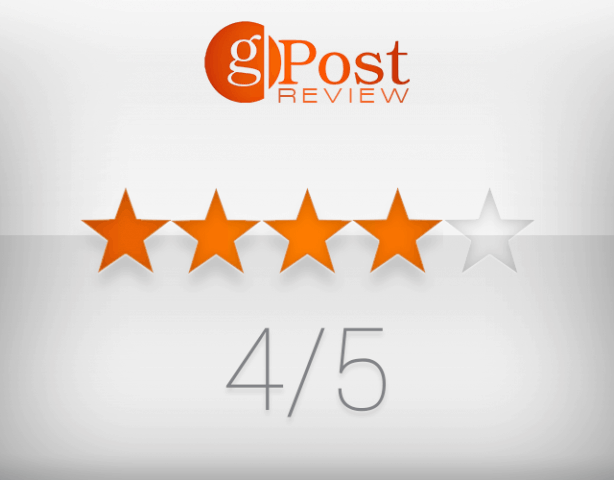 It’s worth noting that Snip will work with Windows 7 and 8.1 as well as Windows 10. If you’re looking for a free screenshot utility that provides more powerful options than the Snipping Tool, give it a try and let us know what you think in the comments below.