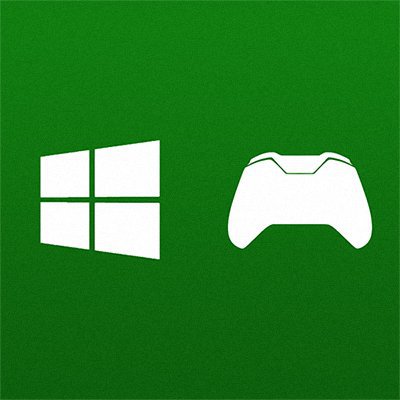 PC gamers are also more than excited to welcome what Windows 10 has to offer for gamers. So for entertainment’s sake, let’s talk gaming on Windows 10.

Windows 10 is certainly getting a lot of attention. But nerds and geeks aren’t the only people rejoicing — PC gamers are also more than excited to welcome what Windows 10 has to offer for gaming. So for entertainment’s sake, let’s talk gaming on Windows 10.

Disclaimer: This article is entirely based the experience with my laptop and the games that I own. Your results will vary depending on the games you play as well as your PC configuration.

We’ll start off easy. Let’s say you want install and play some games you have on a DVD or maybe from your Steam library. Here’s a look at what I tried in order to test performance in Windows 10.

What may seem like an old game actually had my computer lagging for a while. At the usual maxed out settings I was getting a measly 15 FPS. Being the first game that I tested, I figured that Windows 10 is definitely not suitable for gaming yet. Until, of course, I remembered to update my graphics card drivers to the latest version. The latest version was custom made for Windows 10 and was said to introduce performance improvements for the new OS. Before you know it everything was running at a constant 60 FPS again and I had no troubles whatsoever.

Moral to the story:

After fixing my supposed internet issues on Windows 10 I decided to bust out an evergreen multiplayer title – Black Ops 2.

Plugged in I didn’t notice much of a difference performance-wise. Everything felt right at home, as if I was playing on Windows 8.1. On battery, however, things were a bit different. Although on Windows 8.1 the game occasionally dropped some frames, on Windows 10 I didn’t notice any lag spikes at all. What this could mean is that the OS isn’t trying to hold back the CPU or GPU for the sake of saving more battery. For me, personally, that’s a big plus as I probably don’t care about battery too much if I’ve decided to play COD in the first place.

Either way – no huge news here – the good new is that everything works. 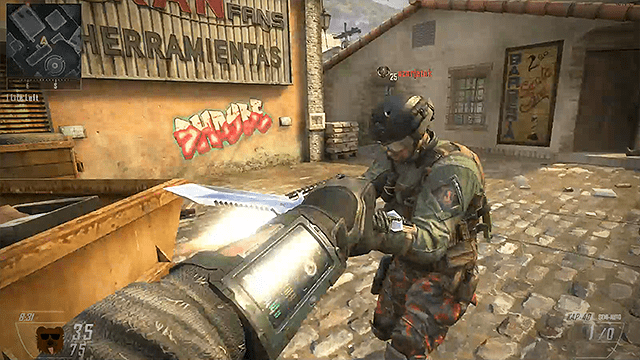 Alright, time to bring out the big guns. To be fair, I don’t have the best gaming laptop in the world, so I didn’t really expect a huge performance increase in comparison to Windows 8.1 for GTA V. Ingame explosions and particle effects didn’t cause as much dropped frames as when I played on 8.1, but breaking glass in cutscenes dropped my FPS from about 50 to 35. 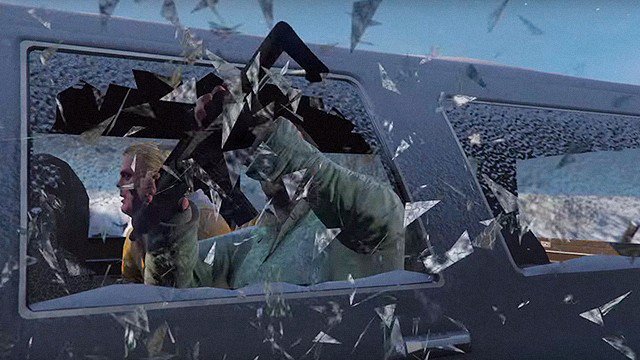 The frame dip during this moment was almost frightening.

This is will probably be fixed in a future NVIDIA driver update, so I wouldn’t call it worrying. Everything else works pretty much just as good as it does on Windows 8.1. Despite having multiple issues running something as simple as photoshop on Windows 10, demanding games like GTA V are apparently no problem for the new OS.

In case you haven’t heard, Windows 10 has a new built-in Game DVR feature. In theory, you should be able to press Win+G in any game to bring it up. In practice, it will only work on select games, otherwise you’ll need to play your games in Windowed mode. The new game bar allows you to take videos, screenshots, and also has a great new “Record that” feature. 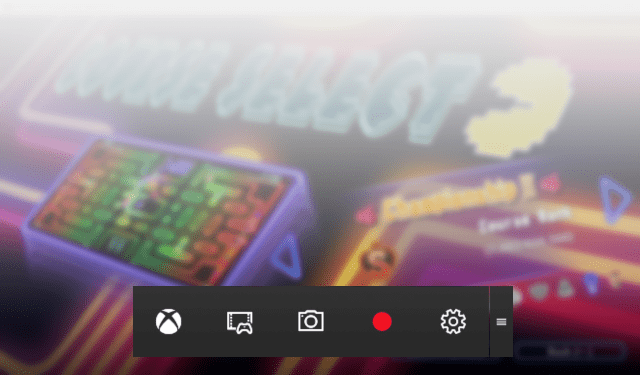 There’s not much to say about the screenshots, so I’ll go straight into video. It’s a great equivalent to FRAPS, although the videos come out way more compressed. If you absolutely insist on the highest quality possible then the built-in DVR probably won’t do the job for you. Otherwise it works just fine: the built-in editor will also allow you to trim your videos and share them with a single click. 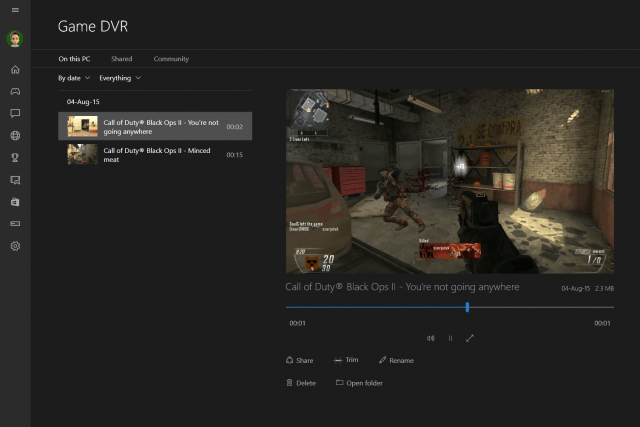 I captured some MLG-worthy footage right here! (just kidding – my KD is actually below 1.00…)

The “Record that!” feature is an awesome addition for any gamer. If enabled, a quick Win+Alt+G will immediately save the last 30 seconds of your gameplay. This really reminds me of the Instant Replay feature in GTA V, and is essentially the same thing. All this is great as long as Windows actually detects that you’re playing a game. It’s a good idea to try Win+G after starting each game to make sure it is detected. The saved videos do seem slightly more compressed than regular recordings, but what’s important is that you can capture a moment that would have otherwise been lost.

Well, gee, did you think I pressed Win+G by accident?

As I mentioned, you probably won’t be able to use this feature if you’re playing fullscreen too, so it’s more than apparent that we’ll have to wait for a future update before we can ditch FRAPS completely. Let’s just hope the folks at Microsoft don’t underestimate gamers’ needs!

It’s hard for me to put down my skepticism towards Xbox apps of any kind in a sentence, but let me tell you this — the Xbox app on Windows 8.1 didn’t work for me at all. It would crash, fail to update, glitch on loading achievements and even fail to log me at times. I didn’t even think for a second that Windows 10 would have these issues fixed, but surprisingly, so far I can only say positive things about the new Xbox app(s). 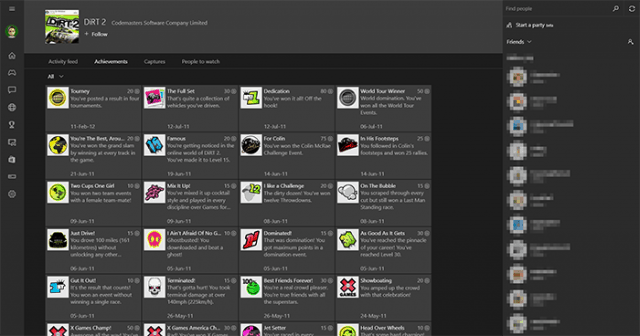 The interface is very nicely made and load times of just about anything are nearly instantaneous. The whole social aspect of the apps isn’t overlooked. Connection failures and bugs are rare, but if you do encounter any it’s most likely due to overloaded servers. 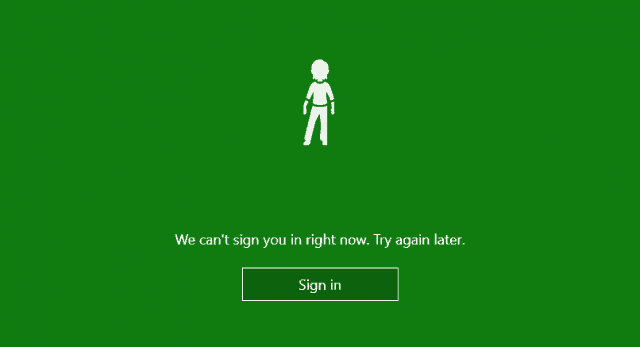 I’ve seen that before!

The new Xbox app also features direct game streaming from your Xbox One to your PC. I don’t have an Xbox One, nor am I thinking of getting one, but various tech reviewers from all over the web seem to be giving this feature a big thumbs up. Streaming speeds are apparently fast enough to even play FPS games and the video compression is even better handled than services like OnLive. All you need to do is make sure you’re using a fast internet connection, otherwise you’ll probably be doomed from the start. 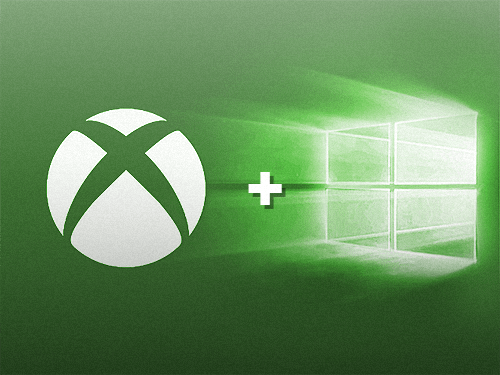 While it’s probably not going to be a replacement for more popular PC gaming platforms, the Xbox app is a good way to turn the PC-console relationship from a handshake to a warm hug.

Undoubtedly the biggest reason why gamers will switch to Windows 10 eventually is DirectX 12. Although there are currently no games you can play that support the new DirectX, the video below should demonstrate one of it’s many benefits.

The performance increase promised by the new DirectX will mostly be enjoyed by high-end users…but then again, just about all gaming PCs are high-end setups. Although benchmark tests really have everyone drooling over numbers I’d prefer to wait for next year’s games to give a final rating on this long-awaited feature.

So is Windows 10 fully ready to meet your gaming needs? 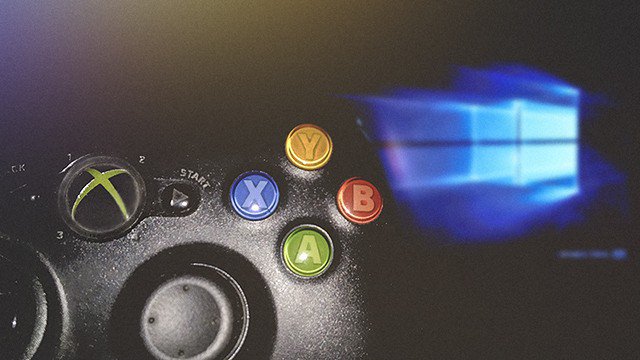 The answer entirely depends on your wants and needs as a gamer. If you’re looking for an early ride in the bullet train to the future of gaming, make no mistake, Windows 10 is exactly what you’re looking for. But if you’re often nitpicking about compatibility, constant framerates and stability, then it’s probably best to stick with Windows 8.1 for now. One thing, however, is certain: Windows 10 is on the right path for PC gaming, and it will reach it’s final destination eventually.