Here is an early look at what you can expect from Microsoft Edge for Android which is now available to test in the Google Play Store.

Microsoft recently announced that its “Windows 10 exclusive” Edge web browser is coming to Android and iOS. Apple’s iPhone was the first to get it, and a week later it became available for Android users via the Google Play Store. Here is an early look at what you can expect from Edge for Android.

Note: This is currently the preview (beta) version, and it will have issues with bugs and features while the development cycle moves forward. It requires Android 4.4 KitKat or higher. For this article, I tested it out on a Nexus 6P with Android 8.0 Oreo and an HTC One with Android 6.0 Marshmallow. Also, Edge preview is currently limited to users in the U.S. 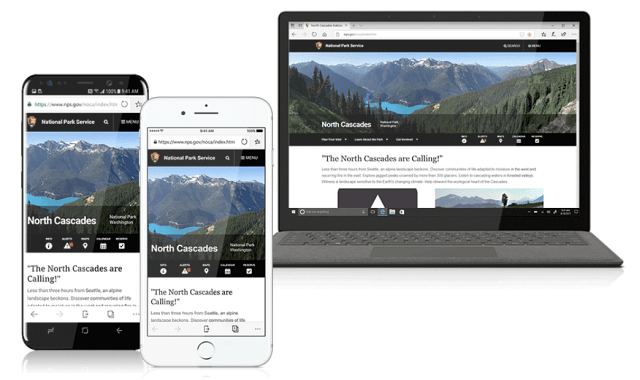 The goal of Edge on Android is to provide a consistent experience between your PC and phone. After installing the app, you can sign in with your Microsoft account which will allow you to sync favorites, settings, and other items between your devices. You can also opt-in to share browsing history with Microsoft – but you don’t have to and can change your mind and switch back either way in Settings. 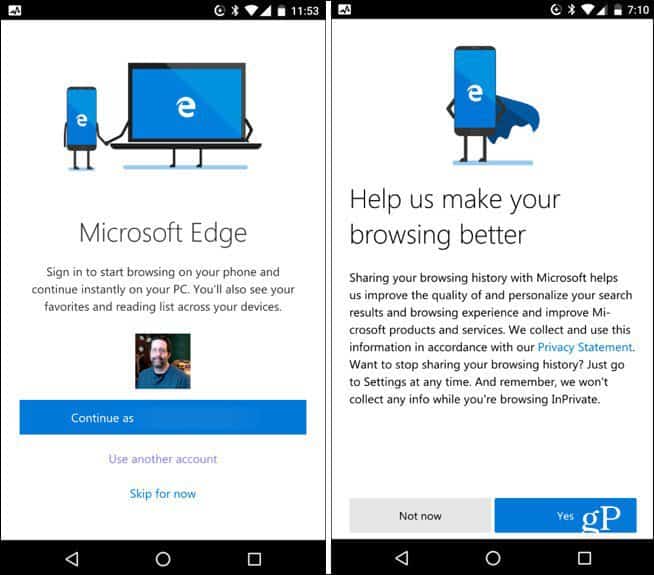 The default home screen has a search box and icons for frequently visited sites. Of course, the default search engine is Bing, but you can change it to Google in Settings. The search box also provides a QR/Barcode scanner and voice search. You can access either of those features by tapping the appropriate icon on the right side of the box. 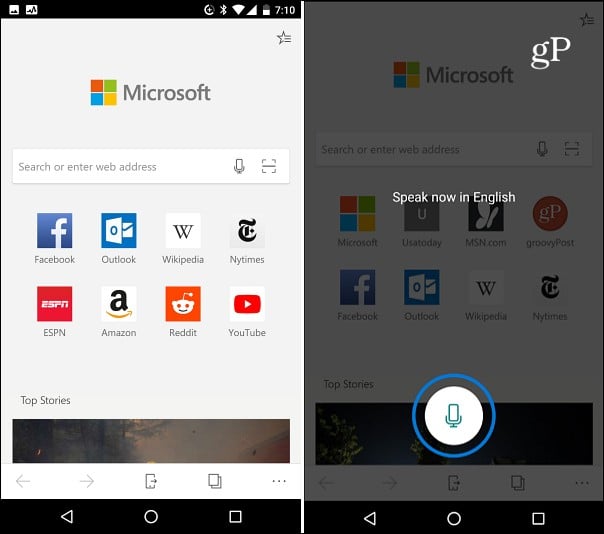 Users of Edge on Windows 10 should also be familiar with InPrivate browsing. Using this setting will prevent the collection of any of your private data. You can access it by tapping the Options or ellipsis icon “…” in the lower-right corner. From the Options menu, you can also choose Settings and other options like finding text on a page and opening a new tab. 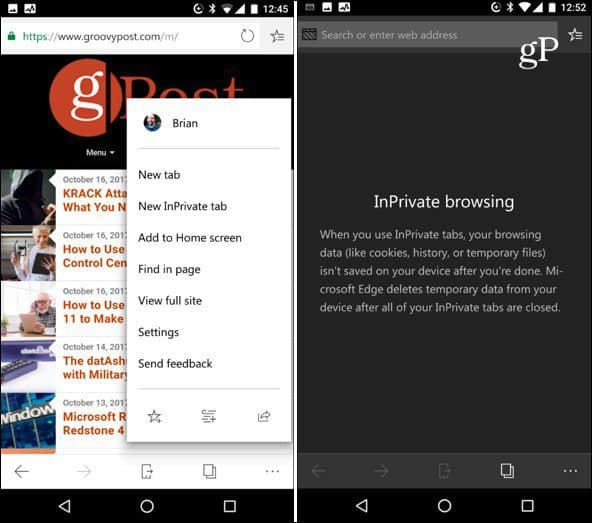 With Edge for Android, you can also use the Continue on PC feature that lets you push links between your phone to desktop. While on a page tap the phone icon at the bottom. Then you can have that page open in Edge on the PC or send it as a link to Action Center. The familiar Edge Hub is also present. To access it tap the star icon to the right of the address bar and there you’ll see recent history and favorites. 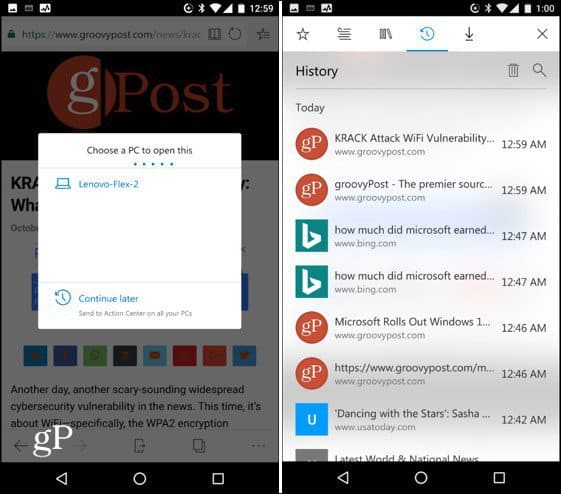 If you’re familiar with Edge on Windows 10, using the mobile version will be a piece of cake on Android or iOS for that matter. It has worked well for me so far during my test run. The interface is more responsive on Android Oreo versus Marshmallow. But, that’s to be expected because the hardware on my Nexus 6P is more powerful than the Marshmallow phone. Just keep in mind that right now it’s still a preview and more features will be added in the future.

Ready to start testing it out? Install Microsoft Edge Preview from Google Play Store and after you’ve used it for a while let us know what you think of it in the comment section below.