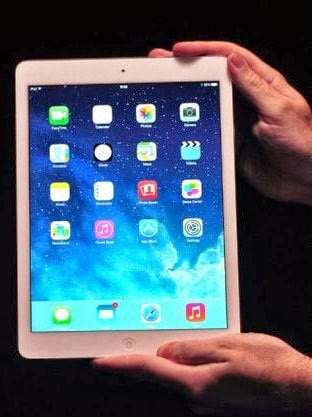 The iPad Air went on sale at midnight on November 1st and our Apple expert .Josh Windisch has had plenty of hands-on time with here’s his findings.

The iPad Air went on sale November 1st at midnight PST, shortly after the keynote where the company announced them. Our resident Apple expert Josh Windisch has had plenty of hands-on time with it and here’s his review.

“It’s so light” are the words you’ll hear spoken by nearly everyone who stops by the new iPads in an Apple retail store. It’s so light, in fact, that Apple gave it a new name alluding to that fact: “iPad Air”. While there’s no substitution for picking it up and feeling for yourself how light this is, I’ll try to convey it in numbers. iPad Air weighs just 1 pound, which is nearly a half pound less than iPad 4, which weighs 1.44 pounds. It’s also 20% thinner at just 7.5 millimeters thin.

Another thing you’ll immediately notice is the new design. Unlike the previous full size iPads that resembled the aluminum found on Macs, iPad Air takes on the design cues of iPhone 5S and iPad mini. The bezel on the sides of iPad Air been significantly reduced, making the full size iPad smaller while still retaining the 9.7″ screen. This drops the width of the device down from 7.31 inches to 6.6 inches. This has been enough to make it much more possible to type with thumbs when holding it in the portrait orientation. 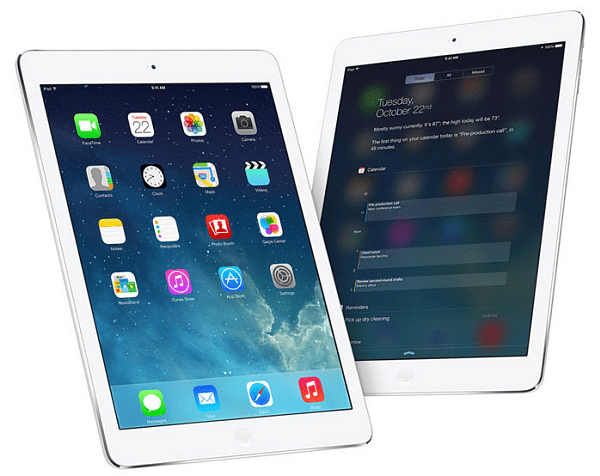 The new 64-bit A7 processor with M7 coprocessor makes iPad Air (not surprisingly) the fastest iPad yet. This is the first iPad with a 64-bit processor, replacing the previous 32-bit dual-core A6X in the iPad 4. When Apple released iOS 7 in September, it made older devices show their age more. I was using iOS 7 on an iPad 3, and some of iOS 7’s visual effects didn’t make it onto the old iPads at all. The blurring effect that accompanies transparencies in iOS 7 is missing, leaving an ugly transparent grey for Control Center, and a simple transparent black for Notification Center. These effects are in full effect on iPad 4, though. My iPad 3 suffered from some keyboard lag, too. Sometimes when changing from letters to symbols there would be a slight delay. The slick iOS 7 animations proved to be a challenge as well. Entering multitasking along with opening and closing apps would be somewhat choppy.

Thanks to that new A7 processor, though, iPad Air swims through the animations with ease and shows iOS 7 the way it was meant to be shown. I even noticed scrolling through image heavy websites is a lot smoother in Safari. Apple claims it’s up to two times faster in CPU and graphics performance than its predecessor. That’s not to say there’s never any issues, though. I noticed that iOS 7 still has some

There are some things I didn’t see much gains in. The rear camera is still 5 Megapixels for photos and 1080p for video, while the FaceTime camera on the front takes 1.2 Megapixel photos and 720p video. There were some improvements to the way the camera handles low-light situations, but it wasn’t a drastic change. It also didn’t get TouchID that Apple introduced in iPhone 5S last month. This isn’t a big deal for me though, since I don’t take my iPad out as much as my phone when I’m out and about, walking around. iPad Air also still has the same great retina display that the iPad has had since the 3rd generation. 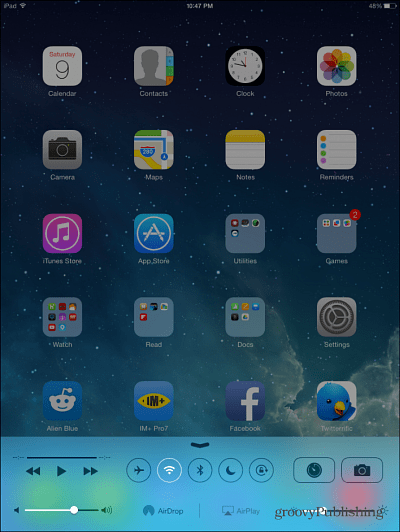 Now, onto the question that everyone asks anytime Apple releases some new shiny thing: Should I upgrade? My answer would be yes to anyone with an iPad 3 or below, and maybe even some iPad 4 owners too. It comes down to the drastic design changes. The weight and size reduction in the iPad Air makes a big difference in the way I’ll use the device. Ever since the iPad mini came out, I found myself wanting the portability of the mini but with the screen of the full sized iPad. That’s exactly what iPad Air is. Tack on the retina display if you’re coming from an original iPad or iPad 2, and the performance improvements over the iPad 3, and upgrading is a no-brainer. Being able to use lightning cables instead of the old 30-pin ones used with the 3rd gen and below doesn’t hurt either.

It’s worth noting that Apple will be selling the iPad mini with Retina display later this month, and it will have the exact same specs as it’s bigg-ER (but not “big”) brother. So, if you aren’t sure whether you want a full 9.7“ screens or the smaller 7.9” screen, it may be worth waiting a little while yet. Of course, you can always go look at the old version iPad mini that’s currently at the Apple store to see if you’d prefer that size.

iPad Air comes in the new colors–Space Gray (black) or Silver (white). If you don’t know which color to choose, I laid out the positives and negatives to each one. iPad Air is available in 16GB, 32GB, 64GB and 128GB sizes. There’s also a Wi-Fi only option or one that includes cellular data with AT&T, Verizon, Sprint or T-Mobile. The WiFi model starts at $499, while the cellular option starts at $629.