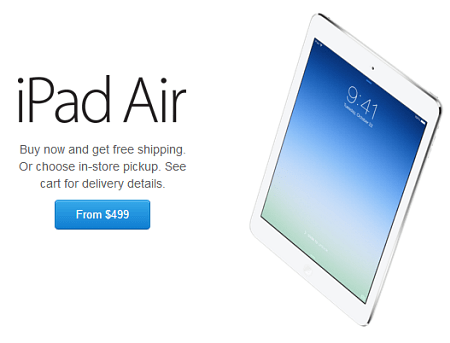 The online Apple Store was down for a couple of hours yesterday ahead of the iPad Air that went on sale this morning. Retail stores open at 8am local.

The online Apple Store was down for a couple of hours yesterday ahead of the iPad Air that went on sale on its site at 12am PT. If you want to get your order in, you’ll need to be up late tonight or wait until 8am when the retail stores open. That doesn’t guarantee you’ll get the new Apple tablet though, if stock is low at the stores or they quickly sell out online.

Last night if you tried to go to the online store, you’d see the following familiar message: “We’re busy updating the Apple Store for you and will be back soon.” 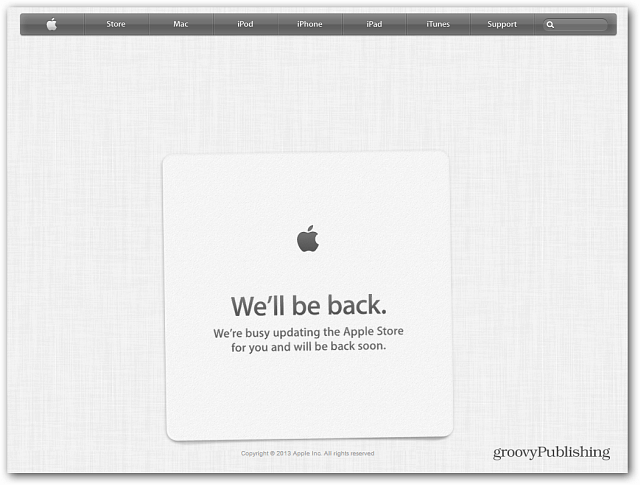 Apple announced the new iPad Air during it’s keynote last week. It is much thinner and lighter than the previous generation ones at only 7.5mm thick and weighing 1 pound. The improvements don’t stop at the new form factor either. Under the hood it sports Apple’s new A7 chip with 64-bit architecture, and a new M7 motion coprocessor for enhanced graphics performance. Another improvement is a 9.7-inch Retina multi-touch display with resolution coming in at 2048×1536 and 264 pixels per inch.

The store went live this morning and most of what was announced at the keynote is available to purchase sans the iPad Mini with Retina Display. For that you’ll need to wait until November. If you want to get the wild looking new Mac Pro, that is coming in December. 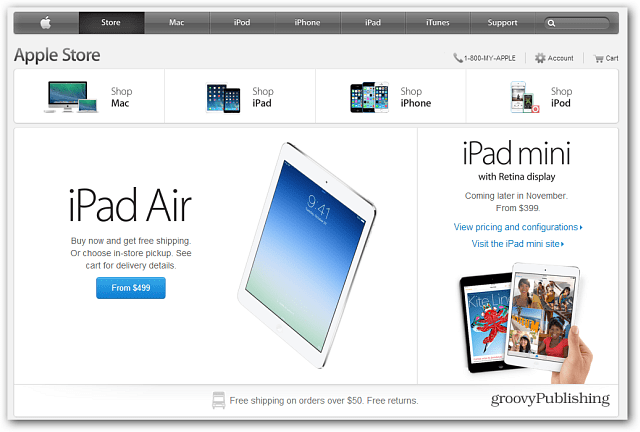 For more on the other Apple shiny new things announced during the Apple keynote this month, check out our article: The New iPad Air and Other Gadgets from Apple’s Keynote.

What’s your opinion of the new iPad, OS X Mavericks, or even the crazy new cylindrical Mac Pro desktop? Will you be frantically refreshing your browser page or standing in line today? Leave a comment below and join in the discussion.