Google launched it’s new Podcasts app for Android this week and here’s a look at what you can expect from the long overdue mobile app.

Google this week has finally rolled out its own Podcasts app for Android that users can download via the Play Store. Google had added podcasts to Play Music in 2016 and even then, we wondered why it took so long and why there wasn’t a standalone podcast app. Nonetheless, the Google Podcasts app is live now and here is a look at what you can expect.

Using the app is straight-forward and intuitive and offers the basic features of what you’d expect from a podcast app. When you launch the app, you’ll see a list of trending and popular podcasts on the home screen. Scroll down on the screen to browse other podcasts in various categories. There is also a search button at the top so you can search for specific shows or topics. When you find something you like, tap on it to get more info and subscribe. And similar to other media curation apps, this will provide podcast suggestions based on your listening habits. 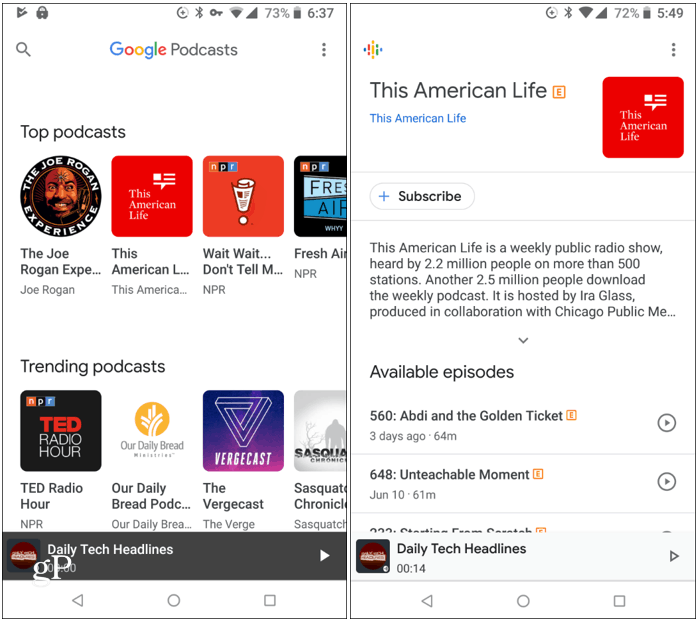 While you’re listening to any podcast, you can bring up the player controls and adjust the playback speed, skip ahead 30 seconds or back 10 seconds. If you want to download a show for offline listening, just tap the download button next to the large Play/Pause button. If you change your mind, just tap the button again and to cancel it. You can also see the show’s description as well as show notes. 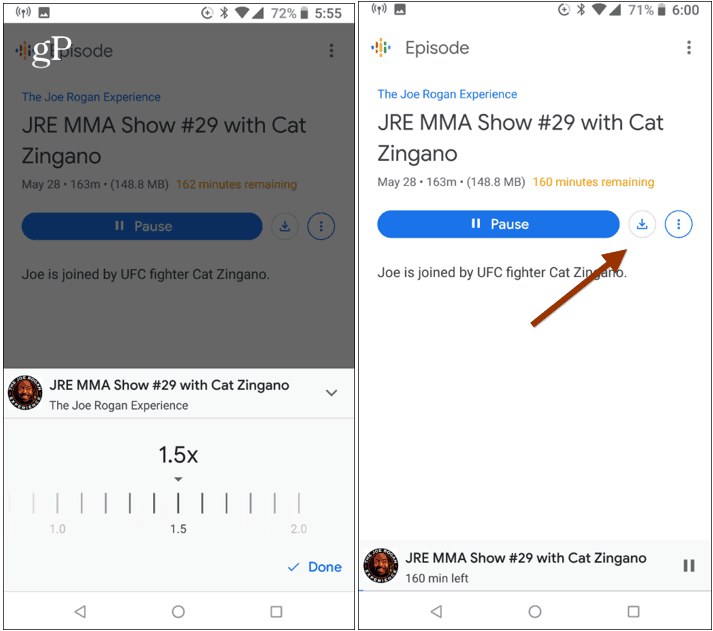 Once you start acquiring your selection of shows, the home screen of the app will populate three sections with new episodes, shows in progress, and downloads. It will also show a list of shows that you’ve recently listened to. When you go into a show’s description, you can tap the options button in the upper-right corner for more options like adding the show to your home screen, visiting the podcast’s website, or manage the app’s settings. 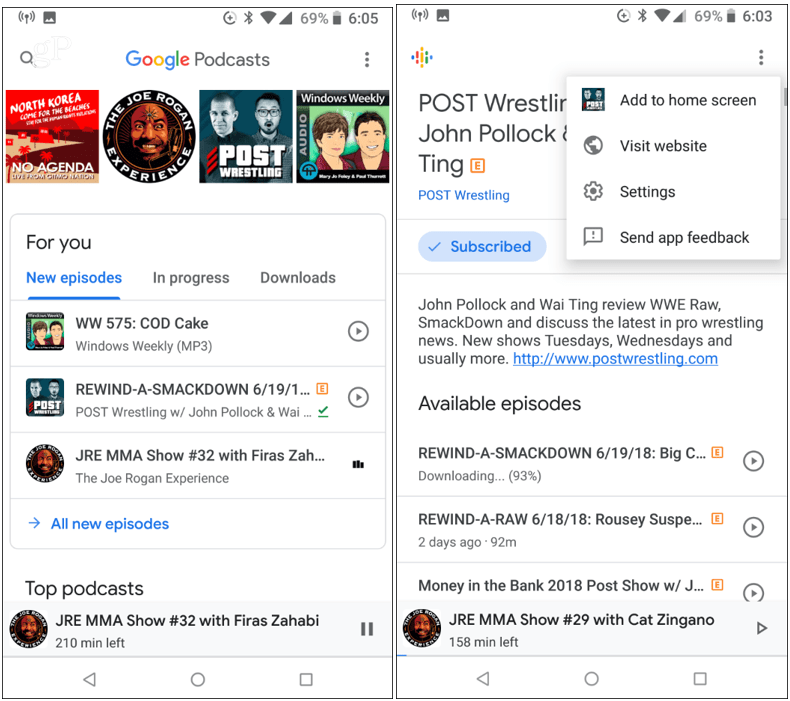 Apple has dominated the podcast market for years since the first iPod was released nine months following the initial release of iTunes back in 2001. A few years later, Apple broke off its Podcasts section in iTunes to its own individual app for iOS. There are, of course, plenty of other podcast alternatives out there for Android such as Castbox, Stitcher, and Pocket Casts. But now the company has its own and it’s nicely laid out, has a clean UI, and is easy to use. It is lacking some features of other podcast managers, however. For example, it doesn’t support playlists and can’t automatically download new episodes — you have to manually download them.

Why it’s taken Google so long to create its own podcast app is unknown, and whether this too little too late version will be successful remains to be seen. Still, if you’re an Android user and a regular podcast listener, this one lets you access over 500,000 active shows and will sync podcasts between your devices including Google Home. But if you’re already happy with the third-party app you’ve been using for years on your Android phone, there doesn’t seem to be an overwhelming need to switch – at least not now. Currently, it’s on Android only, and there’s no official word on whether or not it will come to iOS.