Today Microsoft is rolling out updates for some Windows 8/RT built-in apps. While the updates are incremental, the Mail app improvements are most notable.

Today Microsoft is rolling out updates for some Windows 8/RT built-in apps. The updates were announced yesterday on the Windows Experience Blog. While the updates are incremental, and add a few new features, the Mail improvements are most notable.

According to the Update Release Notes:

Group email messages by conversation to keep your inbox organized.
Respond to meeting invitations directly from your inbox.
Get things done more quickly with faster performance in all apps.
Experience better reliability and usability based on feedback from customers like you.

It allows you to Flag important messages, allows you to filter to see only unread emails first. Also creating and deleting folders directly in the app is provides an easier way to organize your messages.

While not huge, these incremental updates are very much welcomed. Any enhancement to the current state of the Windows Mail app is a good thing! 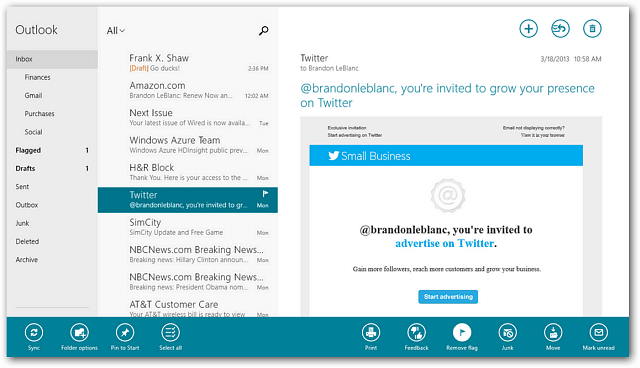 The Calendar app gets a better looking UI that makes it easier to read. A new “Work Week” view has been added, and it allows the use of scheduling assistant for business and corporate accounts that use Microsoft Exchange. So if you use Outlook to schedule meetings, you’ll be able to see the same data in the Calendar app. 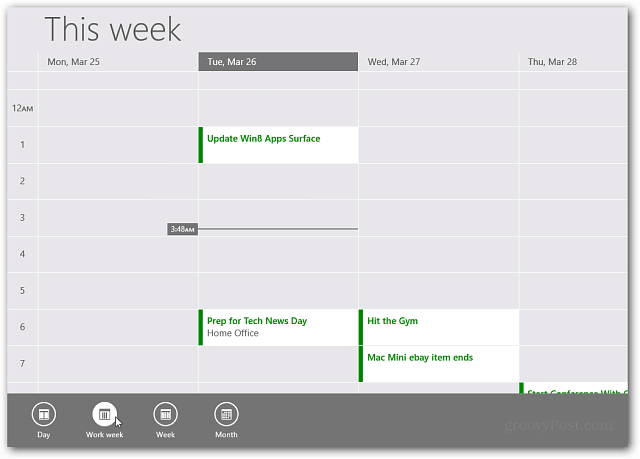 The People App now allows easier navigation to quickly move between your profile, and what friends are posting from the What’s New tab. 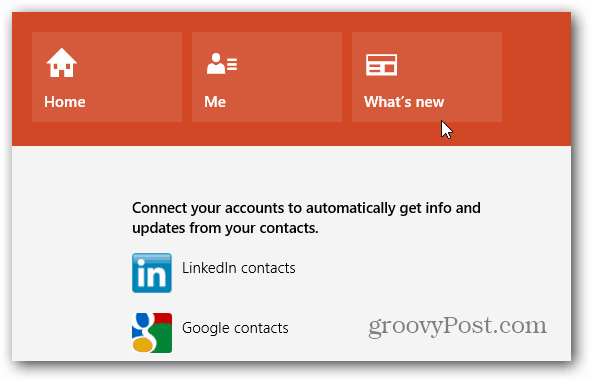 The Windows Store Tile on the Start screen should display an update is available. 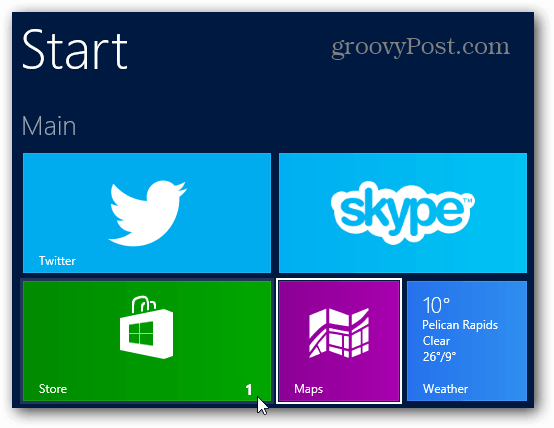 Launch the Store and follow my article on how to update Windows 8 apps if you haven’t done it before. The update is for the Mail, Calendar, People, and Messaging apps built-in to Windows 8 and RT. 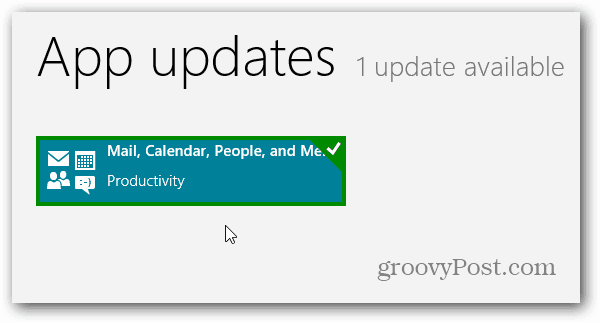 Hopefully we’ll see updates soon for the other core built-in apps like Xbox Music and Video, News, Photos, and others.