After a slow start to 2016, it appears Microsoft is keeping its promise to release new builds of Windows 10 Redstone to Insiders at a much faster pace. On the heels of the last Insider Build 14251 (released last week), Microsoft exec Gabe Aul announced the latest update, Build 14257. 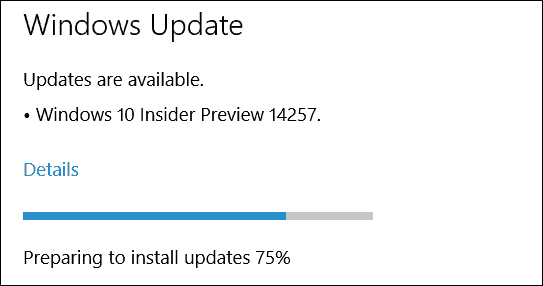 According to Gabe Aul:

As I mentioned last week, we’re at the beginning of a new development cycle for our next feature update to Windows 10. Teams are still early in their new feature work and changes in this build are mostly about laying the foundation for those features to start coming into builds. So you won’t see many visible changes quite yet.

He also notes that the team is seeing several bugs, including some reported by Insiders via the Feedback app. Here’s a look at some of the fixes in this latest build:

And, as with any preview build, here is a list of the known issues in Build 14257:

In addition to the new build released today, Microsoft is retiring the Ninja Cat images from last year. Now, to celebrate the “Year of the Monkey” we can download images of a monkey riding a cloud…? Well, why not right?

Microsoft has made this wallpaper available for Windows Phone, PCs, and the Microsoft Band. 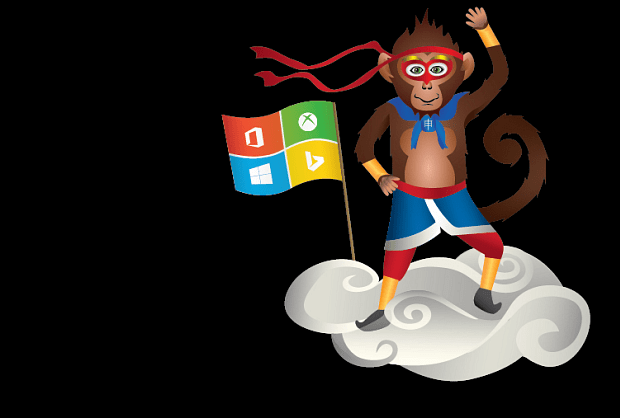 As with all major Microsoft updates or upgrades, a restart is required to complete the installation (which is a full in-place upgrade). You can schedule the restart for a time that works best for you. For more on that, read our guide on how to schedule Windows 10 Update restarts.

After the installation of this new build completes, you can hit Windows Key+R to bring up the Run dialog and type: winver and hit Enter. That will bring up the following screen showing the new build as 14257. 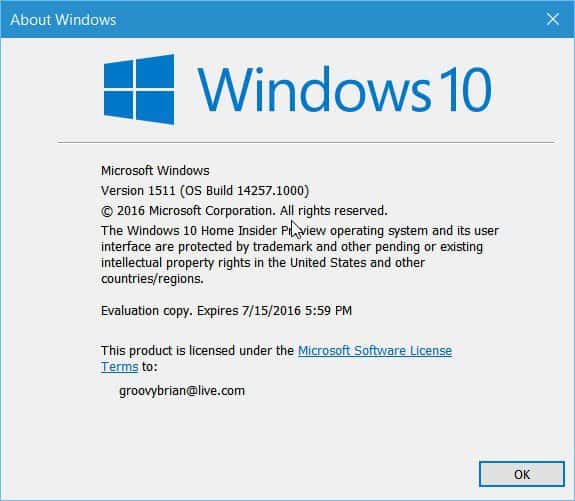 After you run the update, let us know how things are working for you in the comments below. Also, for more in-depth conversation about Windows 10 in general, join our free Windows 10 Forums.