While Apple has shown everyone its all new and certainly longer iPhone 5, Samsung is also working on a new flagship device. More importantly, the Samsung Galaxy S4 seems to already have a release date according to rumors.

While Apple has shown everyone its all new and certainly longer iPhone 5, Samsung is also working on a new flagship device. More importantly, the Samsung Galaxy S4 seems to already have a release date according to rumors. 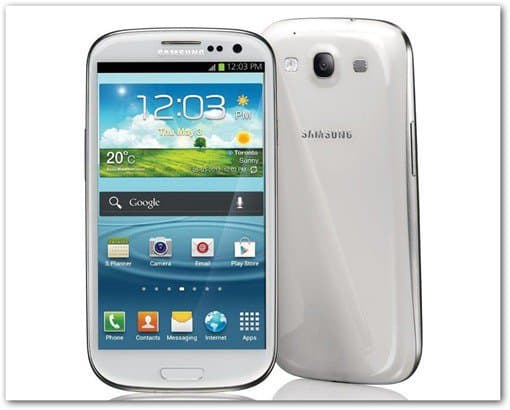 The Samsung Galaxy S3 (pictured above) wass just released in May, but things have to move fast if Samsung plans for the new smartphone to help it in the fight against Apple, a fight that’s being carried both on the market as off — like in courtrooms.

According to the Korea Times, quoting an unnamed Samsung official, the company is planning to show the Samsung Galaxy S4 at Mobile World Congress in Barcelona next year in February. The S4 should then be out on the market in March.

What’s even more interesting is that the official added that the new device will be enough to “curb Apple’s latest iPhone”. Since Samsung has made a habit of putting the latest technology in its S smartphones, I’m pretty sure specs will be impressive.

The Korea Times also found out some details about the new smartphone from Samsung’s suppliers in the area. Like the S4 will be a LTE smartphone, which is nothing new these days, and it will use the company’s own Exynos application processors and quad-core chips.

The new smartphone will also get past the 5-inch screen barrier (a OLED one). The Galaxy S3 had a 4.8 inch screen, while Samsung’s new Galaxy Note (called a “phablet” by some), has a 5.5 inch display. I’m pretty sure Samsung won’t go that far with the S4 though. As good as the Note series’ sales may be, it’s still not for everyone. The Galaxy S series is much more mainstream, but that doesn’t mean that a large display won’t be a welcome thing.

We’ll have to see if all of this confirms and pans out as interesting as it may sound.