The all new iPhone 5 has been introduced today by Apple VP of worldwide marketing Phillip Schiller at an event in San Francisco today. It’s thinner, has a 4 inch display, features LTE connectivity, and a new chip called the A6.

The all new iPhone 5 (not that we care about the name Steve….) has been introduced today at the Apple Event in San Francisco by Apple VP of worldwide marketing Phillip Schiller. It’s thinner, has a 4 inch display, features LTE connectivity, and a new chip called the A6. 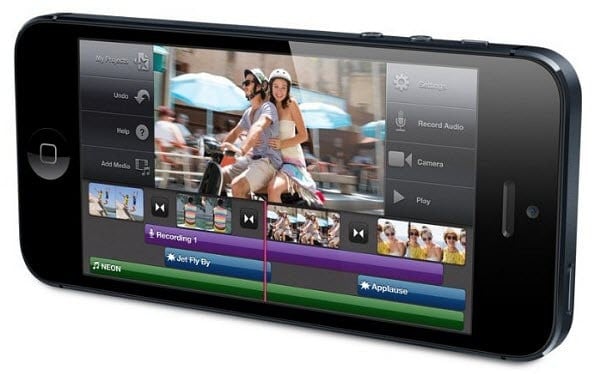 The new iPhone is made entirely out of glass and aluminum and looks just like it did in the leaked photos. No real surprise there. The iPhone 5 is essentially the same width as the iPhone 4S, but taller. It’s 7.6 mm thick, which means it’s 18% thinner than the iPhone 4S and weighs 112 grams. It comes in two colors, White and Black with an aluminum and anodized back. 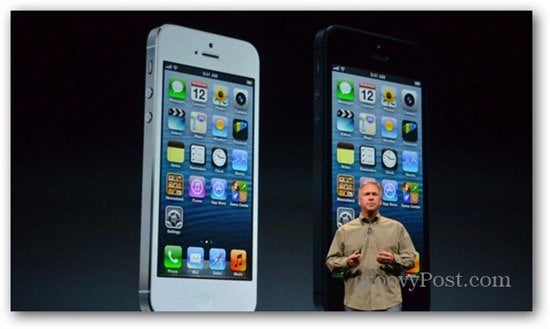 The display is a 326ppi Retina display, 4-inches, with a 1136 x 640 resolution display. The pixel density is the same, but the resolution is higher – Apple says the color saturation is 44% better. Old apps will run letterboxed on the new screen if they’re not updated.

The iPhone 5 is the first to use the new A6 chip. Apple claims its graphics processing is twice as fast as the A5.

Did I mention that FaceTime now works over a cellular network? This is something that should have been done some time ago.

The camera is smaller, but the specs aren’t much different from the one on the iPhone 4S. It does have a sapphire lens cover and Apple has made some improvements. Apple claims it’s 40% faster in terms of image capture and better low light capture — although this remains to be seen as Apple didn’t display any low light photos during the presentation. It also has a panorama mode (something  Android cameras have had for some time already). It also lets you take photos while capturing video.

Speaking of video, the front camera now captures at 720p resolution, while the main back facing camera captures at 1080p with better stabilization and face recognition.

On the connector front, the rumors were completely right. And the great part is that it’s reversible and works by connecting from either end. 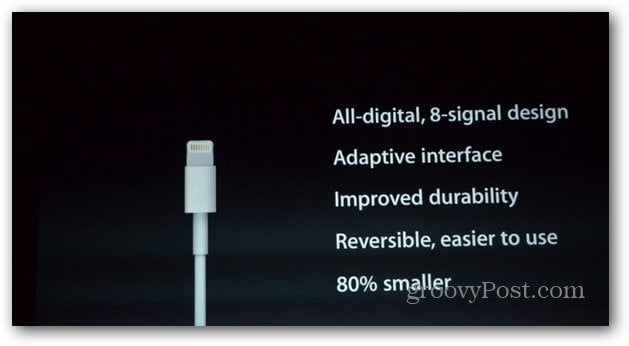 As for the software, I found the new Maps app to be interesting. Safari also has a feature that let’s you to share tabs from your desktop to your smartphone. This is similar to the way Chrome does on Android. Siri has also been updated significantly.