Some photos, allegedly of the new iPhone 5 cable, have made their way onto French site Nowwhereelse.fr. This comes from the same source that provided other, less conclusive photos previously.

Some photos, allegedly of the new iPhone 5 cable, have made their way onto French site Nowwhereelse.fr. This comes from the same source that provided other, less conclusive photos previously. 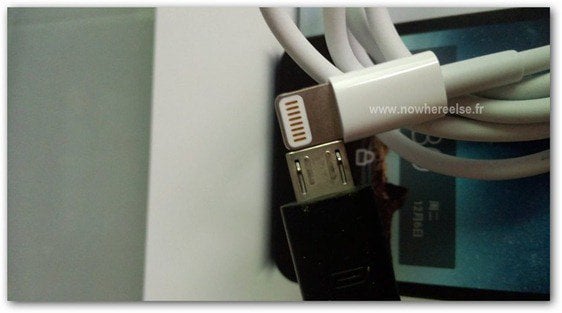 We’ll have to wait for a couple of days to see if this is the real deal, when Apple makes its announcement this week. But considering Chinese accessories manufacturer Veister recently tweeted a picture of an iPhone 5 cable that looks exactly the same, I tend to believe it. The connector in the pictures is very similar in size to the micro USB one that (almost) everybody in the industry uses.

Now, I fail to understand why Apple won’t just go with the flow and use the same connector, and make our lives more convenient, but that just would be Apple’s style would it? They seem to always need a method to “nickle and dime” us with all of the adapters and accessories.