We have a launch date!

After months of speculation, the iPhone 5 (or whatever Apple’s planning to call the new iPhone), finally has an official release date. 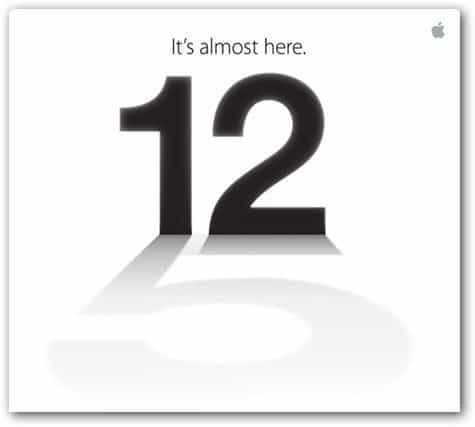 Apple has been sending out invitations to the media for a September 12, featuring the image above. A pretty good clue that the new device will be called “iPhone 5” is the 5-shaped shadow in the image.

According to various reports on the web, Apple won’t be showing its new smaller iPad at the event. I’m guessing they will want to milk as much press out of the product launches as possible and not dilute the iPhone 5 launch.

As far as the iPhone 5 is concerned, there have been a number of rumors (of course) yet honestly no one has any clue what the device will look like or what features it will include. All of us are hoping of course for a larger screen yet thinner, 4G LTE support and perhaps a nano-SIM card, in order to save even more space in the case. 9/12/12 is the date. Hopefully Apple won’t disappoint!