Nokia 808 PureView, the phone with a 41 megapixel camera, is set to make its way to the US today.

The Nokia 808 PureView, the best camera phone on the market (at least where megapixels are concerned) will be making it’s debut today on the US Market. Why is this interesting…. I have 41 reasons million reasons! 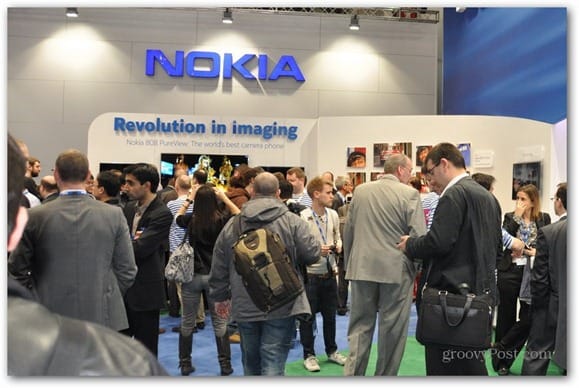 OK well not exatly 41 million reasons however the Nokia 808 Pureview IS interesting to most geeks and camera enthusiests because of its 41 megapixel camera it sports. And no — that is not a typo. 41 megapixels!

According to sources, Nokia should be making the announcement no later than this afternoon sometime. The same sources said the company has been suggesting something related to the megapixel-ish phone since yesterday in a cryptic post on its official Facebook account so it looks like it will finally drop.

One odd thing about the phone (other than the insane camera) is that although Nokia is going all-in with the Windows Phone OS (an OS that predictions say will grow a lot in the future), it runs Symbian. Huh? Yeah, we thought that was dead as well. But since the phone has been around for a bit and already for sale in Europe and Asia, it makes sense.

But honestly, people won’t be buying this mobile phone for the OS or for its looks for that matter – it’s pretty bulky. It’s a phone you’ll be buying for the camera, a whopping 41 megapixel one. In terms of megapixels, it’s the best camera you’ll find in a phone at the moment.

What’s interesting is that the PureView is also available for pre-order in the UK on Amazon.co.uk for close to 500 British Pounds (which is around $ 782). Nothing on what the price will be in the US but with a camera like that, it won’t come cheap.