Microsoft is getting closer to the final version of Windows 10 1809 and today released another new insider preview build.

Microsoft today released Windows 10 Redstone 5 preview build 17741 to Insiders in the Fast Ring. This build doesn’t include any new features but does include several fixes and improvements. It also includes an easier way for Insiders to access the Your Phone app, which we covered earlier this week. Here is a look at what you can expect in today’s build. 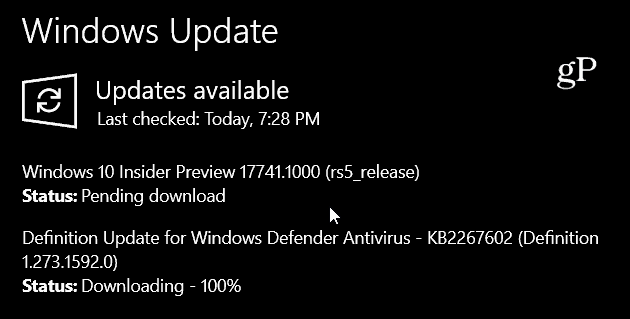 The company also notes that in this build, there is an easier way to get the Your Phone app which is still in early development. “We’ve added a new entry point to Your Phone app. Notice a desktop pin? It’ll take you directly to Your Phone app – for quicker access to your phone’s content,” notes Dona Sarkar in today’s announcement. You can also find it by going through the Start menu if you want.

Another important thing to note about today’s build is it has a new version number. It is now officially Windows 10 version 1809. After this update installs, hit the Windows key and type: winver, and hit Enter. There you will see the version number has officially been bumped to 1809. 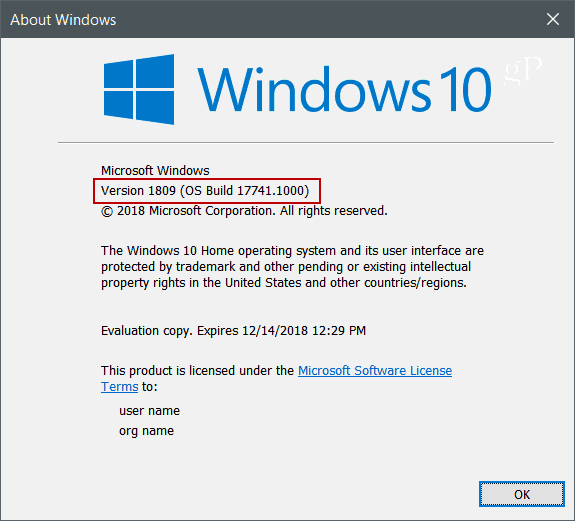 Here is a look at other changes and improvements that are included in today’s build:

And, as is the case with all preview builds, there are some known issues in this build, too. Make sure to check out the full article to review all known issues, workarounds, and developer notes.