Microsoft today is releasing Windows 11 Build 22000.71 to Insiders in the Dev Channel. Here’s a look at what’s new.

Microsoft today is releasing Windows 11 build 22000.71 to Insiders in the Dev channel. This is the third version since the company first launched Windows 11 and is the follow-up to build 22000.51. This new release has a few new features and a good amount of fixes and improvements under the hood. Here is a look at what you can expect. 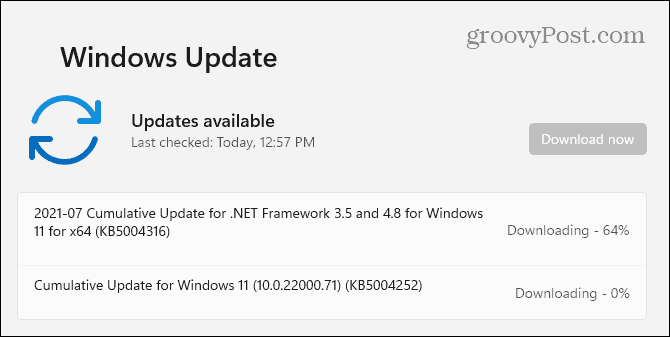 Today’s release has a few new interesting new features like a new entertainment widget. According to the blog post:

There are also context menu improvements. They have been updated to what the company calls “Acrylic material.” There are also taskbar improvements in this build. The thumbnail previews you see when you mouse over apps have been updated to reflect the new GUI. The company is also testing the usability of a SplitButton to make folders and files command the Explorer bar.

And here is the list of fixes and improvements you can expect in today’s release:

Keep in mind that Windows 11 is still in the “beta” stage and is the reason it’s only being offered through the Insider program. When it is official and ready, it will start rolling out in stages. We think it will come preinstalled on new machines and available to so-called “seekers.”