Microsoft is rolling out Windows 10 20H1 build 19041 to Insiders today. It is expanding the new Quick Search features to more countries.

Microsoft today released Windows 10 20H1 build 19041 to Insiders in the Fast and Slow rings. This version follows build 19037 which was rolled out last week. Microsoft is near the final development phase of this next release. And, similar to other recent builds, this one includes a handful of fixes and improvements. In addition, it introduces some of the new Quick Search features to more countries.

Starting with build 19018 Microsoft introduced new Quick Search features including Weather, Top new, Today in history, and New movies. With today’s build, those features are expanding to other countries including Australia, Canada, Mexico, Germany, France, and others. Depending on your location you will see two of the aforementioned Quick Search options. 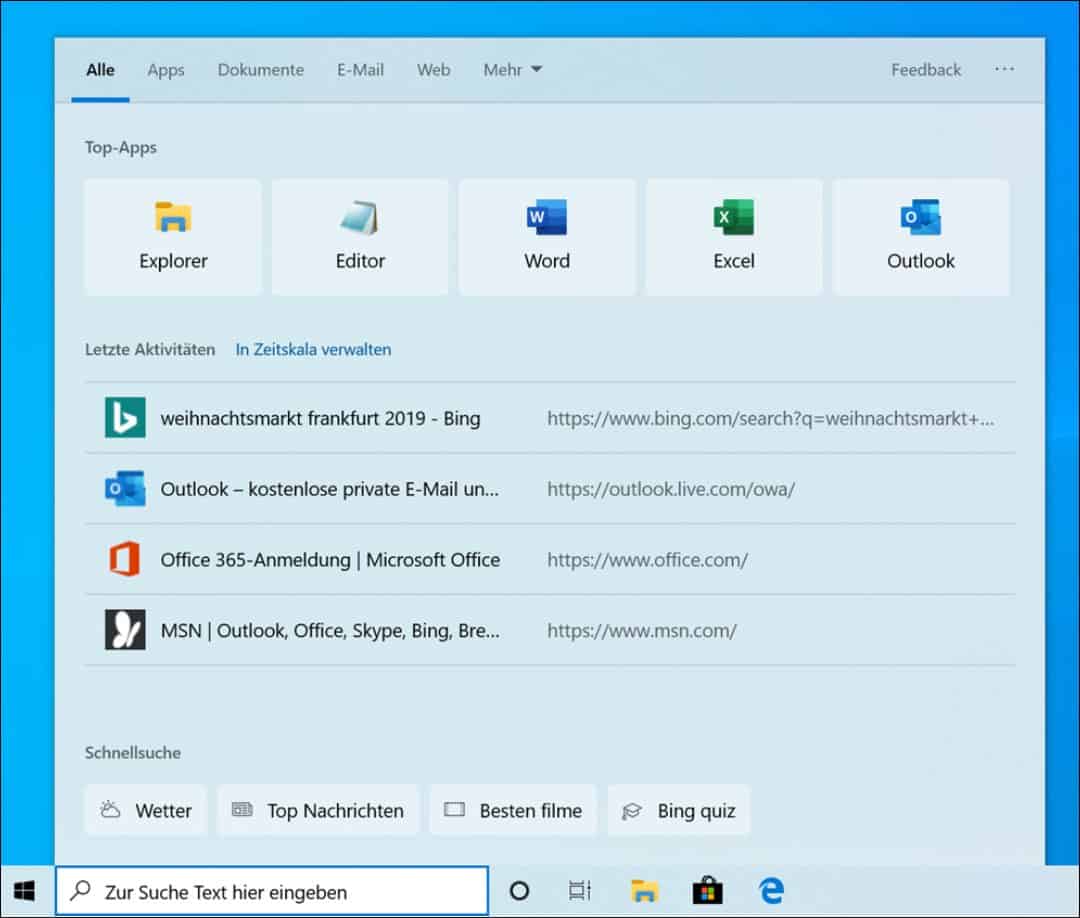 In addition to rolling out the Quick Search features, here is the list of other changes and improvements in today’s build:

Remember that while 20H1 is near completion it is not final. And Microsoft notes that there is still more work that needs to be done. In fact, there are still documented known issues that need to be resolved.

Just like all Insider preview builds this one has bugs and stability issues. Don’t install Insider builds on your main production machine. Instead, use a secondary PC for testing. Make sure to read Microsoft’s full blog post for all known issues, changes, and workarounds for today’s latest build release.