Today Microsoft released another new update to Windows 10 20H1 in the form of Build 19018. It includes a few changes to search and overall system improvements.

Microsoft today released Windows 10 20H1 preview build 19018 to Insiders in the Fast ring. This build follows last week’s build 19013 which was light on new features other than new Kamoji and WSL changes. Today’s build includes improvements to search as well as other overall system fixes and improvements. Here’s a look at what you can expect.

Note: Microsoft is moving the finalization of 20H1 up three months and is set to roll out in December. The company has rearranged its release dates of feature updates to coincide with its Azure cycle. Windows 10 19H2 — November 2019 Update version 1909 — which is essentially a service pack is still set to release soon.

Quick searches now show up in your Search Home. Four quick web searches have been added including Weather, Top news, Today in history, and New movies. 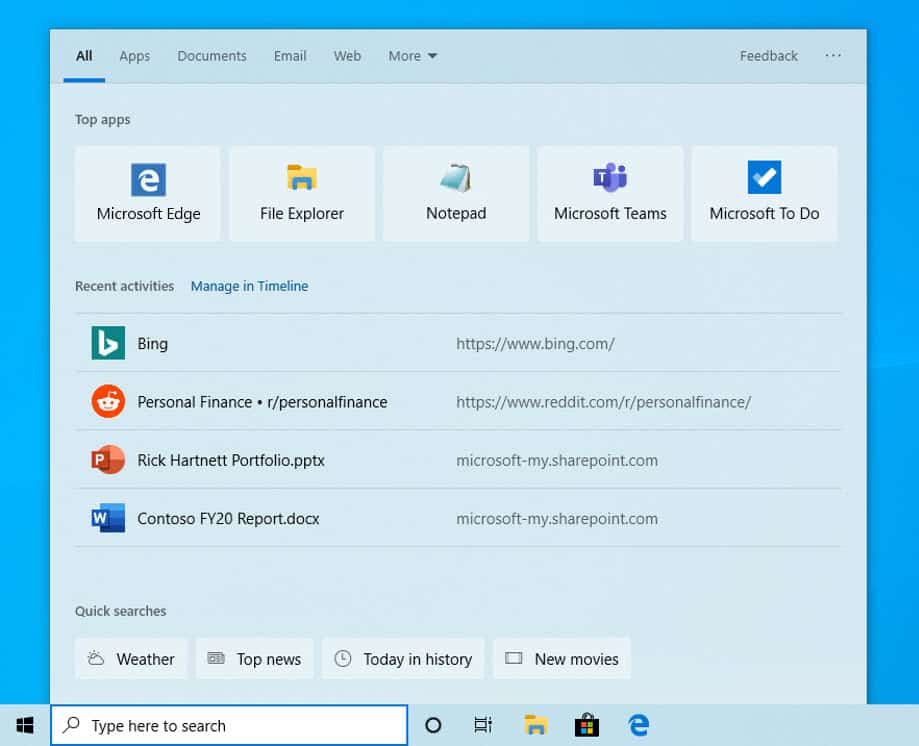 Also, there are minor tweaks and updates to the UI for web preview search results. 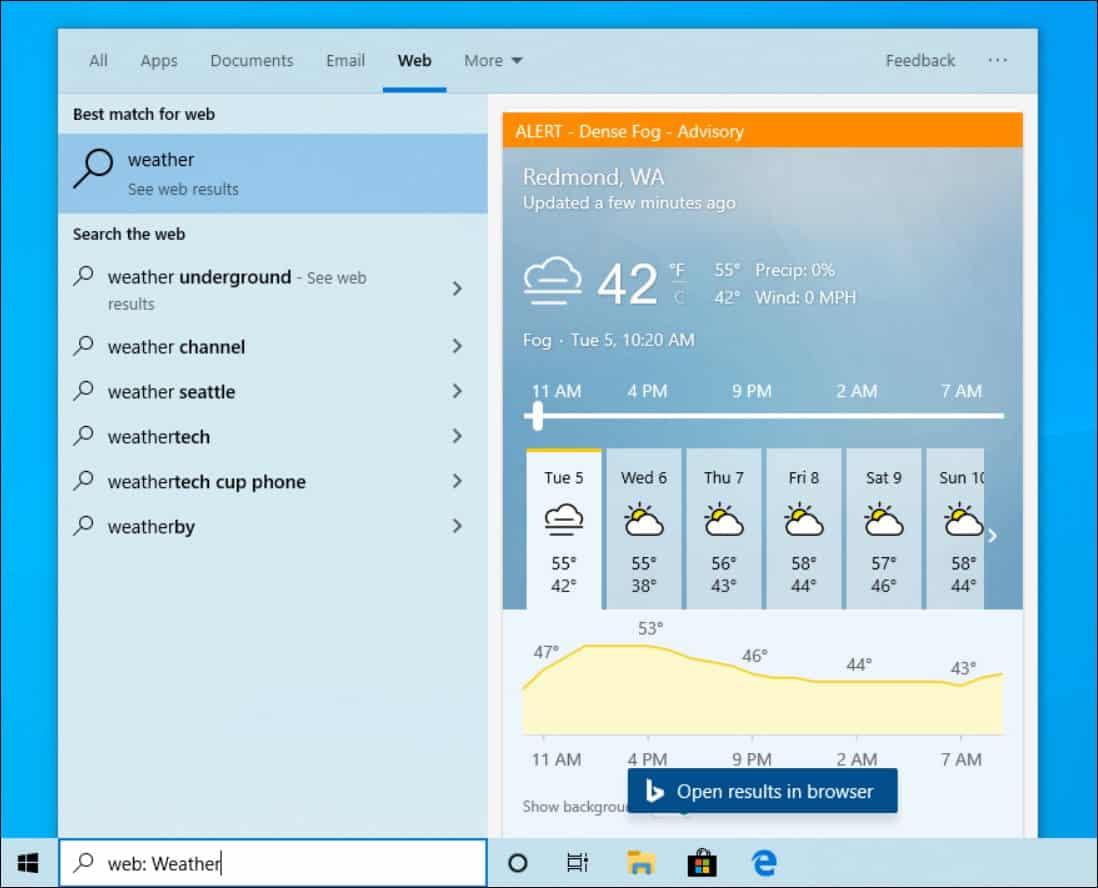 In addition to the features above here is the list of other changes and fixes included in today’s build:

Remember that with Insider builds you can expect a lot of bugs and other issues for both users and developers alike. Make sure to read Microsoft’s full blog post for all changes, known issues, and workarounds.