Microsoft announced on Wednesday that a new Xbox Video app for Windows Phone 8 (WP8) is available. It allows you to stream movies and TV from the cloud or purchase the media and download it to your device.

Currently all multimedia was sort of combined in to one tile on WP8. You would tap the Music+Videos tile and there have access to music, podcasts, and videos.

Note: Microsoft also has a preview of an Xbox Music app for WP8 available for Music Pass subscribers. 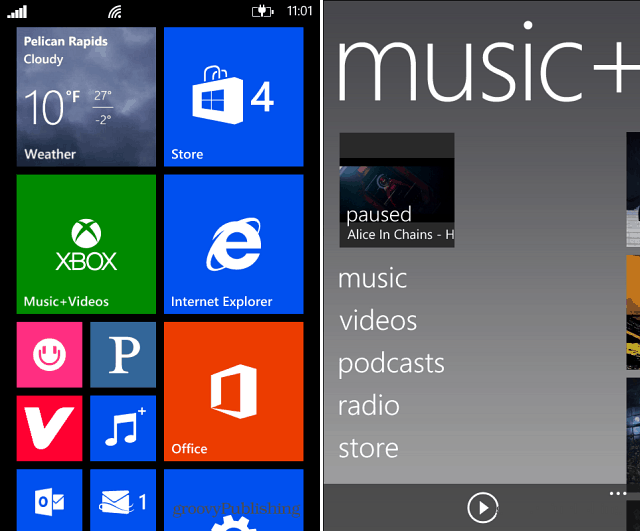 Weirdly though, you needed to manually connect your phone to your computer and drag your videos over. Of course you can watch them from SkyDrive, via IE, or through other apps. 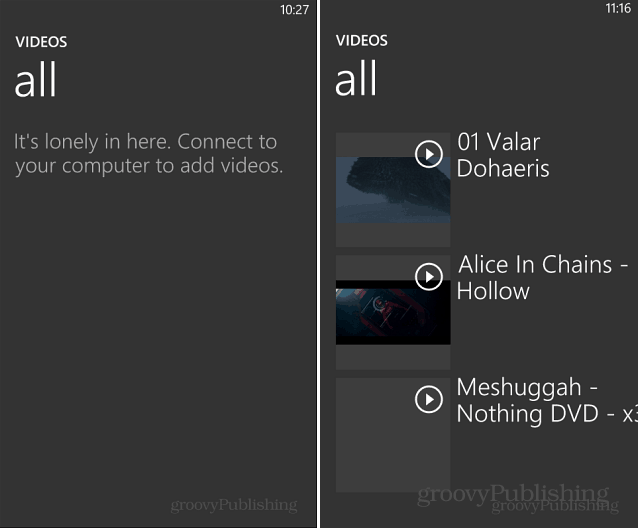 You can download the Xbox Video app for WP8 through the Windows Phone Store. Once you launch it you’ll be able to browse through a surprisingly good collection of TV and movies. 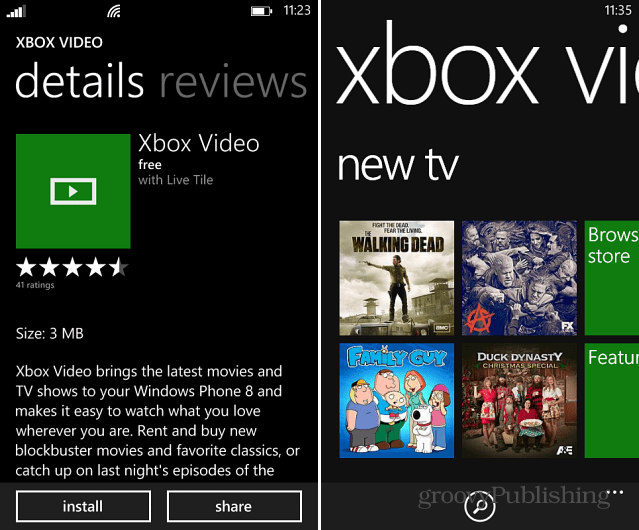 Like other video services, you can purchase individual movies or TV shows, get season passes, and create video playlists. One thing to note is while you can purchase HD content, you can only watch it in SD on Windows Phone right now. 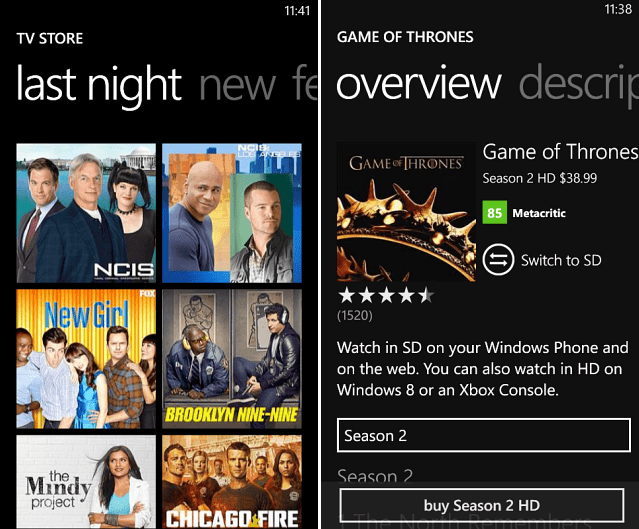 It’s also worth noting that the company announced a new web store at XboxVideo.com. The web interface looks a lot like web version of Xbox Music that we covered earlier this year. 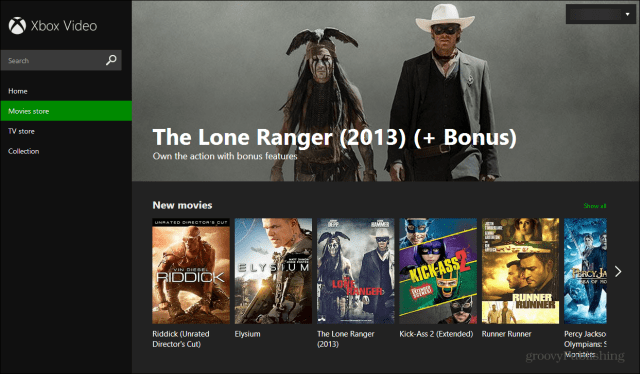 Once you purchase content under your Microsoft account, it follows you everywhere to different devices – similar to how Amazon WhisperSync and Netflix does. The announcement from yesterday explains it best:

With Xbox Video, your collection follows you from screen to screen in the cloud. For example, you can buy and start a movie or TV show from XboxVideo.com or Xbox Video on a Windows 8.1 tablet, and continue watching on your Xbox One, Xbox 360 or Windows Phone 8. And with Xbox SmartGlass, you get a richer viewing experience that isn’t found anywhere else. Xbox SmartGlass integrated with Xbox Video for Xbox One and Xbox 360 offers second-screen experiences with bonus content and exclusive extras, serves as a remote control, and gives you new ways to interact with whatever you’re watching.

I’ll be testing this out more this week and over the weekend and follow up with anything of interest. If you try it out, leave a comment and let us know what you think!