The Microsoft Edge web browser is now available for iOS and Android. Find out how it integrates with Windows 10.

We’ve been covering the development and release of Microsoft’s next big push into the mobile market: its very own mobile browser, Edge. As we saw in the mobile Edge preview, Edge for iOS and Android embraces the same features and experience as the Windows 10 desktop version of Edge does.  The clean, speedy, pared-down interface of Edge makes even more sense on a mobile platform and is a worthy contender in an already crowded playing field occupied by Safari, Firefox, and Chrome.

We’ve shown you Edge for iOS and Android before. Now, you can try it out for yourself.

Microsoft Edge for iOS is a 66 MB download from the App Store and works on iPhone’s running iOS 9 or later. You can download the Android version from the Play Store here. There is no support for iPad or iPhone X at this time, but the company is working on an update to add support in a future release. 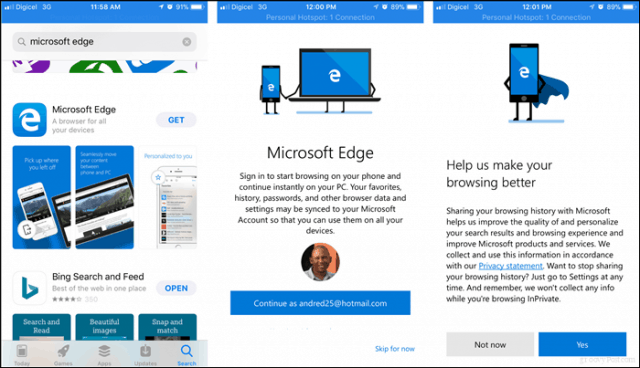 Edge works like any other browser right out of the box, but to get the most out of it, you’ll want to link up your iPhone with your Windows 10 device running Windows 10 Fall Creators Update (1709) or later. This will let you take advantage of the integration features similar to Continue on PC for iOS and Android.

After setting up your phone with Windows 10, launch Edge and sign in with your Microsoft Account to sync all your bookmarks, address history and reading lists. Once set up, you can browse websites on Edge like you normally do in other mobile web browsers.

Users accustomed to using Edge on Windows 10, will see features also found in its desktop sibling such as the address bar, refresh, favorites hub, back and forward, continue on pc, tabs and the more actions menu. All these elements are hidden when browsing. 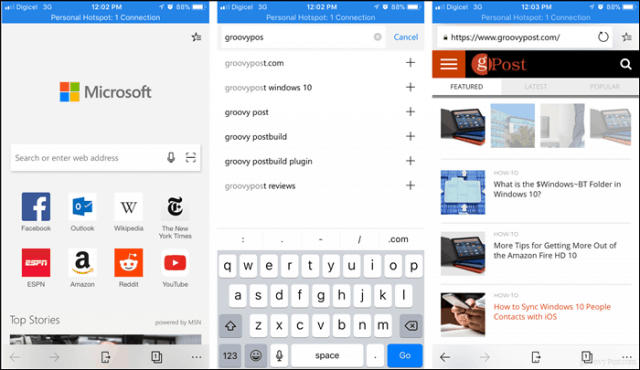 There is a distinct purpose in Edge for those us who mix Windows 10 and iOS devices. Evolving out of Continue on PC, Edge lets you move your web browsing activities from your iPhone to a Windows 10 PC. This is easily done by tapping the Continue on PC menu in Edge, which brings up a menu offering to send the page you are reading to a linked device. 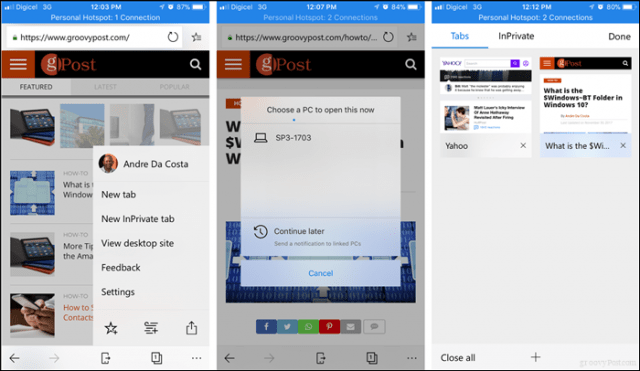 I must say the process is relatively seamless and fast. There seem to be major improvements in stability and performance since last time I tried it. Wi-Fi removes a lot of the complexity that is normally associated with technologies like Bluetooth, something I had a hard time with when using similar technologies like Continuity on the Mac. Edge also takes advantage of system-wide iOS features such as the share sheet. So, you can easily share a web page with Notes or other installed apps or create a PDF from a page in Edge. 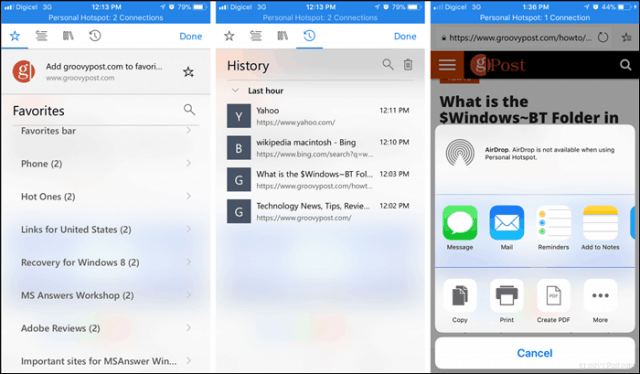 Other features in Edge for iOS include private browsing mode, a built-in QR code reader, all-in-one Hub View and voice search. You can also choose a different search engine such as Yahoo! or Google search. 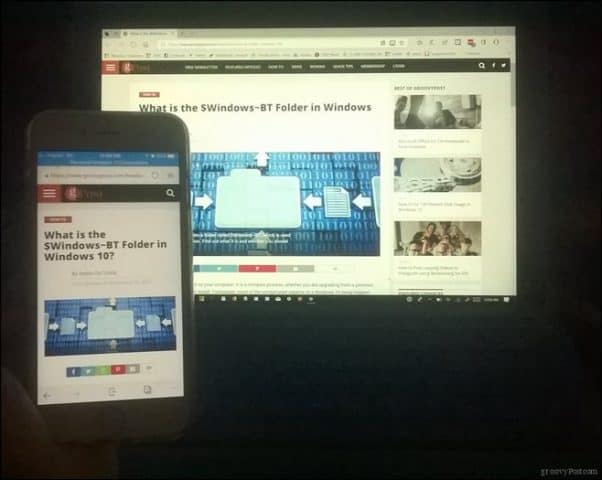 With Edge on iOS and Android, its another sign of Microsoft finding its true calling – a uniter. Bridging the gap between the devices we are likely using. Microsoft has always been a software company, and Edge is another great example of what happens when the competitive streak is set aside for the greater good.

Give Edge for iOS and Android a try and let us know what you think!