On Tuesday Microsoft announced it is acquiring the Nokia Devices and Services unit. Microsoft is purchasing that unit for $5 Billion and is spending an additional $2.2 Billion to license all of Nokia’s patents. This is a bold step considering Steve Ballmer announced he is leaving the company within the next 12 months. Nokia President Stephen Elop will be returning to Microsoft, which leads many to already speculate he might become the next Microsoft CEO. 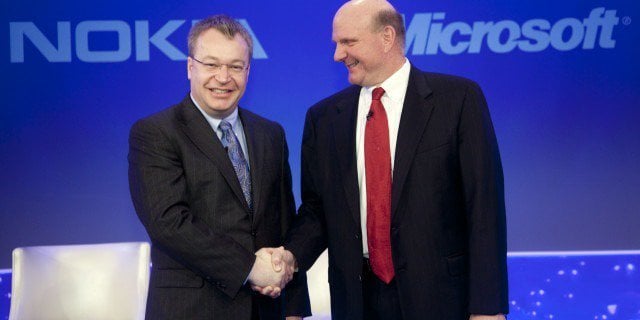 From the Microsoft Press Announcement:

REDMOND, Washington and ESPOO, Finland – Sept. 3, 2013 – Microsoft Corporation and Nokia Corporation today announced that the Boards of Directors for both companies have decided to enter into a transaction whereby Microsoft will purchase substantially all of Nokia’s Devices & Services business, license Nokia’s patents, and license and use Nokia’s mapping services.

Building on the partnership with Nokia announced in February 2011 and the increasing success of Nokia’s Lumia smartphones, Microsoft aims to accelerate the growth of its share and profit in mobile devices through faster innovation, increased synergies, and unified branding and marketing. For Nokia, this transaction is expected to be significantly accretive to earnings, strengthen its financial position, and provide a solid basis for future investment in its continuing businesses.

Steve Ballmer also sent an email to all Microsoft Employees on the Nokia Deal:

“We announced some exciting news today: We have entered into an agreement to purchase Nokia’s Devices & Services business, which includes their smartphone and mobile phone businesses, their award-winning design team, manufacturing and assembly facilities around the world, and teams devoted to operations, sales, marketing and support.”

In the email to employees Ballmer actually some general questions most people will have about the deal and how it will affect the company. Here’s a couple of interesting statements Ballmer made:

What do you think of the news? Brilliant step by Microsoft? Does this mean Microsoft will continue to enhance its development of Windows Phone, a possible “Surface Phone” in the future? Elop the next MS CEO? More tablets?

A lot of questions for sure, and this story will definitely be fun for us to follow. Let us know your take in the comments below!

Upadate: Steve Ballmer appeared on CNBC this morning to discuss the deal. Here’s the video of the five minute interview: