Logitech has been producing PC speakers for a long time, and it recently announced a new set of MX Sound desktop speakers. 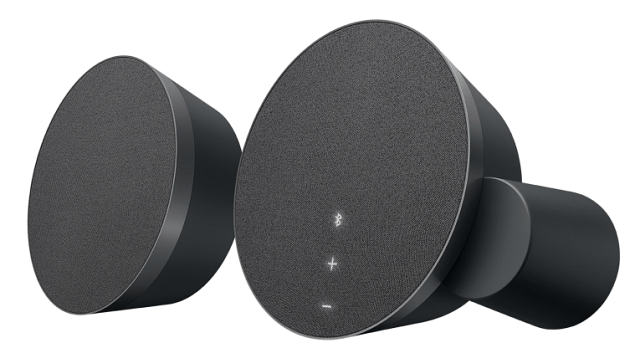 Logitech has been producing PC speakers for a long time, and it recently announced a new set of wireless desktop speakers. Logitech’s MX Speakers have been aesthetically designed to complement Logitech’s other premium MX devices like the new CRAFT Advanced Keyboard with Creative Input Dial and MX Master 2S wireless mouse.

The MX Sound speaker system allows you to connect up to two Bluetooth devices and/or use the included standard 3.5 mm headphone jack. The set of speaker housings are slightly over 6.3 inches (160mm) in diameter. These aren’t too large but reasonably sized for a desktop station. The set of speakers weigh in at 3.8 lbs (1.72 kg). They connect via Bluetooth version 4.1 and a reliable line of sight range up to 80 feet (25 meters).

One major feature to note is the motion activated back-lit controls. Just wave your hand in front of the right speaker to display illuminated icons. The controls allow you to pair a device via Bluetooth or adjust the volume. To help conserve power they go into standby mode after 20 minutes of inactivity. With Logitech’s Easy-Switch technology you can seamlessly switch between audio sources. You just need to hit pause on the device you’re listening to, and then play on the other device you want to hear. The following video from the company gives you an idea of how the back-lit controls work.

When it comes to sound, sometimes Bluetooth desktop speakers can fall short. However, the quality of audio output of these speakers will make for a nice addition to any workspace. There is no dedicated subwoofer (which makes for a small footprint), but the speakers should offer a decent punch of bass with rear facing port tubes at 15-Watts of RMS power (24 peak) equals plenty of power for the two drivers.

And, it should go without saying, but if you connect your laptop, tablet, or phone it will be quite an upgrade from the onboard sound of those devices. We have a set in-house for testing and will have a complete review in the coming weeks. 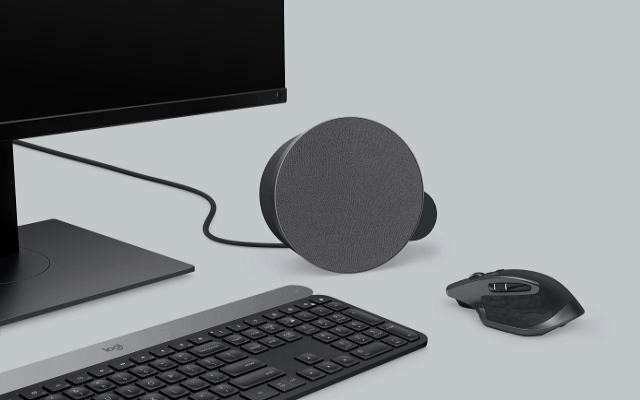 The Logitech MX Speakers include a one-year limited warranty and are set to go on sale in October for a suggested retail price of $99.99. You’ll be able to purchase them from select retail outlets and you can pre-order a pair now at Logitech.com.